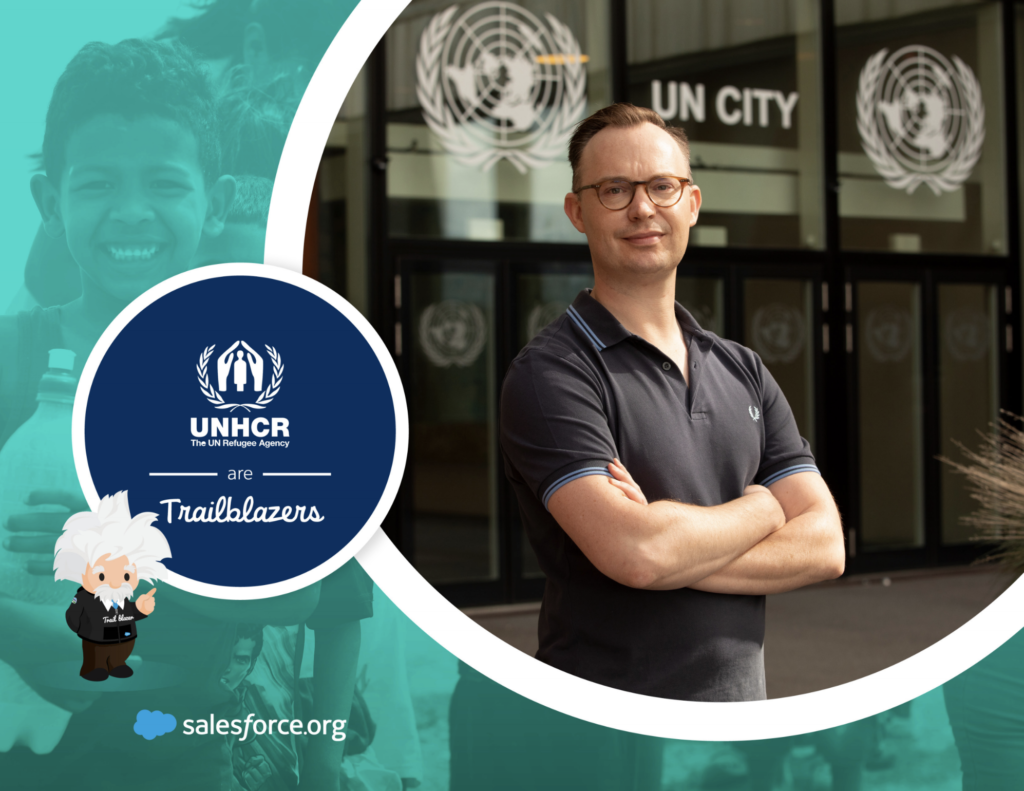 This month, we’re sharing inspiring stories from European trailblazers. Each week, we’ll go behind the scenes to find out how nonprofits are making a difference in people’s lives. This week, we head to Copenhagen, from where UNHCR, the UN Refugee Agency manages their global fundraising operations. Follow #NGOTrailblazer on Twitter and keep an eye on the blog for our next instalment.

UNHCR is dedicated to saving lives, protecting rights, and building a better future for refugees, forcibly displaced communities, and stateless people around the world. It’s been a trailblazer for Human Rights since 1950 when it was tasked with looking after the refugee flow to Europe following the Second World War.

Today, there are 70.8 million forcibly displaced people worldwide whom UNHCR are helping restart their lives, and its efforts have been rewarded with two Nobel Peace Prizes. The work of UNHCR is just as relevant today as it was nearly 70 years ago – there are more than 16,000 people working tirelessly in 134 countries around the world.

The organisation steps in when conflict or political upheaval results in people being displaced and provides community, health, and legal services on a massive scale. Thanks to its global network of suppliers, agencies, and partners, UNHCR can support a staggering 600,000 displaced people in simultaneous emergencies with life-saving essentials in just 72 hours.

The organisation’s response to the Rohingya crisis in Bangladesh is a good example of its ability to provide rapid and relevant support to people fleeing conflict and desperate living conditions. Within the first three months of the emergency, more than 100 team members from UNHCR and partner agencies were deployed to support 900,000 refugees, distributing core relief items to provide shelter and basic necessities.

UNHCR always aims to carry out its work as sensitively as possible, for example, by providing families with vouchers and cash, so they can fulfil their needs in a dignified manner. It also successfully connects family members who have lost touch, by quickly coordinating registration data at its reception centres. 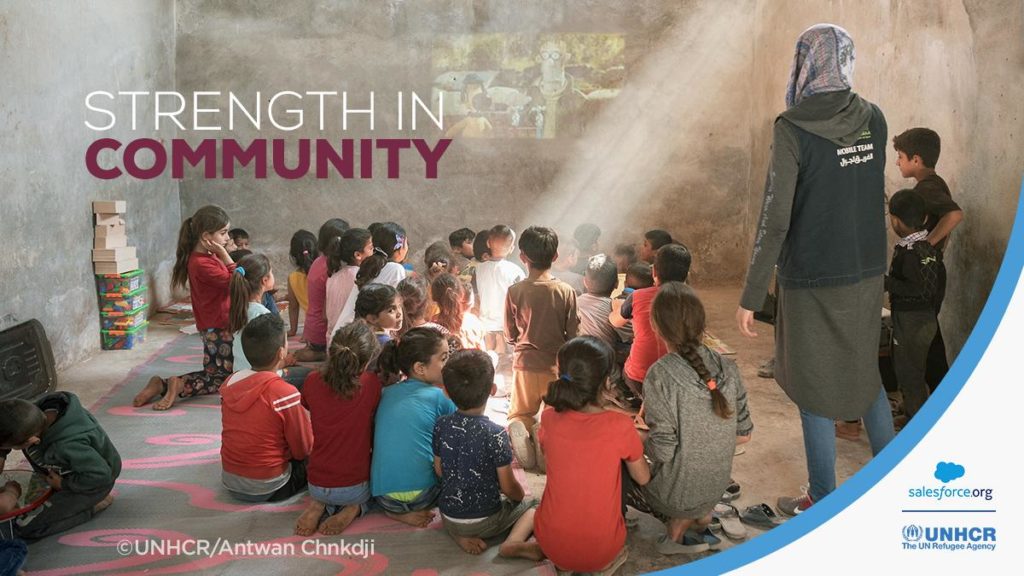 Financial contributions from governments around the world make up around 86% of UNHCR’s income. As its remit has grown, so too have its costs: the annual budget reached a new high of $8.6 billion in 2019.

To plug the funding gap, the organisation is working more closely with private sector partnerships, companies, institutions and individuals. It has set an ambitious target of raising $1 billion each year from the private sector from 2025 onwards.

With revenue coming from multiple sources, UNHCR needs to build closer relationships with private donors and track how money is being spent. UNHCR has used Salesforce since 2014 to help manage the private donor lifecycle – from lead generation to ongoing personalised communications. It also uses the platform to process one-off and recurring payments in multiple currencies.

Boosting collaboration and efficiency on a global scale

Unlike many nonprofits, fundraising is very much a global affair for UNHCR, which means it needs to ensure colleagues from fundraising offices around the world remain connected. It recognises that maintaining remote relationships can be hard, so it brings teams together at its annual global skillshare to discuss ideas, share knowledge and strengthen relationships. 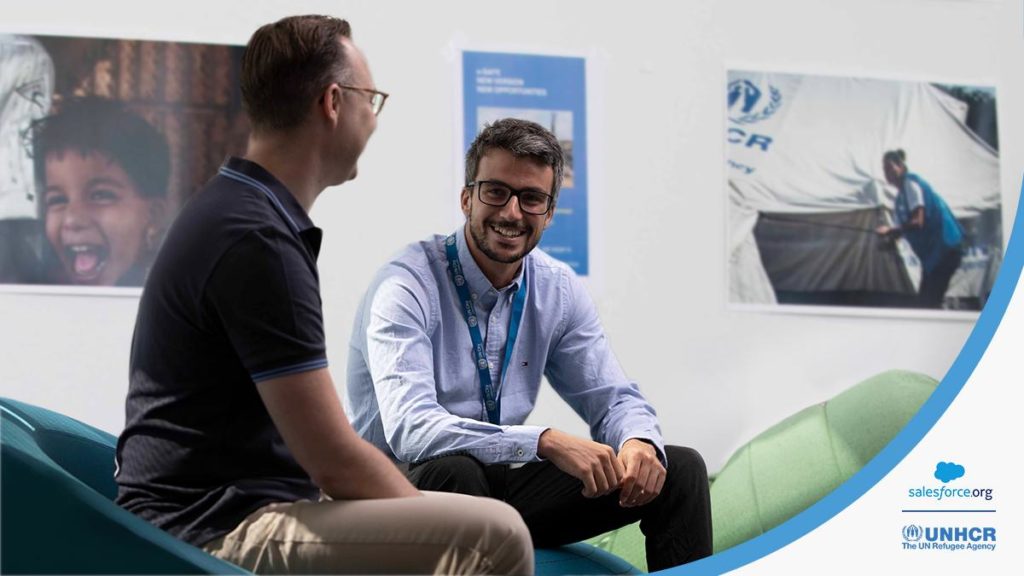 By empowering its fundraising teams to work faster and smarter, UNHCR will be able to achieve its $1 billion target and maximise the impact of its relief efforts. In a world where nearly one person is forcibly displaced every two seconds due to conflict or persecution – meeting this fundraising target is more urgent than ever.

Want to learn how UNHCR is transforming its approach to fundraising and managing donor relationships with new technology?