Philanthropy Cloud helps align our work with “why.” It allows us to engage with one another and gives our regular, everyday work deeper meaning. - Eric Codorniz, Co-Founder and Client Development, Synoptek

Background: Synoptek, a global systems integrator and managed IT services provider headquartered in Orange County, California, has over 800 employees spread throughout homes and offices across the United States, Canada, and India. About 20 percent of employees work remotely on a regular basis. And during the pandemic, that number jumped to more than 90%.

Like most businesses, the company didn’t have an organized philanthropic culture at the outset. It was focused on providing excellent service to its customers. That’s not to say its leaders didn’t care about giving back. On the contrary, they wanted to improve the lives of people in the communities the company serves and created a philanthropy program to do so. The efforts were ad hoc and disparate, and the impact did not live up to management’s aspirations.

Synoptek does not have a dedicated corporate social responsibility team, and the initiative was driven by the CEO and CTO offices. The company’s biggest hurdle was its inability to scale. It needed a program that allowed its most enthusiastic employees to lead — and to do so in a coordinated effort.

Seeking a way to get more organized and build out its philanthropy program, the tech company teamed up with United Way, which introduced Synoptek’s CEO and CTO to Salesforce.org Philanthropy Cloud in the summer of 2019. Most compelling about the platform was its clear and natural alignment with Synoptek’s core business. Using a digital platform for its own corporate philanthropy program only reinforced Synoptek’s mission of helping other companies complete their own digital transformations.

The real challenge, they’d come to discover, was deciding who should lead the effort of giving back in the various communities the company served. As many companies do, Synoptek assigned regional and department heads to lead the charge on philanthropy. Initially, the response was sluggish and unenthusiastic, with managers unsure of why they were chosen for such a task. At the same time, the pandemic was rearing its head throughout the U.S., and the priority was given to business continuity and productivity, pausing the philanthropic work temporarily. 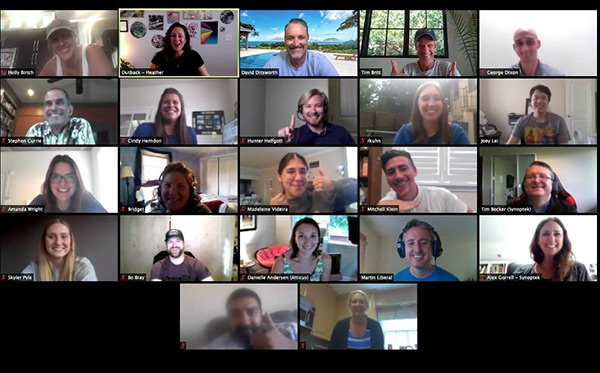 Once everyone was used to working from home, the company revisited its philanthropy program. Learning from the tepid response the first time around, the philanthropic team realized that to run a program successfully, enthusiasm was far more important than one’s seniority status. They changed their approach and offered up the opportunity to anyone who wanted to lead their local office in giving and volunteering campaigns.

A group of employees, including a handful of junior employees who were part of the company’s training program for recent college grads, took the lead. They came up with ideas, helped with promotion, and led the campaigns. The company divided itself into East vs. West for a Week of Giving, pitting offices against each other in a friendly competition of who could raise more. Their enthusiasm was contagious – despite the pandemic.

With Philanthropy Cloud, the company was able to… 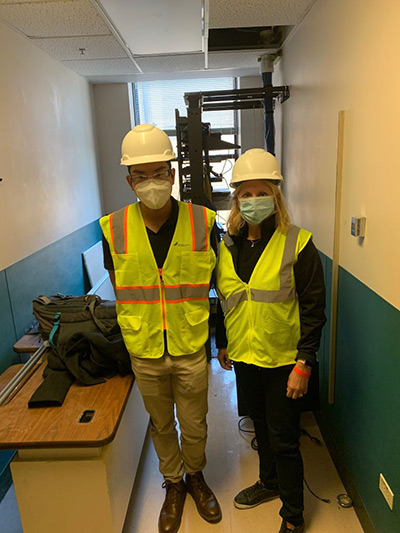 All told, the company achieved its highest participation ever, and it was all collected and managed through Philanthropy Cloud.

This story does not end with the amount raised or the number of hours volunteered. Instead, it continues with a renewed sense of purpose for a company that was, for the most part, doing just fine. Aligning their corporate purpose with giving back and having its most enthusiastic employees leading the charge have brought renewed purpose to everyone.

Employees are more engaged. They’re proud to work at Synoptek. The conversations on internal chat tools among employees during the Week of Giving hit record numbers. The chats “blew up,” according to employee Mike Nagatoshi. Synoptek had never seen such a response from so many employees for a philanthropic effort. In all, about 62% of employees were active on Philanthropy Cloud. That’s the most involvement the company has had for a giving campaign — ever.

In addition to the platform’s ease of use, Synoptek credits Philanthropy Cloud for its ability to include remote employees, which was relatively new for the company, despite the fact that 20 percent of its employee base is virtual all the time. For the first time, those employees were included in this powerful workplace experience. And of course, once the pandemic hit, Philanthropy Cloud shined for its ability to include all employees.

Salesforce.org and United Way are committed to developing businesses into platforms of change, empowering employees and customers to put their values into action.