In this session, a panel of Higher Education executives reflect on the state of CRM Higher Education. Higher Education is increasingly receptive to CRM practices and technologies across domains including student administration, institutional advancement and service operations. How can universities and colleges make the most of their investment in CRM by providing a truly compelling community experience for the broad set of constituents? What are the aspirations from the point of view of faculty, staff, students, alumni and university leaders? What’s next in 2015? 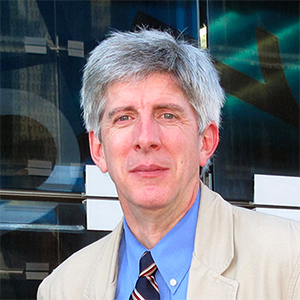 Peter Coffee, VP of Strategic Research, joined Salesforce as its first Head of Platform Research in January 2007. He had previously spent eighteen years as a technology analyst, columnist and product reviewer for publications including eWEEK, PC Week, PC Tech Journal and Computer Language, while also authoring the Cue Publishing titles How to Program Java and Peter Coffee Teaches PCs. Peter’s prior work included serving as the first Manager for Desktop Computing Planning at The Aerospace Corporation in El Segundo, where he also worked in national security space-asset applications of AI techniques; before that, he held project management roles at Exxon Corporation in synthetic fuels, polymer finishing and arctic resource development in locations on east, Gulf, and west coasts of the U.S.

Peter has held faculty appointments at UCLA (expert-systems programming), Pepperdine University (IT management), and Chapman College (business analytics), while also lecturing at Stanford, CalTech, Harvard Business School, and the Sloan School of Management at MIT as well as institutions in Italy, Spain and Singapore. He received his engineering degree from MIT and his MBA from the graduate school of business at Pepperdine. He also serves as an advisor on curriculum and degree programs for Marymount California University in Rancho Palos Verdes, California.

He currently supports Salesforce efforts in CIO and developer engagement; in regulator and stakeholder discussions, including information security technology and practice; and in collaborations with research professionals in both the commercial and academic communities. Follow him on Twitter @petercoffee. 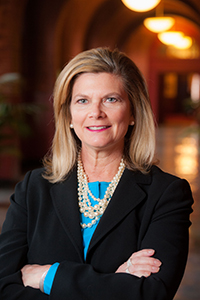 Lisa M. Davis joined Georgetown University in February 2012 as Vice President for Information Services and Chief Information Officer. In her first year at Georgetown University, Ms. Davis developed a five-year Technology Modernization Strategy for the University. Under Ms. Davis’ leadership, the modernization brought Georgetown it’s first integrated mobile app, implemented critical updates to the University’s IT infrastructure and security systems, and established a Georgetown-wide IT governance committee that includes senior University leadership, faculty and students. Together with University Administration and the Board of Directors, Davis is working to make technology at Georgetown an integrated partner in the academic and research mission and a key facilitator of innovation.

Prior to being recruited to Georgetown University, Ms. Davis served in various technology leadership roles during her 26-year career in the federal government. Most recently she was Assistant Director of IT and CIO of the U.S. Marshals Service.

Ms. Davis is the cofounder of GU Women Who Code, an initiative to bridge the gap of women in tech, and build digital literacy. She has spoken at SXSWedu, and is a regular contributor for CIO Executive Council Leadership and for Women in Technology events. She serves on the National Academy Foundation IT Advisory Board for DC Schools and the Xerox Advisory Board. Follow her on Twitter @LisaDavisCIO. 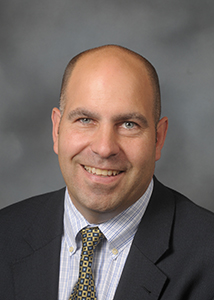 Prior to joining Deloitte, John worked at Yale University for five years. First, John led a cross-functional business transformation program in the areas of finance, procurement, human resources, research administration and IT. Subsequently, John served as IT leader for 1/3 of Yale operations, including finance, shared services, advancement, athletics and public safety. In his last role, John served as lead technologist, with responsibility for enterprise architecture and innovation. One of his key focuses was the re-imagination of the student experience as driven by the convergence of academic pursuits, student life and administrative responsibilities on a single socially-enabled platform.

Prior to Yale, John was an executive and management consultant in the media industry where he led multiple enterprise initiatives in areas such as CRM, ERP, mergers & divestitures, fulfillment operations and outsourcing.

John has an MBA from New York University and a BA from Stanford University.