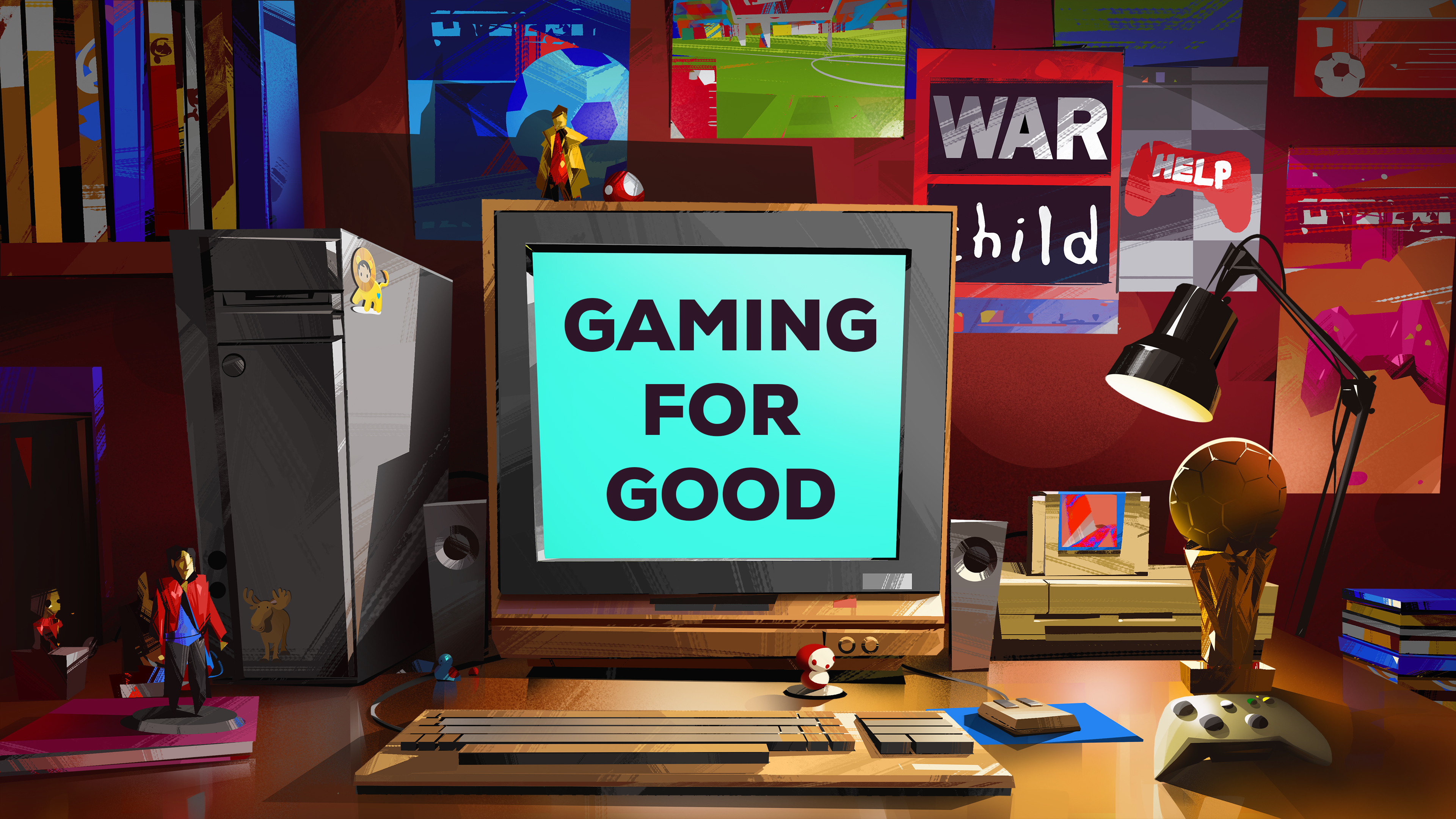 Forget everything you think you know about gamers. It’s time to step away from tired old stereotypes that games are only for kids or reclusive basement dwellers. After all, the gaming industry is now worth around £137 billion – it’s bigger than TV and Hollywood.

Gaming is an immersive and interactive pastime, with a huge audience of people of all ages and backgrounds. And a growing number of charities are using online games and streams to engage with prospective supporters, build online communities, and drive donations.

For nonprofits who are new to this rapidly growing channel, it can difficult to understand just exactly where to start which is why we’re excited to introduce our new documentary-style podcast ‘Gaming for Good’ where we speak to leaders and influencers in the industry including War Child UK who have won the most ‘Innovative Fundraising Strategy’ award from the Institute of Fundraising two years running for their gaming campaigns and have raised over £700,000 in donations for their efforts.

We have listed some of the key takeaways from the podcast in this blog but be sure to watch the full episode for more insights and advice on the link below.

Did you know that people will pay to watch a skilled gamer livestream their adventures? Maybe you know a gamer who supports your cause and would love to play to raise money for you. With 15 million active users logging onto live streaming platform Twitch every day, that’s a huge pool of potential donors. Check out Tiltify for a platform specifically designed to help you raise money with live streaming.

US charity Child’s Play changes the lives of children in hospitals through the power of play. It’s been running project Desert Bus for Hope every year since 2007, raising $700,000 in the process. Gamers play the obscure 90’s game Desert Bus – said to be the world’s most boring game – and stream their progress as they drive a bus in a perfectly straight line for sixteen hours. It has spawned an almost cult following, with people contributing sketches, readings, musical numbers, and holding auctions on the back of it. The charity also lets donors choose how to give, with options ranging from one-off and monthly donations to purchasing gifts from Amazon wish lists.

War Child UK partnered with 11 Bit Studios – the studio behind ‘This War of Mine’ to create unique content as part of their ‘Real War is Not a Game’ campaign. The downloadable content costs less than £1 but has raised more than £400,000 for the charity. Putting gamers at the centre of their cause was a bold and powerful move that paid off.

As with any fundraising strategy, knowing your target audience and how to engage with them is crucial. Some gamers might not fit with your nonprofit’s brand so it’s important that you make time to find and partner with people who are passionate about games but also care about your cause too! Be honest and open when reaching out, don’t try and be a fake gamer if your not one.

Many games allow users to make small purchases to enhance the gaming experience. By adding branded items for people to purchase, the gamer gets kudos for supporting your cause through their character in exchange for a charitable donation.

Want to learn more about Gaming for Good and how you can tap into this new and exciting fundraising stream?