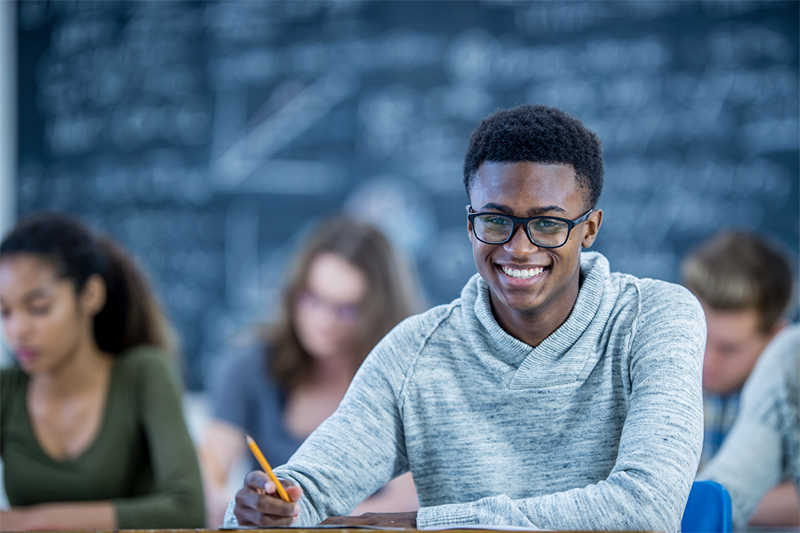 As part of the Student Success survey sponsored by Salesforce.org, Times Higher Education interviewed some of 300 respondents to gather their perspective on student success strategy. Below what’s one of them shared with us:

Strategic lead for student and community at a leading UK university, this respondent has seen his role transformed since his department was set up in 2000. Originally, its focus was on widening participation. “Seven or eight years ago we began to focus more on post-entry success and put more evidence and evaluation,” he explains. “Now we look at bedding in systemic changes rather than one-off initiatives.”

These changes include a curriculum refresh across all departments and the introduction of a learning analytics system that tracks student engagement and prompts staff to intervene where there may be a risk of a student leaving or underperforming in their studies.

The scope of his role is quite rare, according to the findings of the Salesforce.org student success survey, conducted in conjunction with Times Higher Education. The survey found that 12% of respondents identified a head of student success as defining the student success programme at their institution. In the majority of cases, it formed part of the job of the principal, dean or vice-chancellor.

At his institution, the learning analysis system, or dashboard, monitors how students engage with the university across seven metrics. This data could include a log of any time that a student attends a lecture, whether they are accessing the online learning materials or how often they use the library. There is a daily “engagement rating” and if a student does not log anything for two weeks, this triggers a flag for their personal tutor to have a conversation with them.

“We know that, of students with a low dashboard engagement score over the first year, only 9.5% of them will progress into the second year,” he says. These data enable his university to identify students that are likely to have problems within a week of them starting university.

Personal tutors often only have 10 or 20 minutes with each student, so having information such as this on the dashboard in front of them ensures that the conversation covers the most pertinent issues.

Monitoring student activity may be considered a little “Big Brother” for some, but his university has avoided such criticism by extensive consultation with students and staff. “We went in with this proposal to the student body to show how they could use it to improve their learning,” he says. “Both staff and students have access to the same information, which leads to better and more conversations between them.”

A focus group was set up when the dashboard was piloted and there is a steering group made up of both staff and students. Staff feedback the type of data that may be useful to them and how the dashboard could be developed.

Consulting with both staff and student groups has helped to establish what level of monitoring feels comfortable, he says. “When someone swipes into a building, we do have the potential to tell whether they’re just walking through the campus or attending a lecture from the ‘ping’ sent from their mobile phone signal. They didn’t like this idea, so we don’t do it. The fact we have these conversations with students, show we listen to feedback, helps to bring them along.”

Successfully monitoring engagement was a case of implementing “standard change management practice”, he adds. “You identify the problem, present it to stakeholders, win their hearts and minds by communicating well and work with them to develop solutions.”

Peer mentors inform new students about the dashboard and there is a transition survey every year that all first-year students complete so that his university can monitor how it is being used. The core target for the dashboard is broad adoption across the university and statistics suggest that 93% of students in their first year use it 10 times or more.

His university’s focus is on continuous improvement, rather than introducing a major change and coming to a standstill. “You don’t get through it, stop and sit down for five years and do it all over again,” he says. “The world is all about continuous learning.”

Want to learn more about how to increase student success and engagement at your institution? Take a look at the Nucleus Research highlighting the greatest challenges facing higher education sector and how Education Cloud can strengthen student relationships across the entire lifecycle.