As part of the Salesforce 1-1-1 Model, all employees can take 6 days per year to participate in volunteering or pro bono activities.

Last month, a team from Salesforce in Europe organised an activity which would see a group of wheelchair bound elderly people do something that they don’t often get the chance to do – go for a stroll! In this post we hear from Fiona Greup, Executive Assistant at Salesforce as she recounts the activity: 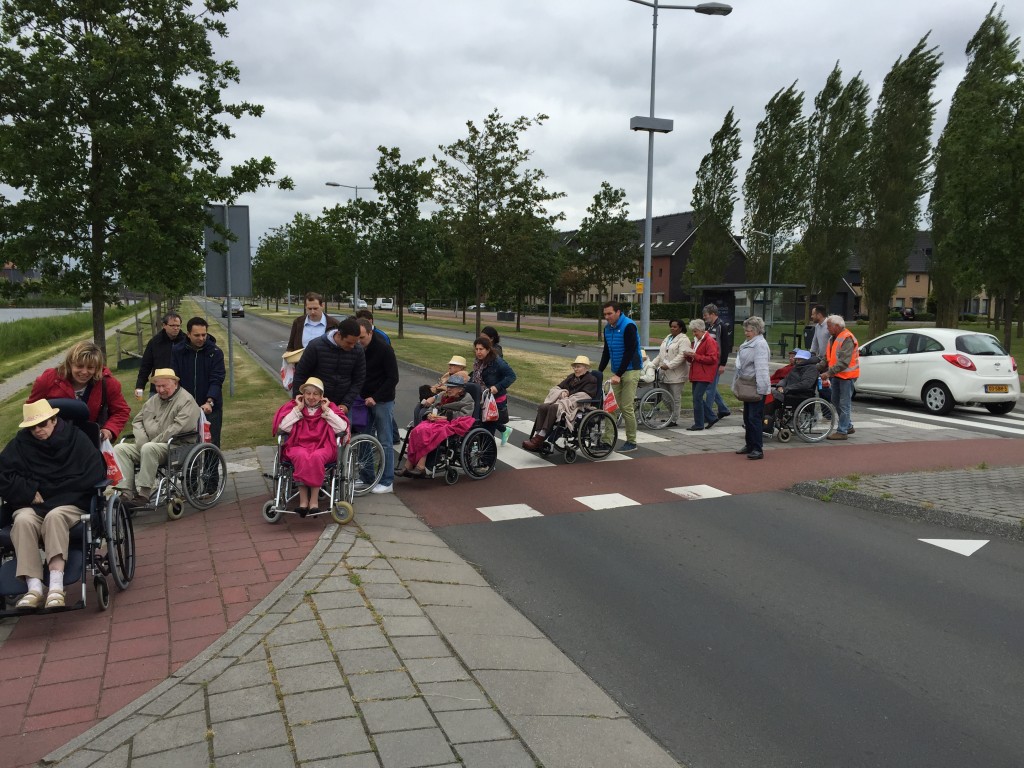 “Last month, we organized an off-site meeting  for June 9th and 10th and were determined to start the off-site with something positive by doing some Foundation work.

With the help of Amsterdam Cares we were able to help a facility for elderly people in Hoofddorp to take part in the Wheelchair March with a record amount of disabled people.

Due to their physical restraints they don’t get to go outside as often as they would like. Apart from that a large part of the group is battling with Alzheimer’s disease which makes it an extra challenge to organize an outing like this due to a lack of volunteers and carers.

Although the weather was relatively cold we managed to go on a 3,5km walk with a nice group of people. We picked them up from the apartment, made sure they all had a blanket and a hat to stay warm and took them out in their wheelchairs.

On our return at the care facility we provided everyone with a nice lunch and listened to their stories. Although their short term memory isn’t what it used to be they still remember a lot from the old days. One of the gentlemen had worked on a large cruise ship and had great stories about his travels.

We had very positive responses from both the lovely people at the facility as well as the team members from Salesforce. Everyone enjoyed themselves and felt really positive about giving back!”