University of Southern California Launches the Largest Advancement Solution Ever Deployed on Salesforce.org 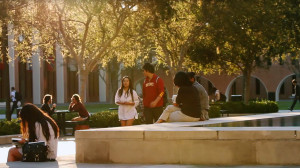 It’s not often that a university sets a fundraising goal in the billions. But in 2011, University of Southern California (USC) decided to do just that, and launched a multi-year campaign to raise $6 billion. At the time, this was the largest and most ambitious fundraising campaign in higher education.

Achieving that goal would be hard enough, but the University’s legacy advancement platform made it even more daunting. It had dozens of siloed databases, gift processing wasn’t centralized and the turnaround time to process donor checks and gift receipts took weeks.

In order to reach its goal, USC realized it needed to house all of its fundraising data in one place, and more importantly, gain a single view of constituents so it could engage with them in a more personalized and meaningful way. As a result, the University turned to Salesforce to become its central platform for managing all of its advancement efforts, including gift processing, prospect tracking, events management and more.

USC has now launched the largest advancement solution ever deployed on Salesforce.org.

“We’ve already raised more than $5.7 billion and are on track to meet our campaign goal sooner than predicted,” said Al Checcio, Senior Vice President, University Advancement at USC. “The solution we’ve built on Salesforce is an important part of our ability to be successful in this campaign.”

In addition, USC created a mobile app using the Salesforce App Cloud that offers a way for fundraisers to enter contact reports, share strategies and briefings on their top prospects, and monitor financial progress in real time.

“The mobile app was perhaps the biggest innovation we launched,” said Tracey Vranich, vice president of advancement services at USC. “Everyone involved in fundraising can see how we’re tracking against our campaign goals.”

With its reimagined advancement solution, the university is now poised to not just meet, but exceed its lofty fundraising goal. The next phase will be to implement analytics to gain deeper insights and add online communities to connect faculty, alumni and donors.

Learn how the University of San Francisco uses data to power its $300 million advancement campaign.