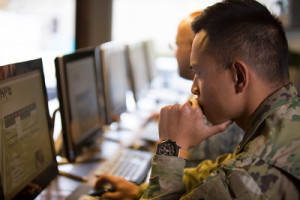 How does the power of Salesforce, transitioning service members to life post-military, and two nonprofits collaborating in the military/veteran service organization space fit together to create a movement? Our country is about to find out…

As the U.S. Military draws down, over 1 million talented men and women will re-enter the workforce over the next few years. Each one brings a robust set of hard and soft skills, along with enduring values sought by employers of today’s economy. BUT TRANSITION IS HARD – a successful transition requires a plan to reintegrate back into a community, a civilian career path, and a strong family. To support this process, RP/6 was founded in 2011 by two veterans who together served in the U.S. Army for over 30 years, both experiencing military transition after 9/11. Driven to solve the disconnect between military service and transition to the private sector, they set out on their next mission.

In May 2015, the United Service Organizations (USO) announced the launch of the USO Transition 360 Alliance – an initiative to help U.S. military personnel and their families successfully transition back into civilian life after their service ends. The alliance between the USO and five best-in-class service nonprofit organizations focuses on three key pillars for a successful transition: 1) develop a plan for the future, 2) pursue new career paths, and 3) strengthen their families and community networks. By partnering with RP/6, the USO will provide a first-of-its kind global concierge approach for connecting troops and their families with specific resources and organizations in their community that will support them on their path forward. The new USO RP/6 locations will be co-located with USO centers across the country providing service members and their families with consistent personalized support. 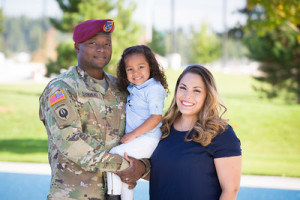 Powered by Salesforce, USO RP/6 sites will serve thousands of transitioning service members and their families through robust case management, customized Action Plans, and task-based follow through and connections. With the use of fully customizable Cases in Salesforce, case managers – known as Scouts – will create a personalized Action Plan for each service or family member. The Action Plan, a custom object RP/6 built within Salesforce links relationships back to the Case record, tracking all service members and their families in one place allowing the Scout to get a full picture of an individual or family’s “current state” and where they are on their progress towards transition.

Through a direct services approach, USO RP/6 Scouts will connect a transitioning service member and/or their family members to a robust ecosystem of resources, services and providers in the areas of employment, education, VA benefits, family support, health & wellness, legal, housing, finance, and volunteerism that aligns with their Action Plan. Housing this network of local resources in one system allows each USO RP/6 site to manage and evaluate new and existing partners and Scouts to easily identify resources for a service member and their family’s needs. Robust analytics will allow USO RP/6 sites to measure actual outcomes, connections leading to the successful completion of an Action Plan, and gaps where coordinated services don’t exist or may not be known.

Thanks to the power of Salesforce, thousands of transitioning service members and their families will be supported as they create a path forward after military service, becoming citizen leaders in their new civilian communities. If you would like to learn more about RP/6 or the Transition 360 Alliance, please visit www.rp6.org.