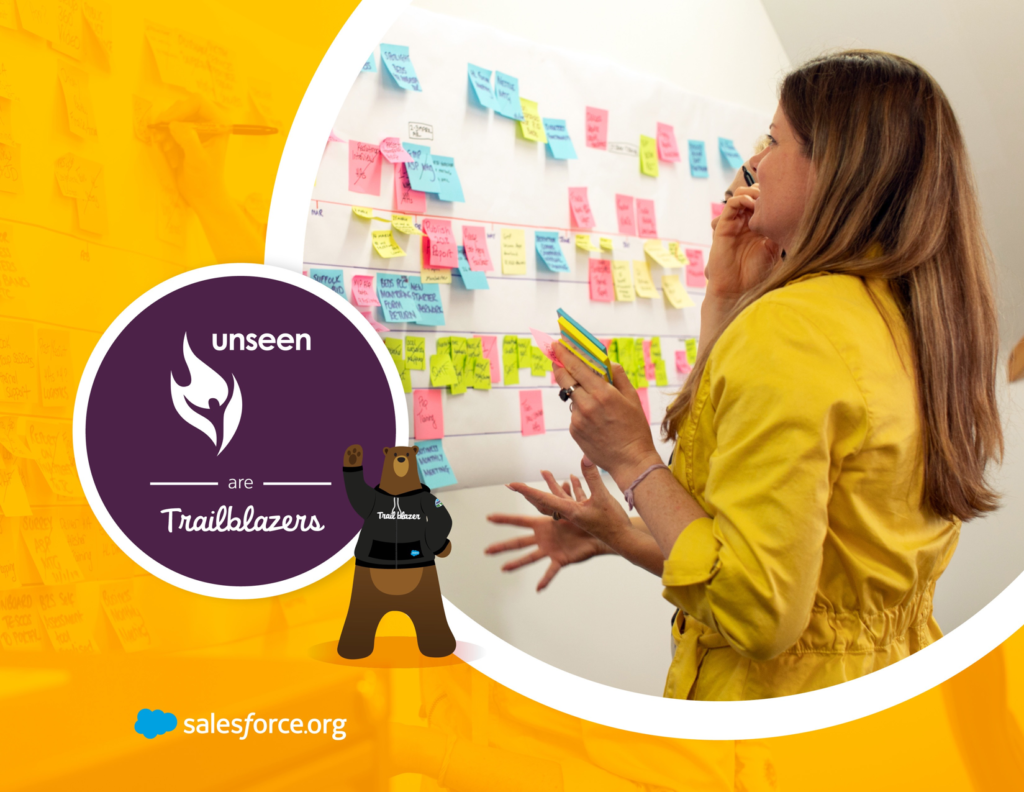 During September, we’re sharing inspiring stories from our European Trailblazers. Every week, we’ll go behind the scenes to find out how nonprofits are making a difference to people’s lives. This week, we focus on Unseen, the charity working to help free 40 million people exploited by modern slavery. Follow #NGOTrailblazer on Twitter and keep an eye on the blog for our next instalment.

Unseen was set up in 2008 to tackle a terrible and often invisible crime: modern slavery. Since then, it’s helped remove thousands of vulnerable people from exploitation and bring the criminals responsible to justice.

As well as running safe houses for victims, it provides a 24/7 helpline, a mobile app for reporting slavery, and online intelligence gathering. It liaises tirelessly with the police, the UK’s Border Force, and other agencies to stamp out this hidden crime.

Although many slaves have been trafficked into the country from abroad with false promises of a better life, nearly a quarter of victims discovered in the UK in 2018 were from Britain. And nearly half of these UK victims were children. 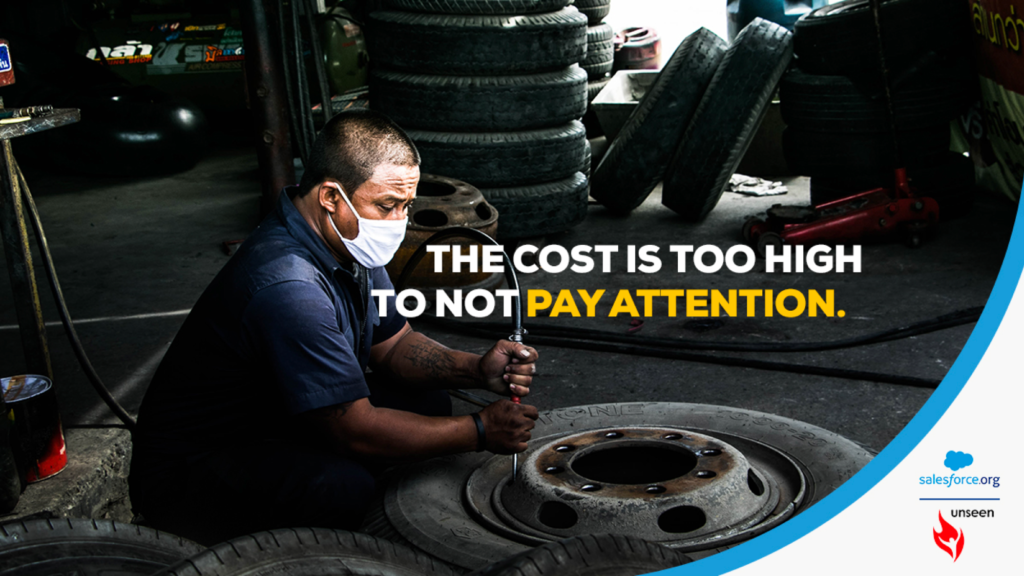 Unseen’s goal is simple: to put itself out of business. Before it can create a world where slavery does not exist, the charity first needs to build awareness of the 40 million-plus people living in modern slavery around the globe.

In 2018, Unseen identified 7,121 potential victims of modern slavery from 94 nationalities. That’s a rise of 46% in a year. Through its helpline, the app, and web forms, Unseen is contacted around 800 times a month – double the volume in 2017.

As the demands on the nonprofit increase, the amount of data it is dealing with is growing too. It’s therefore essential that Unseen can manage the information it gathers effectively and pass it on to the relevant authorities. Being able to process and share data quickly and accurately can mean the difference between success and failure for a rescue mission.

Unseen runs a lean operation with just 20 staff – nine of these team members respond to helpline calls 24/7. Callers will often deal with different people when they contact the helpline, so it’s important to build trust and confidence – particularly in situations involving sexual exploitation and forced labour. With Salesforce, Unseen can structure its data in a way that makes it easy for the next advisor to pick up the baton and access a caller’s full case history, which will help support a quicker resolution as victims don’t need to rehash their story every time they speak to a different call centre employee. 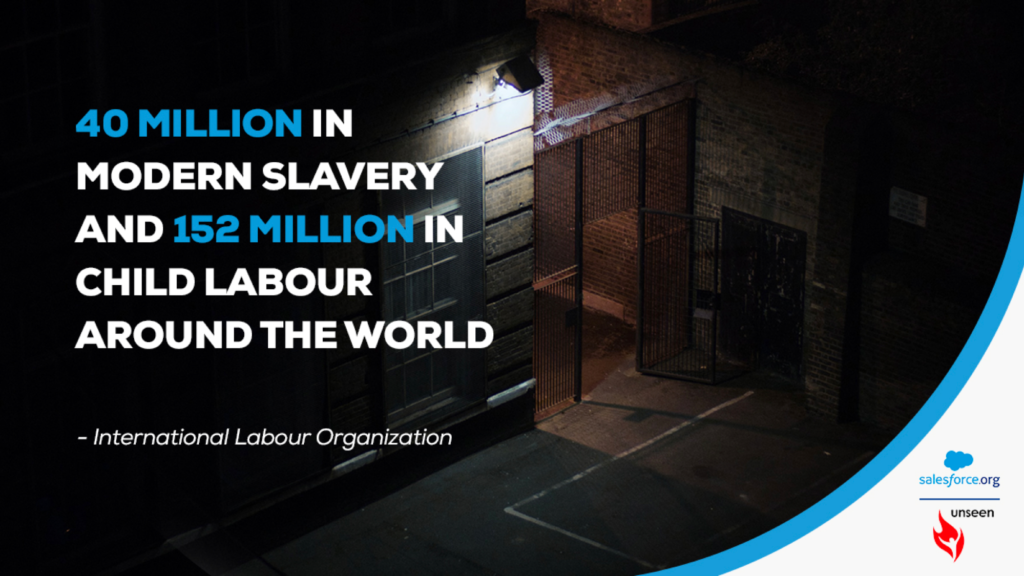 Data: a powerful weapon in the war against slavery

Data, and the ability to share it, will be a powerful weapon in the war against modern slavery not just in the UK but abroad.  The organisation wants to broaden its reach to provide modern slavery victims with access to help and advice regardless of their location. It has already established links with anti-slavery charities in Eastern Europe and Africa.

At present, agencies and charities use different platforms, making it difficult for information to be shared. In Kenya, Unseen is working with partners to create a consistent platform founded on Salesforce, which will allow intelligence to be shared far more easily.

There’s huge potential for greater collaboration and transparency in the UK too. When an incident is reported, Unseen’s helpline staff need to be able to engage quickly and effectively with other agencies – particularly if someone is about to be moved across a border.

Stepping up fundraising efforts will be crucial to enabling greater collaboration and better outcomes. Identifying and rescuing victims is just part of the challenge – people also need to be resettled and integrated into the community after harrowing experiences. As part of a special programme, Unseen provided 75 individuals and their families with practical and emotional assistance in 2018 – 25% more than the previous year.

Smarter processes and richer insights will allow Unseen to continue to help more people every year as it takes on one of the world’s biggest problems and gives the helpless and exploited a voice.

Want to learn how Unseen is helping to make modern slavery a thing of the past by using Salesforce?