By: Andrew Tingley, Director of Communications at The Nature Conservancy

When you think about nature, what comes to mind? For many of us it’s the simple escape of getting outside for fresh air, hearing a breeze in the leaves, or the surprise of spotting a new bird. Or maybe it’s watching the waves break, or following a trail through the woods to a hidden overlook with a spectacular view. All these can be wonderful and restorative experiences, yet there are many more surprises to be found in nature when you look deeper.

At The Nature Conservancy, one of the world’s largest environmental nonprofits, we have examined a huge range of nature’s benefits throughout our 70-year history. From forests and oceans to farmland and freshwater, our scientists focus on the ways in which nature helps provide for people, communities, and the world at large. And through that work, we know that nature provides for us as much as it depends on us.

One great example of the intricate connections of habitats, wildlife, and people is our Cumberland Forest Project, located where Kentucky, Tennessee, and Virginia meet in the Central Appalachian region of the eastern U.S. The project includes 253,000 acres that are managed by The Nature Conservancy — not as a preserve, but as working forestland that supports jobs, recreation, and climate mitigation by maintaining and restoring healthy habitats. And it is here where our work as a nonprofit organization can influence the way communities and industries around the world think about and work with nature.

Here are a few of our favorite surprises that the Cumberland Forest Project reveals. 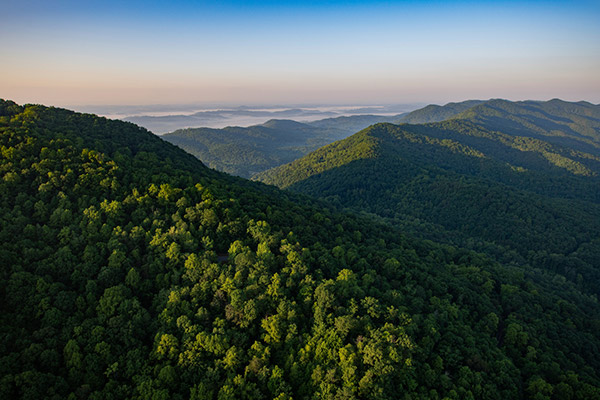 The Cumberland Forest Project protects 253,000 acres of Appalachian forest and is one of TNC’s largest-ever conservation efforts in the eastern United States.
© Cameron Davidson; May 2019.

The Central Appalachians are a Biodiversity Hotspot

Perhaps not as well known as Yellowstone or Yosemite, public lands like the Cumberland Gap National Historical Park, Jefferson National Forest, and the Clinch River State Park sit within a globally significant biodiversity hotspot, home to more than 100 species of Greatest Conservation Need. The Central Appalachians also form an important migratory corridor through which an amazing array of birds, mammals, and even amphibians make their annual treks.

The Cumberland Forest Project is privately owned, but its huge footprint provides connections between these state and federal forest lands, providing a “highway” for migration through the region. And while it is not a park, the project also offers public access to 126,000 acres for hiking, hunting, and trail riding, with additional acreage accessible through private licenses.

Science shows us that sustainable forestry practices promote healthy, diverse, and resilient forests. By carefully selecting which trees to harvest, and where and how they are harvested, we can improve forest health and resistance to pests, disease, wildfires, and a changing climate. This in turn restores a diversity of habitats for the area’s rich diversity of species and even helps the landscape act as an enormous natural filter that protects water quality in nearby rivers.

In fact, the Cumberland Forest Project includes 700 miles of headwater streams that feed watersheds across nine counties in three states. And by harvesting a modest amount of timber each year, we are helping grow a healthier forest overall that benefits both wildlife and people.

Speaking of people, the natural and economic value of forestland is vital to its surrounding communities. From loggers to trucking companies to timber and pulp mills, the timber industry is a bedrock of local economies in many parts of the U.S. In the Central Appalachians specifically, present-day communities have traditionally relied heavily upon the coal industry, which has now been in decline for decades. But towns across this region are beginning to see new growth by expanding into outdoor tourism. Hotels, hunting outfitters, tour guides — it’s a new way for communities to benefit from nature’s value.

Combining tourism and recreation with sustainable forestry and other promising opportunities like solar energy development, the Cumberland Forest Project aims to demonstrate on a day-to-day basis how nature supports people, and how we can grow and protect that relationship over the long term. 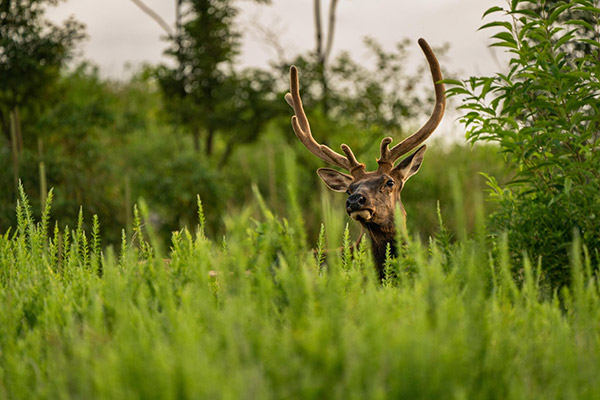 Development and unsustainable hunting led to local extinction of elk in 1855. After successful reintroduction into Kentucky in the mid-2000’s, elk are now being introduced into the region on reclaimed mining sites. The Cumberland Forest Project protects 253,000 acres of Appalachian forest in Tennessee, Kentucky, and Virginia and is one of TNC’s largest-ever conservation efforts in the eastern United States.
© Steven David Johnson; July 2019.

Nature can offer some of the most cost-effective solutions for climate change, provided companies and governments also pursue a transition from fossil fuels to renewable energy and clean transport. In fact, one study published by our scientists found that nature can deliver a third of the emissions cuts needed by 2030 to avert the worst impacts of climate change.

A key strategy to reducing carbon in the air is improved management of forestland. Remember how the Cumberland Forest project harvests trees sustainably? This also means that more healthy trees are allowed to grow larger, which draws in more and more carbon from the atmosphere and locks it away for decades.

Nature is the Investment of our Lifetime

Every day we get smarter about the world around us, and the more we understand about the science behind nature, the more we see the vital role it plays. Climate change and biodiversity loss are immense challenges, and we need to find bigger and better ways to tackle them. One way is to think about nature as a literal investment in our future.

The Nature Conservancy’s scientific study of the Central Appalachians and sustainable forestry have long been philanthropically funded, as has our Clinch Valley Conservation Forestry Program in Virginia, which was initially a donor-supported forestry project that has since become self-supporting. That experience helped us tackle the Cumberland Forest project, which is 10 times the size of the Clinch Valley Forestry Program, by demonstrating how sustainable forestry can make a big difference.

Impact investors — who look for positive environmental and social outcomes alongside financial returns — and lenders came to the table with $130 million of capital to support the purchase of the Cumberland Forest land. They are being repaid with revenues from the sale of sustainably-harvested timber, carbon offsets, and recreational leases to local groups. Their investment also supports our goal to increase value to local communities through efforts like the Cumberland Forest Community Fund. 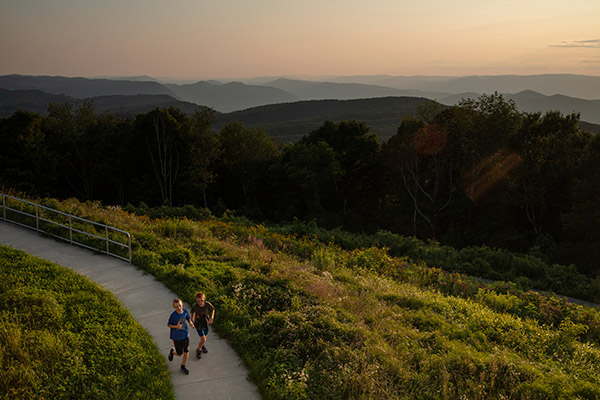 The Cumberland Forest Project protects 253,000 acres of Appalachian forest in Tennessee, Kentucky, and Virginia and is one of TNC’s largest-ever conservation efforts in the eastern United States.
© Travis Dove; July 2019.

So if there is one overarching surprise we find in nature, it’s how deeply embedded it is in how we live our lives on earth. The food we eat, the air we breathe, our climate —essentially, everything that makes Earth inhabitable — depends on the interplay of millions of organisms in diverse ecosystems, which have learned to thrive and interact over billions of years. The exciting news is that we’re learning to work with those systems, and not against them. By doing so, we’re uncovering new ways to both contribute to and benefit from nature.

Update on 3/11/22: The Washington Post has just published a 7:25-minute “mini documentary” about The Nature Conservancy’s collaboration with solar companies to develop some of the first utility-scale solar projects on former surface mines in the coalfields of Southwest Virginia. Combining the efforts of all three solar companies (Dominion Energy, Sun Tribe, and Sol Systems), the utility-scale projects within the Cumberland Forest Project will cover nearly 1,700 acres and generate an estimated 120 megawatts of solar energy—enough to power 30,000 homes at peak output.

Learn more about the critically important work that The Nature Conservancy is doing. 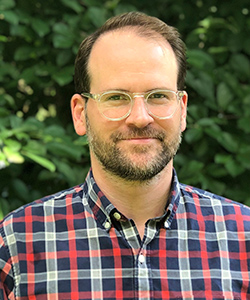 Andrew Tingley
Director of Communications, The Nature Conservancy
Andrew leads communications for The Nature Conservancy’s in-house impact investing team, NatureVest, which collaborates with colleagues across the organization to build private investments that aim to deliver conservation at scale. His favorite part of the job is learning all the cool things that his science and investment teammates are up to, and sharing how their work is helping change the way investors value nature and natural capital.