Technology isn’t the answer, but it shouldn’t be the problem

By: Taylor Downs, a core contributor at openfn.org and Co-Founder, Vera Solutions

Three out of four IT implementations fail. While this is an accepted rate in the corporate world where CEOs are accustomed to doubling down, conflicting pressures and tighter budgets in the social-impact space push the chance of failure even higher. Without good data, decision makers from the field to the boardroom are hamstrung. Technology alone is never going to solve social problems, but the inability to get it right has and will continue to sink promising development programs. We built openfn.org to address this problem.

Over the last four and a half years, Vera Solutions has been designing and building data systems with Force.com for leading impact-first organizations around the world. We’ve now worked with 125 clients in more than 40 countries. We’ve witnessed our partners transform their organizations with good data systems. “É uma revolução!” said one staffer at PSI Mozambique. We’ve also gained experience with dozens of other technologies designed to serve social impact organizations. These tools have enabled our partners to improve their operations in diverse ways ranging from communicating by SMS with thousands of farmers in Mali, to collecting loan repayments using MPESA in Kenya, to analyzing household survey data in India.

Figuring out the people and the processes, that’s always going to be the hardest part to get right—whether or not the technical work presents a barrier. Openfn.org’s first objective is to knock down the technical hurdles so that organizations can focus on that important contextual stuff. 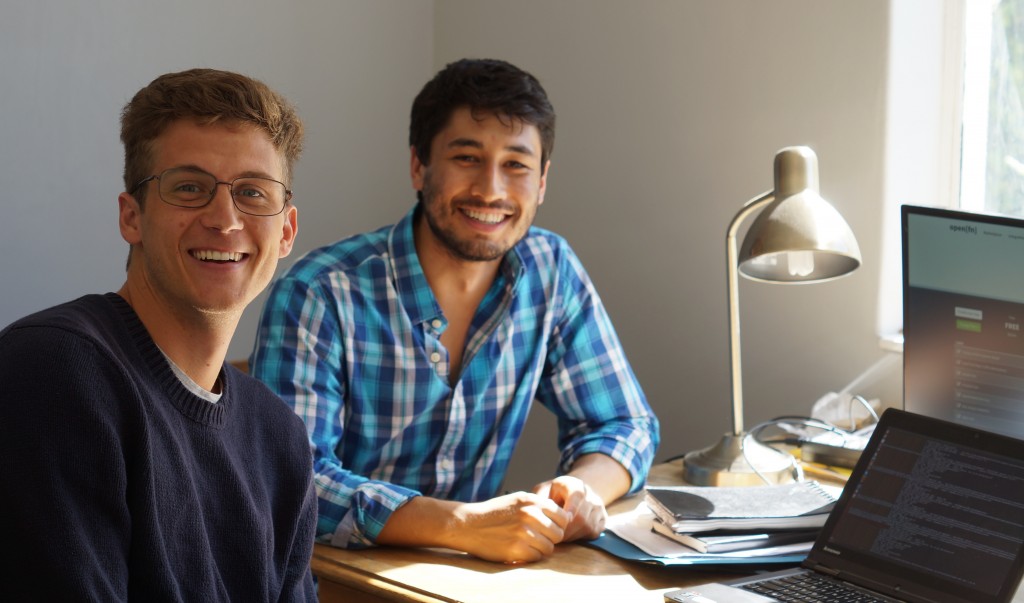 We see a future where the technical setup of a mobile money platform, a biometrics tool, even an offline clinic registration platform, feels just like downloading an app from the app store.

We’re still a long way from that reality, but we’ve built a totally open-source integration platform that’s poised to bring together the “technology for development” landscape with clicks, not code. Our marketplace guides users to the right tools based on their needs, our blog will feature in-depth case studies and implementation guides, and our mapping tool allows non-technical users to get data flowing from one technology to another in a few minutes.

This is where we stand. 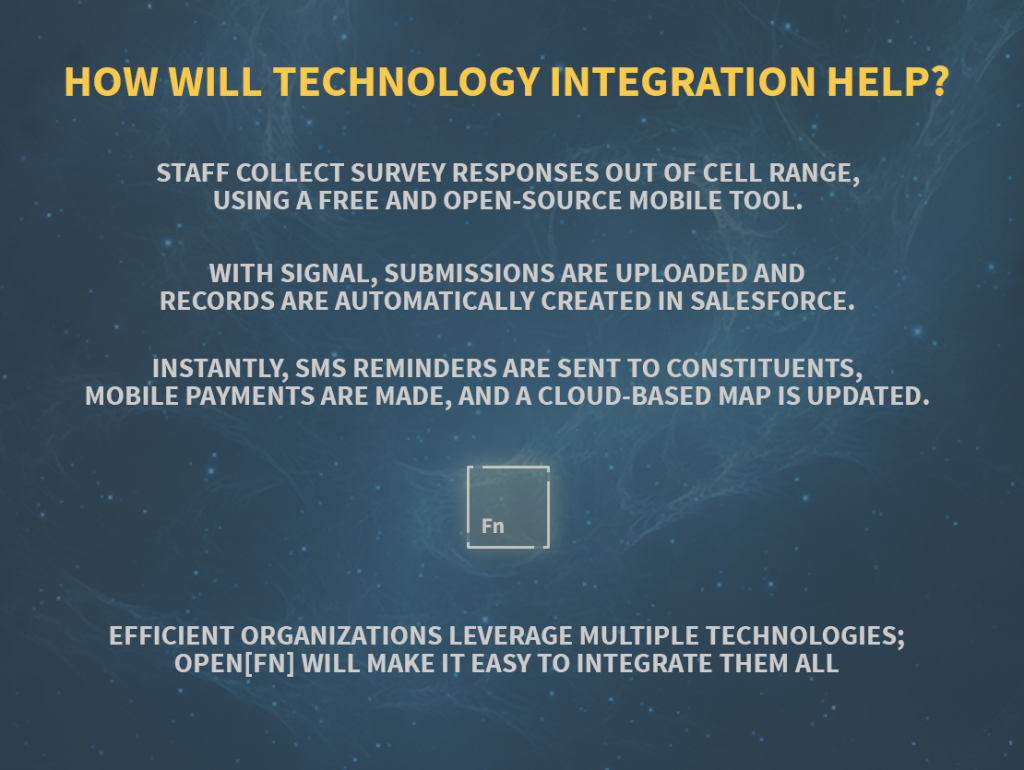 At the moment, there are over 80 technologies listed on the marketplace. We’re adding more daily. Community members are voting for those tools which they need integrated most. CartoDB for easy geographic visualizations and Telerivet for SMS-based communication are now on our roadmap. Meanwhile, we’re reaching out to product developers around the world, asking them to contribute so the whole community can benefit from connecting their apps.

Collaboration is hard, but important.

The community of practitioners, developers, consultants, and funders that we’ve interacted with over the last four years has shaped the platform into its current nascent form. We’re so thankful for everyone’s willingness to share and wouldn’t be here now without those open conversations. That same community will define the trajectory of the platform and determine, ultimately, what it’s used for. We couldn’t be more excited.

It’s also worth mentioning that The Salesforce.org’s support has been quite open-minded. They were the first to fund an open-source ecosystem project that may well soon connect technologies entirely outside of the Salesforce realm because they believe in the power of technology to amplify social change.

Want to get involved?

If you’re a development practitioner, go to the site, check out the marketplace, let us know which tools you need connected. If you’re using ODK or SurveyCTO and Salesforce, try making a map.

If you’re a developer, whether you’re pro open-source and want to help out, or just think that your own proprietary technology would be more useful with simple integrations to other tools in the space, check out openfn.org/developers to get an idea of how we’ll be accepting new adaptors.

Higher Education World Refugee Day: 5 ways that Salesforce got involved in 15 cities around the world.

Salesforce is doing its part in mitigating the effects of the global refugee crisis in 5 key ways, from education,…

STEM program, fundraising campaigns, inspirational speakers and much much more!