All About STEM – with Tom Cannon

Over the last number of years, the UK has experienced a greater push towards education in science, technology, engineering and mathematics (also known as STEM). Growth in the technology sector and the emergence of a ‘Digital era’ are strong contributing factors to this and of course skills shortages in these areas are also driving momentum. A recent poll of 150 UK technology companies by KPMG shows that more than half (53%) are expecting a rise in business activity in 2015, however a large number of those polled cited ‘skills shortages’ and ‘recruitment difficulties’ as problem areas.

Being a technology company, Salesforce has no shortage of employees who have the knowledge and experience to help accelerate STEM initiatives in their communities. Using their 6 days volunteer time off, employees get involved in a number of different activities, impacting causes they feel passionate about. 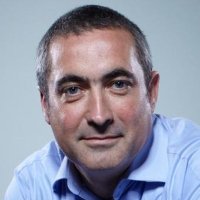 Tom Cannon is one such employee. Tom is the Director of ISV Tech Evangelism, EMEA/APAC at Salesforce and through his volunteering efforts he contributes his knowledge and experience to inspire the younger generation to learn a little about coding and technology.

In this interview Tom talks about STEM growth in the UK, the digital age, learn to code movements and the gender gap in learning technology

Tom, how did your career in technology begin?

I was a bit of a failure at school; school failed me and I failed school, so I left when I was 15. Although I was good at science and those kinds of subjects, I came out with almost no qualifications and went through a period of misspent youth you could call it, until I got to the ripe old age of 26, when I discovered technology and realized that I actually had some aptitude for it. It’s been pretty decent to me ever since – I love what I do and it has opened up all sorts of opportunities in my life.

Why did you start getting involved in STEM activities with Salesforce.org?

Well, sometimes I wonder what would have happened if I had been able to develop my aptitude for technology much earlier. And I wonder how many kids are out there just like I was, who could be doing something really fulfilling and enjoyable and important in their life, but they just don’t realize that they have that chance. I have and 8 year old girl and an 11 year old boy, so is very much front of mind for me.

When I joined Salesforce I decided to spend as many of my Foundation hours as possible doing something towards helping kids either with STEM, or generally with business skills and getting to the workforce etc.

How are you involved with Apps for Good?

Apps for Good is an additional module that schools take on for kids from 11-18 years old. They train the teachers to help the kids go through the process of designing an app, coming up with a value proposition and assessing who their customers etc. The teachers then to set up Skype calls with people like me, who give targeted feedback. It’s a bit like like speed dating, you get three or four kids who sit in front of Skype, with me on the other end, and they’ll tell me about their idea over about two or three minutes. Then I’ll spend five minutes asking questions and giving feedback. We do about five or six of those groups in an hour. It has a very low impact on my day – I can quite easily find an hour somewhere to do one of these. It’s a great, fun way to spend an hour: talking to young people and listening to their ideas.

You also work with Hour of Code – how was your experience?

I did three Hour of Code sessions in my daughter’s school with children aged 5-10 years old. Before I went, the headmaster at the school said, “I don’t want you to just come in and just run the sessions, I want you to talk a little bit about your job and make it personal, help the students understand why it’s important to you”. So I did a presentation with images and almost no words. I tried to show that incredibly creative things like Pharrell Williams’ ‘Happy’ and ‘Frozen’, the movie were all constructed using code. Also, that these things were made by people just like them: “Alan Turing went to school about 10 miles from here”, and “Ada Lovelace, an English woman, was the first ever programmer. These are people just like you, who come from places just like this, and have changed the world, and you can do it to.”

And how did the girls compare to the boys?

You might think that the boys would have been more inclined towards technology, but because of the way the Hour of Code is presented it appeals to both equally. It’s really about aptitude for solving problems and learning, as opposed to whether you’re ‘techy’ or not. I couldn’t see any difference at all between the girls and the boys. If anything, I’d say the girls were slightly better than the boys in the older group.

If girls get an inkling that technology can be fun and creative, even if they don’t want to be a developer, then I think it’s a really important movement and exercise to go through.

Why do you think coding isn’t an obvious career choice for girls?

I think its in some way linked to the lack of female role models in the technology industry. I had this experience with my daughter during the Hour of Code – I’d mentioned something about a colleague, Melissa in passing, and she asked, ‘who’s Melissa?’, and I said ‘oh, someone I work with’. She asked, ‘is she a coder?’ and I said ‘I think she was once, but not really anymore’. I pulled up Melissa’s picture on Chatter and she said ‘wow, she’s like a model or something’ so I said ‘it’s pretty cool that someone that’s into technology can be that glamorous right?’ and she replied ‘yeah, I never thought coders looked like that’.

It really made me think, how she probably saw the world of technology, and saw me. We joke about the fact that I’m a nerd, but that probably sets up a stereotype – she doesn’t want to be a nerd; she wants to be something much cooler.

How do you think STEM growth is doing in the UK?

I think they are heading in the right direction. We’re seeing a ground swell of change; the new curriculum is going to be a bumpy ride, and I think many of the teachers aren’t ready to take it on yet, but when I offered to do an Hour of Code at my daughter’s primary school, the head teacher nearly bit my hand off. He was very keen start doing this stuff and all of the teachers in the class ended up doing the Hour of Code themselves in their own time. I feel like we are going through an infection point – there seems to be a ground swell of public opinion and in government that we need to move forward so I’m fairly optimistic about where things are headed. If you’d have asked me a year ago, I might have given a different answer but right now I actually feel pretty optimistic about where things are heading.

People will sometimes say, ‘but why do they need to code, computers just work, you don’t need to learn how to be a programmer in order to use technology’. To me, it’s like being able to cook, you can go to the shop and buy yourself a sandwich, or even a full meal but it doesn’t mean you don’t need to know how to make a meal yourself and how the ingredients work together. And it doesn’t mean kids don’t have fun baking a cake, even though they can just go and buy one from the shop.

And so it’s about understanding the process of creating as well as enjoying the consumption.