Salesforce Employees Volunteer for the Hour of Code 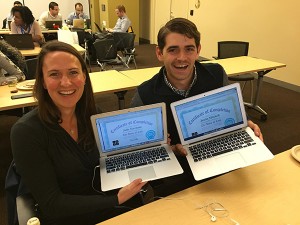 Last week during Code.org’s “Week of Code,” Salesforce volunteers signed up at their local schools to introduce children to the wonderful world of code, and prove that technology is truly accessible to anyone, and I mean anyone! Don’t believe me? Complete your Hour of Code!

As a preliminary introduction to coding, Salesforce Chairman & CEO Marc Benioff urged all employees to try the Hour of Code themselves. To date over 5,000 employees finished the Hour of Code, putting us in 1st place of all participating companies!

After employees learned the basics, it was time to take this knowledge to the schools. Thousands of employees taught Hour of Code in local classrooms, featuring familiar characters from Angry Birds, Frozen, and more! 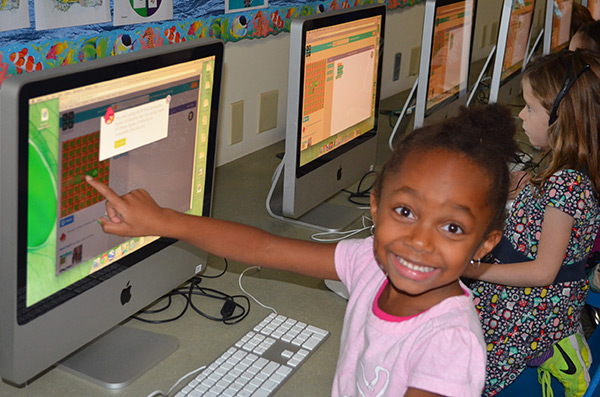 The results of the Week of Code have been astounding! Code.org reports that in one week, 15 million students worldwide learned the Hour of Code and more girls tried computer science than in the last 70 years. The feedback from our volunteers has been incredible too. 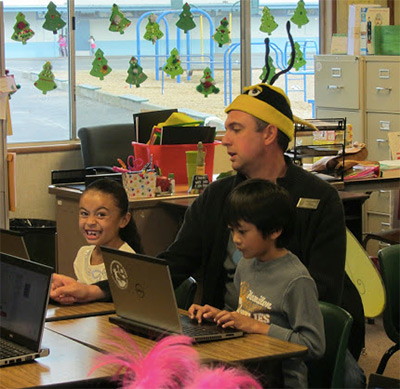 Glenmoor Elementary School in Fremont, California hosted Salesforce volunteers for 2 whole days of code. The kids had such a great time they each wrote thank you letters to their instructors and all of Salesforce. Cristian, a 4th grade student, wrote “Thank you very much for coming to Glenmoor elementary. Today was one of the best days I’ve ever had in school. I hope you can come around next year, and bring some of the FUN OVER.” Speaking of fun, the Glenmoor principal even joined the party, and dressed up as a bug to show his support!

In Redwood Day School in Oakland, California, students first watched a video of President Obama learning how to code (what’s more inspiring than that?!) and then did the Angry Birds coding lesson. One of the students who came in was initially reluctant, proclaiming “It is too hard. I can’t do it”. By the end, he said, “This is cool. I want to do it more often.” 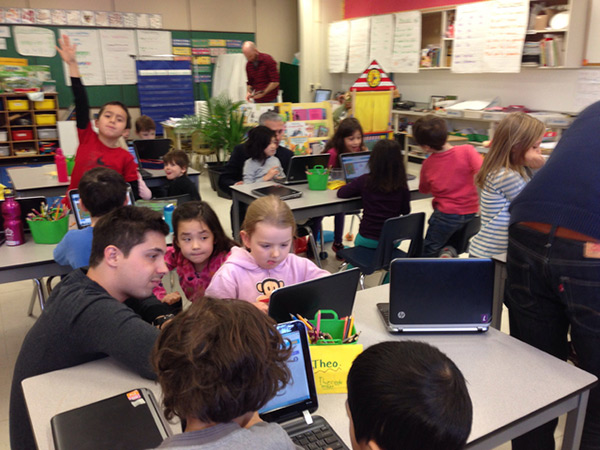 Sydney, Australia hosted 15 South Sydney high school students for an Hour of Code and a career day at the Salesforce office. As the students left and the elevator doors shut, one student yelled out “We don’t want to leave!” The day was so successful volunteers plan to host coding activities on an ongoing basis.

We can all agree it was an inspiring, game-changing week of giving back, but the movement can’t stop there. Thank you to all of the Salesforce employees who volunteered in their communities to give back with an Hour of Code! For those interested in getting involved, contact your local school and sign up to join the coding movement with an Hour of Code!