Salesforce’s Legal Pro Bono team, together with Baker & McKenzie, the Consortium for Street Children (CSC) and the United Nations Committee on the Rights of the Child, have continued to work together over the past year on the global issues surrounding homeless youth. It’s an unfortunate fact that today there are 120 million street children worldwide, which amounts to 1 child out of every 5 children. This is the first time in history that street-connected children have received this level of recognition. As a result of pioneering consultations held around the world, the General Comment was shaped by the views of over 1,000 street-connected children.

One lawyer, Kristien Lehouk, who has been working on the project, recently attended an event in Geneva and said, “It was emotional to hear today testimonies of adults who have lived on the street for many years and managed to re-integrate in the society.” 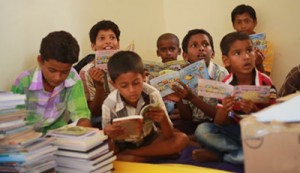 Every country has issues with homeless children but the problems may be different for kids in the U.S. vs. those in India. The UN began to address this issue last year in a General Comment on Children in Street Situations. At that time, Salesforce sent lawyers to Belgium and paid for sixty children from fourteen countries to share their experiences and their lives as street-children in Brussels, Belgium, coming from Brussels, Czech Republic, France, Greece, Norway, Poland, Slovakia, Switzerland, UK, and others. It was a beautiful and bold demonstration of courage by teenagers who shared their thoughts and feelings openly and honestly. Their personal struggles drew our compassion and even sometimes tears as young people told of overcoming unbelievable obstacles just to keep going. Each of the delegations of young people were accompanied by street workers – young social workers who were often students themselves who translated, counseled and interpreted the words of each child in their home languages so the children could learn each other’s stories and share their thoughts with us.

We continued our collaboration this year on the issue through the development of a digital “Advocacy Atlas” tracking tool. The Advocacy Atlas will track the progress and detail best practices of countries across the world as they work to meet the expectations in the General Comment. Working with groups of volunteers assigned to different countries, Salesforce Pro Bono Legal lawyers worked with lawyers from 15 other companies and Baker & McKenzie to better devise ways to meet the expectations of the UN.

The CSC, a multinational collaboration of organizations who work with, research and advocate for street-connected children worldwide locally, nationally and globally. They will host and manage the Advocacy Atlas as it grows and evolves over the coming year.
The Legal Pro Bono team set to work creating a guide per country which input legal information which will be created into an interactive digital “Advocacy Atlas.” Ultimately, the information will be hosted as a permanent international legal research database with an interactive global map of the ways countries are meeting the expectations of the General Comment. Testing of the legal mapping will start in 3-5 countries and will eventually be rolled out globally. The result will be a game-changing resource, managed and updated by the CSC, to ensure countries have a constantly up-to-date resource on what they can be doing to meet the UN’s expectations under the General Comment.