On Monday, Salesforce.org, San Francisco Unified School District (SFUSD) and Mayor Edwin M. Lee kicked off the third year of a multi-year partnership to expand computer science opportunities in San Francisco schools with a $6 million investment, bringing the total three-year investment to nearly $14 million. This announcement isn’t all about the money though. In addition, Salesforce employees plan to volunteer 10,000 hours during the 2015-2016 school year, and Salesforce adopted 20 schools in SFUSD as a part of San Francisco Education Fund and sf.citi’s Circle the Schools Initiative. 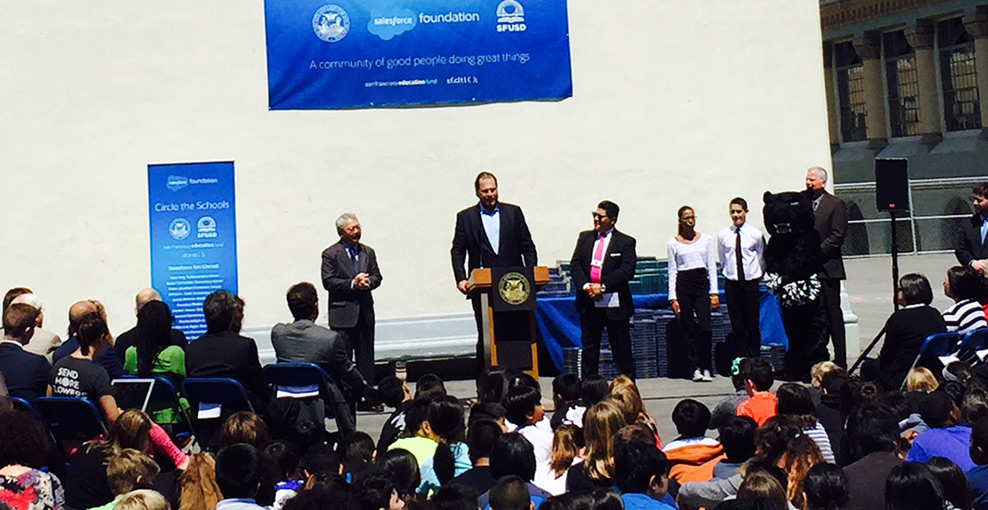 On the heels of this exciting announcement and demonstration of its commitment to education, Salesforce.org launched a campaign to donate 1 million books to schools and libraries around the world. As thousands flock to San Francisco for Dreamforce on September 15, the goal is to engage employees, attendees and the greater community in the effort to help prepare the next generation of students to succeed in today’s world- a mission near and dear to Salesforce. The campaign was kicked off at Presidio Middle School where each student received a new book and it will continue through the end of Dreamforce on September 18th. 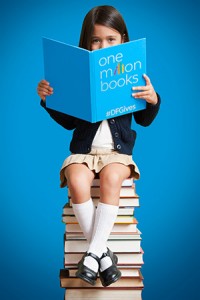 The million books will be shared with organizations around the world from schools down the road in San Francisco, to newly constructed schools in Nepal as a reflection not only of the global community within Salesforce but also of the international nature of Dreamforce. With attendees from over 90 countries crossing the globe to attend, and millions more tuning in virtually, there is a way for all to get involved in the initiative.

Anyone interested in contributing can donate online at donate.dfgives.org. For those attending Dreamforce in person, you can also bring books to donate on site at the school house on the Dreampark. All we ask is that the books are new or like-new and of age-appropriate content for students grades K-12.

For more information on ways you can get involved in giving back at Dreamforce, visit dfgives.org. #DFGives