Salesforce Dublin Shows Support for Walk in My Shoes Campaign

Earlier this month, employees across Salesforce Dublin dug deep into their wardrobes and pulled out their finest mismatched shoes. Why? Well to show support for the ‘Walk in My Shoes campaign’, a dedicated fundraising initiative set up by St. Patrick’s Mental Health Services, aimed at supporting vulnerable young people in Ireland with mental health difficulties. 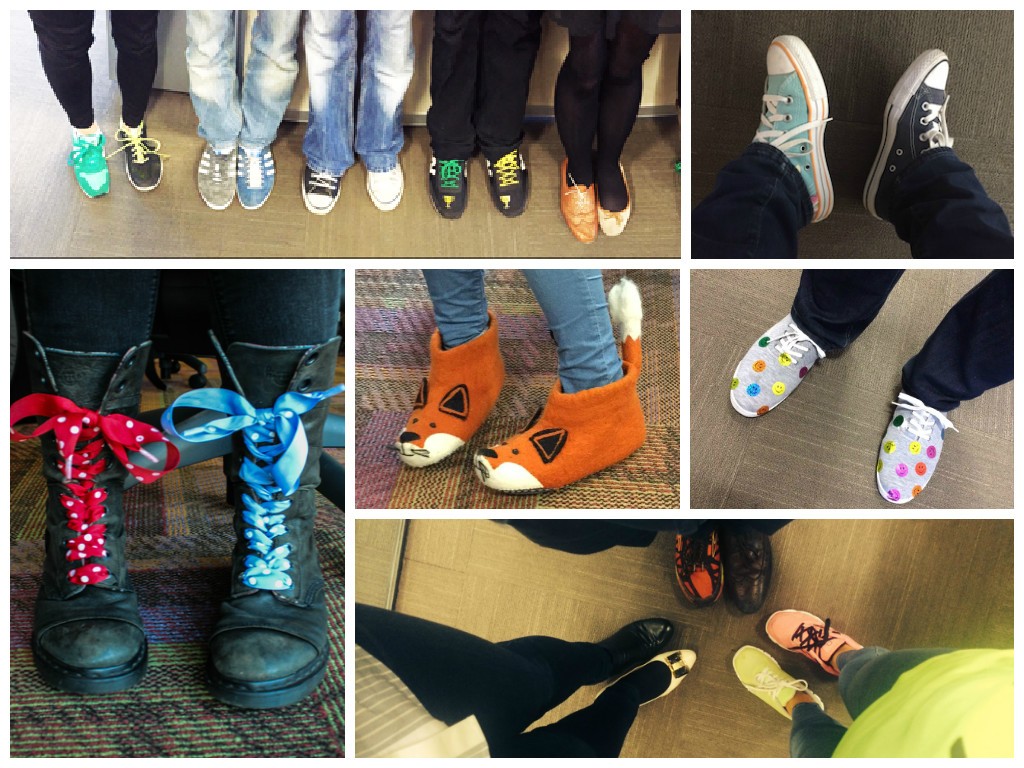 It’s easy to think that the well being of young people in Ireland has never been better. We live in a country known for socialising, of the ‘craic’, a cosmopolitan hub where technology giants lay their headquarters. But amidst this bubbling energy lies a dark undercurrent with an alarming percentage of young people suffering from mental ill-health. In fact, research shows that the psychological and mental health of young people has never been worse. Rates of youth suicides in Ireland are now the 4th highest in Europe.

The campaign “Walk in My Shoes” originated when a 16-year-old patient at St. Patrick’s Mental Health Hospital told his carers he wished his friends could put themselves in his shoes and understand what he’s going through when dealing with mental health issues.

Wayne Cummins, Web Production Trainee at Salesforce Dublin explains why he wanted to get involved:

“We wanted to support this campaign because it’s highly topical today, particularly in Ireland. We work in a fast paced environment where we have to meet tight deadlines and deal with different pressures. The Irish have adopted this culture where we think that ‘everything will be grand’, which doesn’t help. Added to this is an increasing stigma which has clouded our thinking on mental health. This campaign aimed to break the stigma that surrounds mental health, raise awareness and funds for vital mental health services and we were very proud to support it.”

Read more about the Walk in My Shoes campaign here: http://www.walkinmyshoes.ie/