Rising from the ashes – 5 truths I’ve learnt in Nepal

The response following the earthquake in April 2015 of aid, donations and support to Nepal was truly a global effort and amazing to see. Yet just over 2 months on, the situation is actually no better. Nepal is not in the news, the aid relief is not getting to the right people, it’s monsoon season and the majority are still without homes.

Last month, myself and 20 other employees from Google and Salesforce partnered up with Effect and Nepal Rises and spent the a week in Kathmandu, getting involved in a variety of aid-relief projects.

1) So Much Devastation, So Many Still Homeless

It was strange for me revisiting some of the more well-known tourist sights 2 months after my initial trip and comparing the destruction to the amazing structures I saw when I was last there (2 days before the earthquake).

People in Nepal have no insurance, no money, no materials. And although have the skills to rebuild, they are not able-bodied. The younger men are leaving the country to find work (e.g. in Qatar for the World Cup construction).

During my trip, we helped to rebuild 3 homes in a rural village, working with 3 skilled British workers volunteering with ‘All Hands’. We partnered with some of the villagers to ensure they were involved with the process, and not just building something that they would not like/live-in. 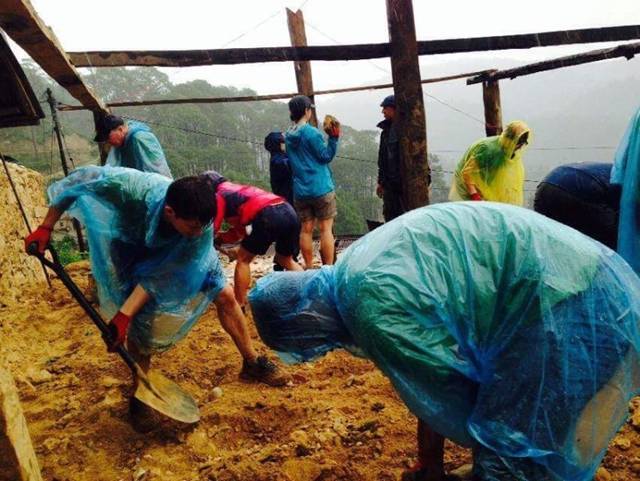 The weather went from scorching hot to heavy monsoon rain, but the team kept on working. We were kindly allowed to shelter with some of the animals when the rain was at its worse!

There was such a good buzz amongst the village, all these westerners coming to help. Even the school children were so excited to have us there and grateful for the work we were doing.

2) Support Is Not Getting To Those Who need It

Throughout the week we met with many Nepalese both within Kathmandu and outside in the rural villages. We spoke with them to get their thoughts on whether they are getting the support that they need – it seems, they aren’t.

Bureaucracy and politics can play a big role in larger NGOs and it usually takes them a while to mobilise during disaster relief so surely partnering with the local NGOs is the vital in order to get the support to the people who need it. 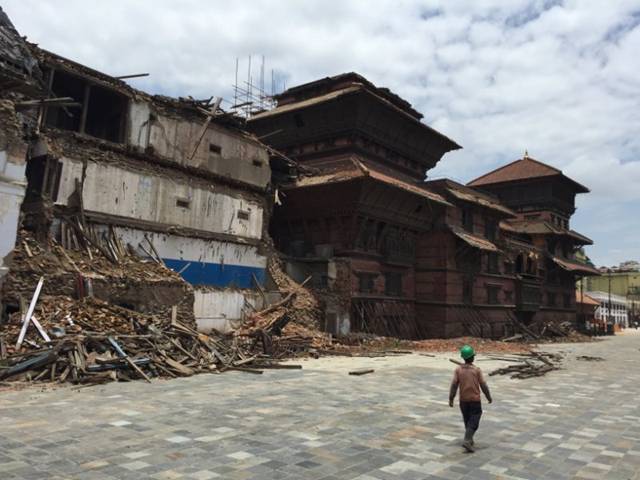 The impact that Nepal Rises and Effect.org have made with modest funds and a small number of people is truly amazing. During the first couple of days their volunteers would often report back that they were the first aid group to help them. Both groups maximised their use of technology to help support their efforts and their impact was all tracked on google maps and can be seen here.

It’s shouldn’t be about competition, it should be about cooperation and ensuring that as much of the money donated is getting to the people who need it.

Trade is also an issue. The price of everything has gone up significantly, yet the farmers are not increasing the costs of their crops. We have a once-in-a-lifetime opportunity to go into a rice-paddy and help plant rice, understanding more about the process and the work going into it. 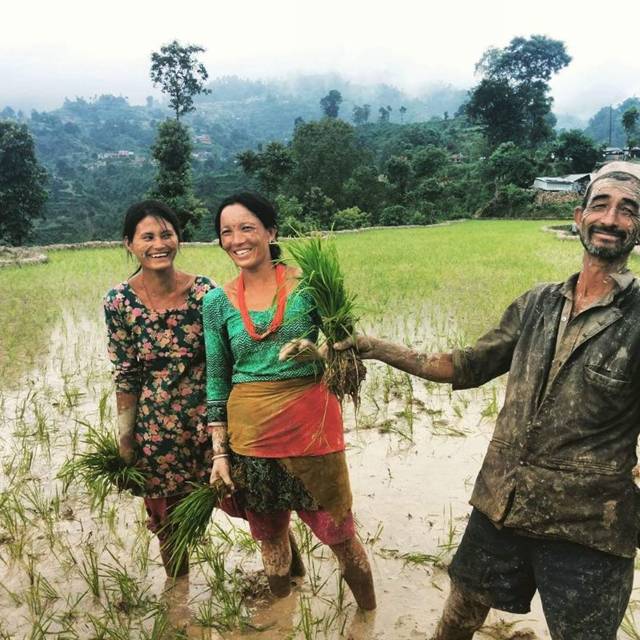 Although there was clearly a language barrier, the locals really enjoyed spending time with us and we had a great few hours together. They even cooked us a local dinner in the evening – some of our stomachs survived the local delicacies (Mine did not!).

On the Monday we visited Raksha Nepal and spent the afternoon with an amazing group of children. They welcomed us with a local song and dance.

Unfortunately these children were all victims of sex trafficking.

Raksha Nepal is an NGO founded in 2004 and run by women and girls who have been sexually exploited. They work with the children to identify alternative livelihood opportunities to start a safe and respectful life. Raksha Nepal believes that once girls and women are confident and educated the entire family becomes educated. This is one of the reasons that the organisation is determined and committed to work towards the overall well-being of women and girls who are sexually exploited. 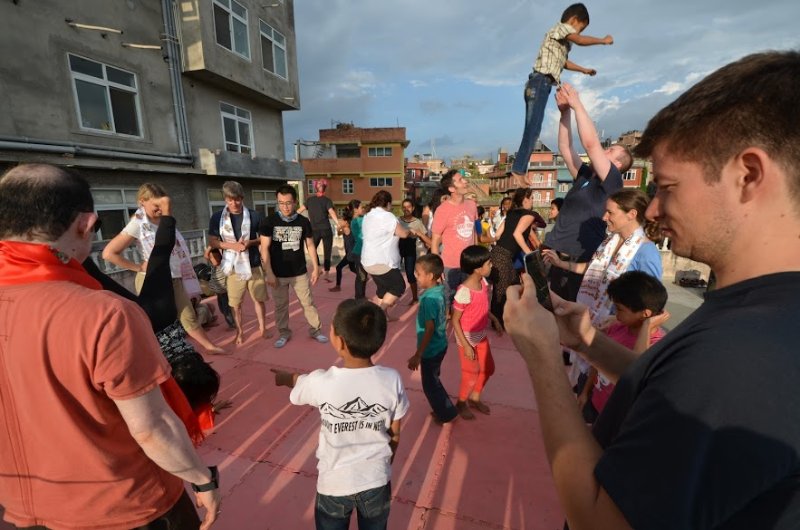 They were a young group who loved singing, dancing and playing games. To us, an afternoon of fun, to them, a lifetime memory.

Effect was originally founded to focus on education, creating a school in India. Over time, children started to disappear from this school. Casey (CEO Effect) discovered that this was down to children being trafficked either within India or across to Nepal for sex.

Fake ‘businessmen’ pretend they will pay the parents in return for employing their children (taking them away) and the parents unfortunately believe this to be legitimate. Unfortunately the payments rarely/never come and the children are put into a truly horrific life.

There is an open border between India and Nepal which makes the process of getting across the border much easier. The earthquake has unfortunately worsened the situation.

Effect have done an amazing job supporting in Nepal, though remain focused on their core mission, to improve education, keep these children in school, which in turn should help this horrific trafficking.

4) Technology Is Fundamental To Rebuilding Nepal

We took part in a 54 hour ‘Startup Weekend’ working with many local Nepalese developers. The goal was to create a brand new business idea which could help with the rebuilding of Nepal. 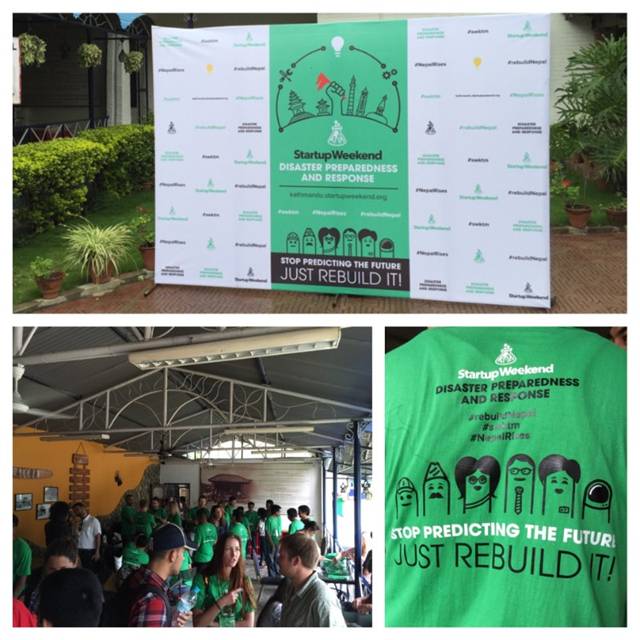 After a great brief on the situation in Nepal, the majority of the room then began pitching their ideas to each other before voting for the top ideas.

The team I was in focused on an alternative type of idea – the impact on mental health following the disaster. Our pitch was called ‘Start the Conversation’ – A platform to help train people within Nepal to help people with the loss of their families and loved ones. It would also connect many people in the west who are trained and want to help, yet don’t know anyone locally to connect with to help. We particularly focused on schools and children, recognising they are our future and the sheer pain in losing a loved one at such a young age.

Over the 3 days, teams created their businesses, working application and financial model, ready to pitch on the Saturday evening.

With a panel of expert judges from amazing backgrounds and experience, they were keen to select a proposition that could go from an idea to reality. Although our pitch wasn’t successful, I’m confident many will go forwards and technology really can make an impact in rebuilding Nepal.

5) Nepal Will Rise – Beauty Within The Devastation

The fact remains that Nepal is such a beautiful country and this beauty still exists. I have only been exposed to Kathmandu and the hiking trails in the mountains, yet know there is even more to explore. As Nepal continues to rebuild itself, they need tourism, they need volunteers (or voluntourism!) and need hikers. Nepal needs to remain in the news.

There’s a great campaign going on called ‘I Am In Nepal Now’ to bring back tourists. The government has projected losing 40 percent of tourists this year due to the mass departure of the visitors after the earthquake and cancellation of Nepal’s trip booking for the upcoming seasons that is estimated to be more than 70 percent. 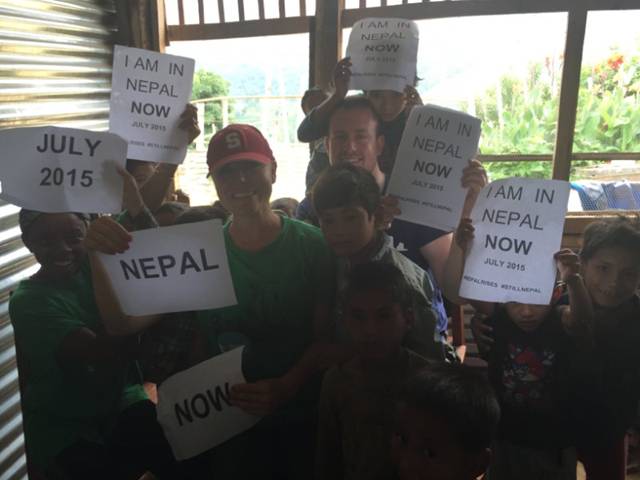 People need to know how beautiful it is and how much potential it has. I am still determined to go back in 18 months and complete my original challenge of hiking up to Everest Base Camp.

I am immensely grateful for this opportunity to go back to Nepal and make an impact. I made some great friends within Salesforce, Google and of course, with some amazing Nepalese.

Live Life. Give Back. Change Lives.