Reflections on my Salesforce.org Experience in Chile

I had dreamt of going to Chile since I was a little girl. One of my Uncles was an engineer in a global construction company, and he would come back from projects in South America, tanned, smelling strange, pockets full of pesos, tell me wild stories. And the little girl in me thought “wow”. I wanted to do exciting things like my Uncle.

So, needless to say, my heart was bumping like mad when I arrived at Santiago de Chile airport on a heated March Saturday morning. The first impressions of the city are best described by the words “massive and Manhattan-like, hugged by the Andes”. I set up house in a rented apartment in Las Condes, which is a safe, upscale area in the East of the city. If I was lucky, I could see the Andes from my 19th floor balcony – that is, if there was not too heavy smog to conceal the spectacular views.

On Saturday and Sunday evenings, we met with my Finnish Embassy contact Titta Maja, a lovely lady who helped me make this all happen. We planned the week to come, and she shared valuable background information on the assignments. 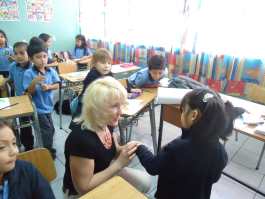 Monday morning, bright eyed and bushy tail, I hopped on the car organized by the Embassy, and travelled from the East to the far West of Santiago, to Pudahuel, which is an underpriviledged area by any standards. The traffic jam was thick like Turkish coffee, and on our way, I saw bus queues at least two hundred meters long! Well, greater Santiago has more than five million inhabitants, which is like all of Finland trying to cram onto buses and metro in Helsinki.

The first thing I saw, arriving at Escuela Finlandia in Pudahuel, was a psychedelic-coloured school guarded by psychedelically painted fences – and a hurd of screaming but heart-meltingly cute little children! I never found out why it really is called Escuela Finlandia. Some said European countries just happen to have schools named after them; on the other hand, I also heard a story about an ex- headmaster having been a refugee in Finland. Never mind the truth, being able to tell the children that I came from FINLANDIA, proved to be a huge asset. Very cool. 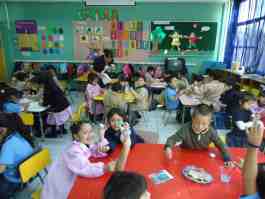 So, from minute five, without too much planning, off I was, accompanying the school’s English teacher David. Originally, the intention had been for me to teach kids between 12 and 14 years of age, but the plan had changed (and it did, more than once, during the week J). It was the whole range from 5 to 14, which I discovered two days prior to departure. Handy in that at least I could bring my trusted friend Kalevi the teddybear with me. I thought I’d use it as an icebreaker with the smallest kids.

All in all, the school was a positive surprise. Yes, the area may be underprivileged and some of the children have tough circumstances at home. Still, their joyfulness, energy and willingness to connect did not cease to surprise me. Kids of all ages (including the adolescents who in principle find adults sooooo boring) came to kiss me on the cheek after the class, and during the quick intermission when we run from one class to another, I have little people hanging on my waist, wrists and legs, shouting “Tia!” (Auntie/Teacher!) or “Miss!” or asking for Kalevi the teddybear! They were also tons more obedient than children in the Nordics who have enjoyed the so-called liberal upbringing.

In other words: what they lacked in knowledge they compensated in warmth and energy. I also observed that regardless of age and culture, positive feedback and encouragement can work wonders. Even some of the shy kids got so courageous as to ask me a question in English. 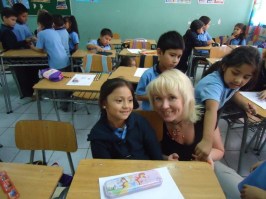 Suprises down the line

The third volunteering day kicked off with two surprises: first, there were public transport strikes on, so the drive to Pudahuel took a lot less than the customary one- and- a-half hours. Second, the school day started with a Catholic Mass, marking and celebrating the new school year.

The noise from almost seven hundred pupils entering the outdoor event arena of the school was loud enough to put a jumbo jet to shame. Still, the priest, who was young (and very handsome, I must add), totally handled the situation and captured what I’d describe as a mega-difficult hyperactive audience. The Father rocked! He was so good a speaker and performer that I began to wonder if he had watched Anthony Robbins videos?

The Indian summer heat outside was scorching (+35 C every day) and in an un-air-conditioned school barrack, it must have played havoc with the children’s concentration. I did not notice – after another nightmarish Finnish winter, I did thrive in tropical conditions. I must also give my respect to David, the school’s official English teacher: he teaches all classes, starting at 8am, finishing around 4pm – running from one group to the next, with a few minutes in between, just a half-hour lunch break at 1pm. All levels, I repeat, means ages from 5 to 14. Whoah.

Leaving the school area on the last teaching day was not an easy mission for me: just like in the intermissions, I got hit by that squad of adorable little people screaming “Tia!” and racing to hug & kiss me. Kisses on the cheek are, of course, a cultural standard in Chile, that’s how one greets and says bye to a female friend. In some of the kids, I also sensed a deep need for a safe and caring adult, so I gave them my warmest hug back. But with many, there was a lovely feeling of a friendship.

Startup Chile: fostering innovation and a culture of entrepreneurship

Friday – and part of the weekend, as it turned out – was dedicated to Startup Chile, which is a project launched by the Chilean Government to foster entrepreneurship and to turn Chile into a world-class hub of innovation. ” It’s all about cultural transformaion, building a culture of innovation and entrepreneurship in Chile”, explained Carolina Rossi, the Alliances Director for Startup Chile, whom I met on Friday morning. I thereafter helped coaching young entrepreneurs with their sales pitch to financiers. I felt honoured and inspired to be part of such a driven, energetic, innovative group of young people…many of who thought I was totally coooool to be from Salesforce!!! 🙂

In fact, some of these budding entrepreneurs wanted to meet up over the weekend, and I spent Friday and Sunday dinnertime coaching them. They have such fabulously creative ideas, all that’s needed is further development so that they have a viable sales and revenue model. Funny how the word “sales” seems to be foreign language to young entrepreneurs, regardless of nationality.

And the story continues…

The trip flew by fast, like a dream. But it seems like the story is far from over. We had a telco with Startup Chile after my return, and they asked me if I’d be interested in joining the programme as a coach. This would entail delivering online coaching sessions every now and then. They are also considering  to apply for some free licences through the Foundation – depending on whether their rules allow that.

I feel very grateful to Salesforce, to have had this tremendous opportunity to do something deeply meaningful. It’s still early days for me to see the real significance of it all… I may not be able to abolish poverty in the world but the week inspired me to re-write my mission in life: it’s about helping other people realize their dreams – and while doing that, realizing mine. 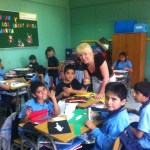 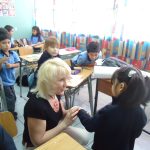 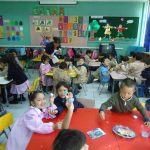 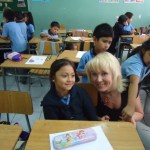 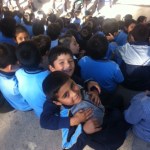 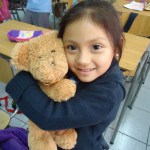