Proyecto Mirador Reduces Carbon Emissions with the Help of Salesforce

Proyecto Mirador has taken an unlikely route to improving the environment: through the kitchen. The nonprofit organization—and Cool Effect project—replaces wood-burning cookstoves with fuel-efficient “Dos por Tres” cookstoves in rural homes throughout Honduras, decreasing carbon emissions and deforestation while also improving human health through better indoor air quality. The organization has boosted the local economy, as well, by providing quality employment to 145 Hondurans.

When Mirador founders Richard and Dee Lawrence went to Honduras in 1998 with their daughter to help with relief efforts following the devastation from Hurricane Mitch, they discovered another major issue. Rural families were cooking on wood-burning stoves in their homes that burn up to eight hours a day, consume high amounts of wood and are poorly ventilated. The effects of these stoves are not only harmful to the families who breathe in the toxic smoke for hours at a time, but they also harm the environment by emitting high amounts of carbon dioxide and contributing to forest degradation.

The Lawrence family decided to do something about it, and in 2004, they started Proyecto Mirador. The nonprofit has since installed more than 130,000 improved cookstoves in rural Honduran homes, reducing more than 1 million tons of carbon emissions, while creating 22 local microenterprises and providing quality employment to Hondurans. But, it wasn’t always that way. They weren’t always able to accomplish the scale they are reaching today. 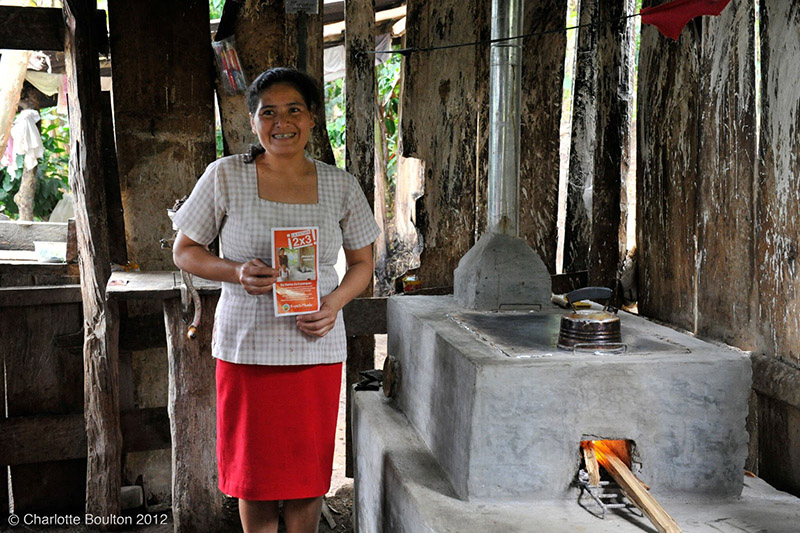 After receiving certification from the Gold Standard Foundation in 2009 to sell carbon offsets, Mirador entered a period of rapid growth, and its all-paper system couldn’t keep up with the demand. Household data was collected on paper and entered by hand into Excel spreadsheets. As a result, there was no efficient way to map stove locations or to assist beneficiaries with stove maintenance and upkeep. The rigorous monitoring requirements of the Gold Standard also required Mirador to provide detailed reports on everything from household information to employment data—all of which was tracked manually.

Mirador turned to Salesforce to remove the barriers that were preventing them from scaling rapidly and helping their local community. By adopting the Customer Success Platform, Mirador now has a single view of its beneficiaries, which employees can access on their mobile devices when they’re in the field. The organization uses GPS to track and monitor stoves by household and has streamlined operational workflow. Now, Mirador can efficiently process data for Gold Standard reporting.

In order to augment and customize the platform, Mirador turned to the Salesforce AppExchange, the world’s leading enterprise cloud marketplace, to integrate solutions for their unique needs. For example, Mirador has integrated apps to track and address construction and maintenance issues as they arise via SMS. They also train management and developers using Trailhead, Salesforce’s interactive, guided and gamified learning platform.

Mirador is a Cool Effect project, a nonprofit crowdfunding platform that enables individuals to fight climate change by supporting the world’s best carbon reduction projects. Using Salesforce, individuals and organizations who purchase Mirador credits on the Cool Effect platform receive detailed metrics on how the project is performing and how their donation is improving the planet and people’s lives.

Before Salesforce, Mirador was building fewer than 5,000 stoves per year. After implementing Salesforce, they’ve more than quadrupled their output, building and installing more than 20,000 stoves in 2016 alone.

“We can proudly say we have the most robust monitoring platform in the cookstove world today, and that’s thanks to Salesforce,” said Richard Lawrence, founder of Proyecto Mirador.

Because of the tremendous impact Proyecto Mirador is making to improve the environment and the lives of people in Central America, Salesforce has chosen Mirador as one of its high-quality carbon offset providers.