It’s Time for Nonprofits to Think About Tech as Program Work, Not Overhead

By: Joan Garry, Founder of the Nonprofit Leadership Lab

For nonprofits, there is no going back to “normal.”

And in many ways, that’s for the better. There were more than a few flaws with that “old normal”, the biggest of which is the sector’s relationship to digital technology. For many nonprofits pre-pandemic, technology was an afterthought that was too often considered overhead rather than an asset.

During the pandemic, it was the connective medium. It served as a critical lifeline, bridging the gap between nonprofits and supporters. And seemingly overnight, organizations that once regarded digital transformation as a long-term project were implementing, onboarding, and investing in technology that could keep them connected to their supporters and keep their missions going. Most importantly, nonprofits saw the power that technology has to expand their reach — to bring more people to their organization. More awareness, more access, more power.

So now that the nonprofit sector is on board with the digital revolution and executives and boards alike have seen its critical importance firsthand, here’s how to take the next steps to make technology the bedrock of your organization’s strategy in the years ahead. 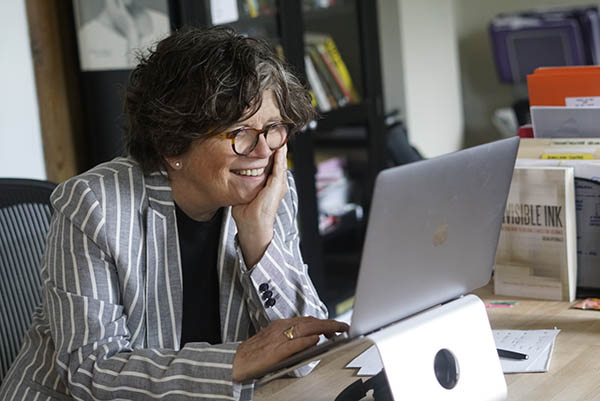 The pandemic enabled nonprofits to see the power that technology has to expand their reach — to bring more people to their organization.

1. Build Your “Army of the Engaged”

People = power. That’s probably true in most cases, but it’s especially true for nonprofits that don’t trade in physical products, and instead rely on building community, creating deeply-rooted connections, and mobilizing others to join your cause.

So how do you bring together as many people as possible to support your mission? Whether we’re in a pandemic or not, the answer is technology. Sure, a fancy gala could bring together a few hundred of your city’s biggest donors, but a livestreamed gala can bring together people from all over the world. And you get to wear your pajamas. Last year forced the hands of many nonprofits to get innovative and experiment with new digital strategies. The positive results proved why technology should be a foundational component to any viable long-term strategy.

In a recent panel discussion I moderated at Salesforce.org’s Nonprofit Summit, I talked with industry leaders about this sea change of nonprofits embracing digital. Trovon Williams, senior vice president of marketing and communications for the NAACP, talked about how the pandemic changed his organization’s strategy moving forward.

“Because of the pandemic last year, we had to think differently and more creatively. And digital advocacy became one of the strongest mechanisms for us to inform and activate our members of the NAACP across the country,” he said. “We learned very quickly how innovative we can be. There is no going back, digital advocacy has to be a part of what we do moving forward.”

Not only was the NAACP able to continue engaging donors through the shutdown, they were able to expand their reach even further than before. Advocacy-based organizations are one thing, you might be thinking — but what about my organization that’s based on one-to-one relationships? Jarrod Bell, chief technology officer at Big Brothers Big Sisters of America, said he and his team found that technology enhanced the relationships between Bigs and Littles.

Mary Nemerov, chief philanthropy officer at the California Academy of Sciences, told us they were able to reach many more times the normal students they engage with in a typical year — something that was especially critical when so many kids were out of school and missing out on traditional learning experiences. “We had to flip everything digital. We realized that families who couldn’t visit wanted our digital content more than ever,” Nemerov said. “We reached 10 times more kids in this past year than we usually would because digital engagement helped us reach more people and helped them tap into us.”

Bottom line: Whether you’re building grassroots support for equality or fostering mentorships for kids, the power of nonprofits lies in the number of people who know about you and the number of people you can invite to be closer to your work. The bigger your group of supporters, the more people power you have behind you to solve big problems.

2. Prove the Benefits to Your Board

Undoubtedly, nonprofit teams are seeing tech in a whole new light after 2020 — whether that’s making digital investments or moving technology from operations teams to senior leadership teams to cement its status as a mission-critical component.

However, nonprofit boards might not have come out of last year with that same takeaway. So how do we make the case to boards, funders, and philanthropists that a new model is needed for funding technology projects and the talent necessary to make them a reality? Remind everyone about the successes of last year at any chance you can get.

“Digital became mission delivery for us. It wasn’t ancillary to face-to-face engagement,” Nemerov said. “This has to be a central part of our strategy, because if we believe that our organizations can do more work with scale, then [technology] has to be central to all of our strategies.”

Technology isn’t overhead — it’s driving impact and it’s quantifiable. And for organizations that made a quick pivot to digital and weathered the storm, last year’s results prove that. “Digital helped us scale, and the reach that we’ve been able to garner over the last year has to be essential going forward and we’re excited about the possibilities made possible because of it,” Williams said. “Scaling our digital utilization has to be the necessity going forward.”

“The mission-critical importance of technology is something that the for-profit sector figured out long ago,” said Bell.

“Our sector as a whole has been about eight years behind the for-profit sector in this regard. Technology was seen as a cost,” he said. “This past year accelerated our journey to get where for-profit is: Technology isn’t about strategic enablement — it’s key to survival.” 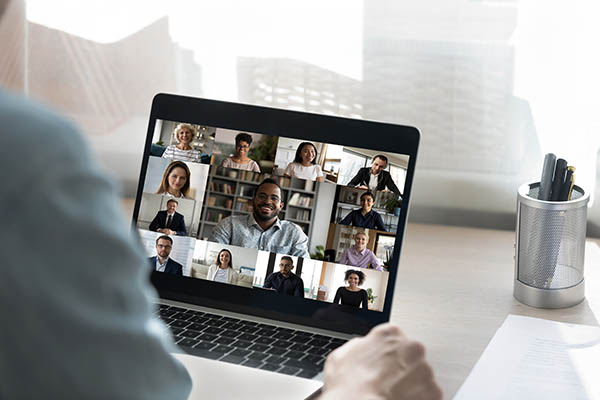 During the pandemic, technology served as a critical lifeline, bridging the gap between nonprofits and supporters

3. Keep the Spirit of Innovation Alive

For a sector filled with so many fierce agents of change, I find many nonprofits to be remarkably risk averse. Whether that’s because of the false impression that overhead is anything that doesn’t go directly back to programs or a nonprofit board of directors that often interprets oversight as risk management, it’s a mindset that often curbs innovation within nonprofit teams.

Having leaders at the top of your organization that recognize the importance of innovation, and enable their teams to chase it is important. “We’ve benefitted mightily from having a leader who acts as an umbrella, allowing us to go out and try innovative things,” Williams said. “We’re in a show-and-prove model now — innovation last year was a necessity, and we were able to show the tangible outcomes of that innovation that prove its benefit that allows us to expand on that innovation.”

Bell echoed the same sentiment, noting that it’s all about mindset that sets the tone from the top down. “If there’s anything that gets you from a sustained and stability mindset to a growth and innovation mindset, it’s an existential threat like we had last year. What has happened over the last 12 months has fundamentally changed how we look at how to invest and how to grow our organizations to deliver best on our mission.”

After such a difficult year, it can be easy for senior leaders to look back on 2020 as something to build back from, rather than the foundation for a different direction with improved strategies that can be the building blocks for new, exciting changes ahead. Capturing that spirit of innovation and harnessing it for future growth is paramount, Nemerov said. “We have to build a budget for the future, not for the past. How can we keep accelerating that positive change that we created?”

Williams closed the panel discussion with an apt reminder for all of us in the new normal ahead: “Advocacy has one direction: forward.” If 2020 proved anything, it’s that technology can unlock program innovation, expand your program reach, and offer a whole new world of geographic and socioeconomic access. With those hard lessons learned behind us, can we all make a pact to never go back to treating technology as overhead again? 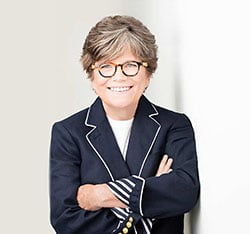 Joan Garry is the founder of the Nonprofit Leadership Lab, an internationally recognized champion for the nonprofit sector, and a highly sought after executive coach for CEOs at some of the nation’s largest organizations. Joan is the go-to resource for hundreds of thousands of nonprofit leaders worldwide. Through her blog, podcast, and book, Joan Garry’s Guide to Nonprofit Leadership, she has become the ‘Dear Abby’ of the nonprofit sector, advocating for the success of nonprofits large and small.