If you happen to not be a billionaire, there is certainly a lot to worry about in the Tax Cut and Jobs Act that Trump passed into law in December. One particular change to how tax deductions work has created plenty of concern in the nonprofit fundraising world—so we went out in search of answers to find out how big the impact might be. 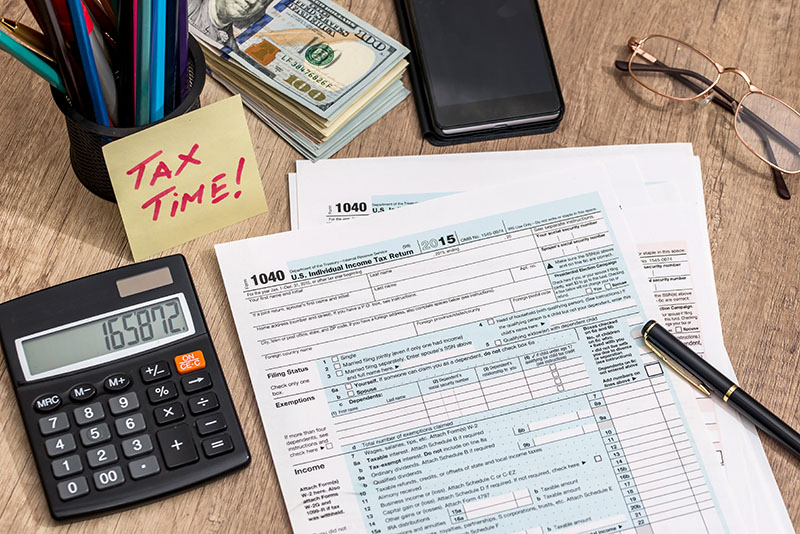 First, some quick background. As fundraisers well know, when you do your taxes, you can reduce your taxable income by claiming a variety of deductions—most importantly, of course, many charitable donations. That special treatment can be an incentive to give more generously, if a taxpayer happens to itemize their deductions.

Most filers don’t itemize; about 69% of tax returns in 2015 instead claimed the standard deduction. For these folks, there is no tax incentive to donate—and most of us have seen that play out in our own understanding of donors.

That’s where Trump tax law comes in. It doubles the standard deduction for taxpayers, which some in our industry believe could mean fewer donors claiming tax deductions for their donations.

And that’s the big question: will this change in tax law undermine charitable giving?

And because this is about taxes, it gets even more complicated. The law passed in 2017 but didn’t affect 2017 tax deductions directly. So some groups that had strong December performance have asked: what if donors gave more in 2017 before the tax law took effect, with the intention of giving less (or sitting out) 2018?

To get some kind of read on how donors are thinking about all this, M+R ran a public opinion survey. We got 400 responses from people who say that they make donations to charity. And, it’s important to note here that what people say is often not what they do. So, while we’re paying attention to what we learned in our research, we can all agree that the best information about the impact of the tax law will come when we look back on our 2018 fundraising results next year.

With all that in mind, here are the highlights from our research:

How did the recent changes in the tax law affect the amount you donated in 2017? My giving: (fill in the blank)

Looking at last year, most donors responded the tax change didn’t affect their charitable giving. For those that did, more said they increased 2017 giving than decreased it. This was also true for high-income ($100k+) donors, and donors who said they itemize their taxes.

How do you anticipate that the recent changes to the tax law will affect the amount you donate in 2018? I anticipate my giving will: (fill in the blank)

Looking ahead to this year’s giving, with the new tax law in effect, donors said they anticipated increasing donations as well. Again, this was true for people who itemize their taxes, and high-income donors too.

A couple final caveats to know:

That said, we found no real cause for alarm in this survey. If you had a great end-of-year, our survey suggests that is not a mirage that will vanish under the new tax code. If you are worried that increasing the standard deduction will lead to less effective fundraising for your tax-exempt nonprofit, this should bring you some peace of mind.

THD also put together an analysis on which donor segments would be most affected by the new law (you can read it in full). Here’s a short summary:

Donors with income $100,000 or less—which make up most of organizations’ donor files—are less likely to see much of a change; fewer of them itemize to begin with. Many of those that do will see a small increase in their paychecks, which may prompt an increase in giving that counters any negative effects.

Donors with income between $100,000 and $400,000 are going to be the most affected. This is a segment that probably would have itemized their taxes for 2017, but would be less likely to benefit from it in 2018. However, they’re also a segment that’s getting a big tax cut—and with more disposable income on hand, they should be positioned to give generously anyway.

Donors with income over $400,000. For most of these folks, it’ll make sense to itemize even with the higher standard deduction. It’s unlikely the tax law will negatively impact their giving behavior.

And here’s one final bit of supporting data. We took a look at year over year performance for January 2018 vs. January 2017 for a selection of 501(c)(3) organizations. We excluded organizations that had massive spikes of giving in January 2017 because of either Trump attacking their cause, or because of major humanitarian emergencies. It’s kind of depressing how many nonprofits fall into those two categories, but we still had a pretty robust data set.

If the tax law were tanking fundraising in 2018, we’d expect to see some evidence in these numbers. But we’re not seeing it. Of the seven organizations we looked at, six of them are seeing better returns this year than last year. Obviously, there are more variables in play than the tax law here, but so far those big fears aren’t materializing. We’ll let you know if we uncover any evidence of that changing.

P.S. From the Salesforce.org team: We’re working with M+R on more best practices research like this in nonprofit marketing and engagement. Stay tuned for details! In the meantime, you can check out some great fundraising resource like this demo.

Jonathan Benton is a Vice President at M+R and heads up the Analytics and Optimization team. M+R is 130 smart people who help nonprofits achieve real, lasting change. They mobilize supporters, raise money, and move the media, the public, and decision-makers.