When BRAC, one of the world’s largest NGOs, tried to digitize its paper-based record system to improve decision-making and provide continuous improvement for its Skills Development Programme (SDP) in Bangladesh, it hit a wall.

SDP enables disadvantaged women and men improve their job skills, income, and workplace by focusing on apprenticeship and entrepreneurship-based programs for the informal economy, enterprise development in the light engineering sector and building a pool of skilled professionals for Bangladesh’s increasingly capital-intensive formal sector. 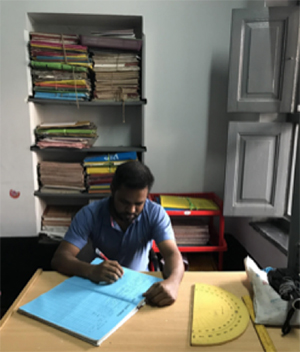 BRAC had been managing the program and directing its far-flung field operation with data gathered on paper and transferred to spreadsheets – various versions of which were not compatible across the entire enterprise. An added challenge in using digital technology for its Skills Development Programme was that field staff who had not touched a smartphone or laptop during 25 years working for BRAC would now have to rely on a mobile app and cloud database to get some of their work done.

Finally, to achieve program scale, SDP needed to analyze their operations and manage data in a smart way that encouraged continuous program improvement. BRAC had deployed other MIS systems so the SDP team took those into consideration in building their solution.

”Management wasn’t using those systems to really drive their decisions,” said Eshrat Waris, the manager of the Skills Development Programme, during a recent TaroWorks webinar. “After studying, it became clear those systems were being built for donor reporting…but it’s not where the data flows from. The data flows from the field.”

The SDP team turned to the Salesforce,org Nonprofit Cloud platform and TaroWorks (available on the Salesforce AppExchange), a mobile field service app which functions both online and offline – to pilot the technology in 15 SDP branches. The goal was to see if using mobile and digital tools could increase data management efficiency and inform daily decisions to foster continuous improvement in operations. 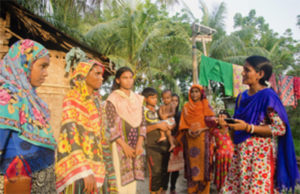 TaroWorks being used on a smartphone at a learner’s house. Source: BRAC

The mobile and cloud technology was provided to 2 Area Managers, 6 District Managers, and 15 Programme Organizers. The front line field staff, each Programme Organizer was responsible for an average of 56 learners. The 15 pilot branches had 1741 learners and 721 Master Craftspersons.

“… we needed a technology where we were able to capture the data as things were happening in the field,” said SDP manager Waris. “We needed a real-time field operations management system and for us TaroWorks served that purpose.”

TaroWorks and Nonprofit Cloud were used to create and administer mobile data collection surveys, digitize key elements of daily field management and identify trends or roadblocks by visualizing the data on Salesforce dashboards. When it came time to assess the pilot’s success, Waris realized that the field staff – who were not accomplished technology users – embraced the mobile app and cloud platform, to the point of even offering ideas for new data collection forms and building custom Salesforce reports themselves. As a result, BRAC scaled the system from the original 15 pilot branches to 141 branches overnight. As of 2018, over 60,000 youth, business owners and migrants have been reached with plans for reaching out to half a million in the next few years. 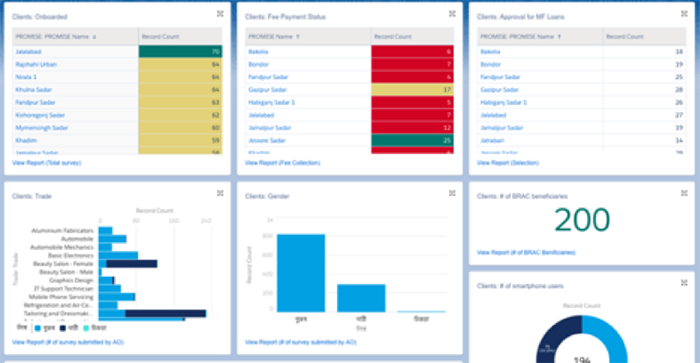 BRAC was able to make program improvements by reviewing the data in a number of areas including:

With the mobile technology pilot program completed, BRAC learned important lessons, which helped it expand TaroWorks and Salesforce use across all of its Bangladesh field operations.

Want to get more inspiration for your nonprofit programs? Download the Nonprofit Cloud digital magazine.

GET THE DIGITAL MAGAZINE

Read about the Grassroots Mobile Survey — an open-source, accessible solution that enables workers and volunteers to collect data wherever…