Making technology accessible at both the developer and user level

Accessibility Dojo to Arrive in Liverpool at A11yhacks and CoderDojo Event

When we talk about coding being accessible, we often look to groups like CoderDojo, Code.org and CodeClub; organisations who’ve done incredible work in demystifying coding and making the learning process more fun and engaging. Yet, although these clubs and resources are accessible to most, there are still many groups that are left underserved, one such being those with visual impairments.

In May, at the Salesforce World Tour London we witnessed the kick-off of a series of accessibility Dojos, put together by a passionate group of coding mentors from across the technology and business sectors. At the event, 24 young people both sighted and partially sighted, came together to solve programming challenges with a goal of raising awareness of accessibility within the ‘learn to code’ movement and also to highlight the challenges faced by children with visual impairments. 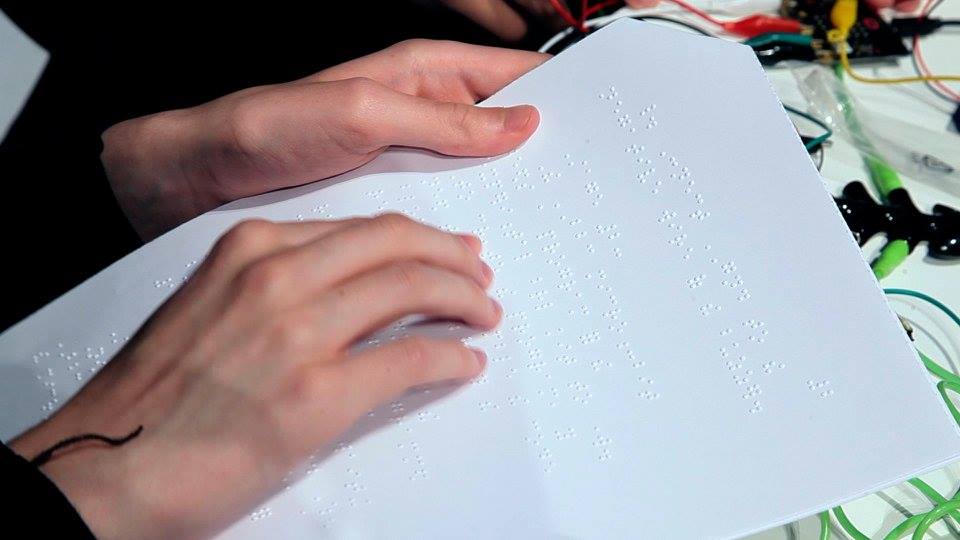 Teaming up and amplifying impact

On September 14th the same team will be running a Dojo at St.Vincent’s specialist school for sensory impairment which will see 50 would-be coding ninjas get the chance to learn to code in a fun and interactive way – there’s even talk of drones!

This time the team is armed with more knowledge, experience and some top class support from Salesforce.org, Thomson Reuters, CoderDojo, the BBC, Wayfindr, Recite Me, and Primo Toys.

The main protagonists of the group are Will Coleman, Director, Developer Relations at Salesforce, John Claffey, Global Technical Specialist at Thomson Reuters, Ben Mustill-Rose, a visually impaired developer from the BBC and Su Adams from CoderDojo London; together they form A11yhacks – a self proclaimed rag-tag team of creative thinkers with a goal of making coding accessible to all.

There’s real excitement around the Liverpool Dojo. “We’re really looking forward to Liverpool,” says Coleman. “This Dojo will be bigger, better and offer much more opportunity for the kids to get involved and learn some real skills. We’ll be teaching them about web accessibility through puzzles, experimental braille communications powered by the BBC micro:bit and we’ll be also using Cubetto which will give participants the chance to programme a robot using physical blocks.”

There’s more work to do…

The primary motivation behind A11yhacks stems from the lack of available resources for children with vision impairments in learning to code. Ben Mustill-Rose says: “Programmes that teach coding fundamentals, like Scratch, are inaccessible to children with visual impairments as they are based on visuals. This means that, if you’re blind, you have to get into text programming straight away, which can put some children off, unless they’re really into computers.”

“I would like if we could get children with visual impairments to the point where they are good enough at computer programming to get into a work experience programme, and then eventually get a job in technology”

A11yhacks is also focussed on building awareness amongst the next generation of sighted developers. John Claffey says: “We want to educate the kids who attend CoderDojo and coding clubs about accessibility, to provide guidelines and make them aware that not everyone sees a website in the same way. We’re planning to offer a set of open source resources and materials that the wider coding community can leverage.”

85% of people with visual impairments are unemployed at a time when 39% of companies are struggling to hire workers with appropriate computer skills (British Computer Society). A11yhacks hopes to make some impact here too: “I would like if we could get children with visual impairments to the point where they are good enough at computer programming to get into a work experience programme, and then eventually get a job in technology” says Mustill-Rose.

The group is grateful for the support they’ve received so far: “organisations like W3C and Microsoft have been in touch and are eager to give advice and support. Its nice to know we have people working at the cutting edge, advising us,” says Claffey.

Stay up to date on accessibility dojos by following the group on Facebook: @accessdojo