In 2020, 65.4 million images, videos, and other files related to child sexual exploitation were reported to the National Center for Missing and Exploited Children (NCMEC).

Most of the illegal content reported to NCMEC’s CyberTipline was found by technology designed to detect previously identified child sexual exploitation materials (CSEM) in the form of photos and videos. These tools unfortunately still fail to detect a significant form of CSEM — livestreaming video, whether produced by manipulative “groomers” or by violent traffickers.

Despite the need to address this gap, PhotoDNA and related tools are currently facing attacks from both tech sector policies (like expanded adoption of end-to-end encryption) and government regulation (such as the European Union’s ePrivacy Directive). These attacks also threaten innovations to detect and disrupt other forms of online abuse, including the trafficking of children through livestreaming video. Without detection tools, the vast majority of reported CSEM would remain on the internet, the victims still at risk would have no chance of being rescued, and the perpetrators wouldn’t be punished for their heinous crimes.

Offenders benefit from impunity when their crimes cannot be detected, and vulnerable children are victimized again when adults in authority turn a blind eye to their exploitation.

Here’s why the data privacy conversation is about more than just keeping our messages confidential, and why IJM’s work — and the protection of millions of vulnerable children around the world — depends on governments and tech companies getting it right. 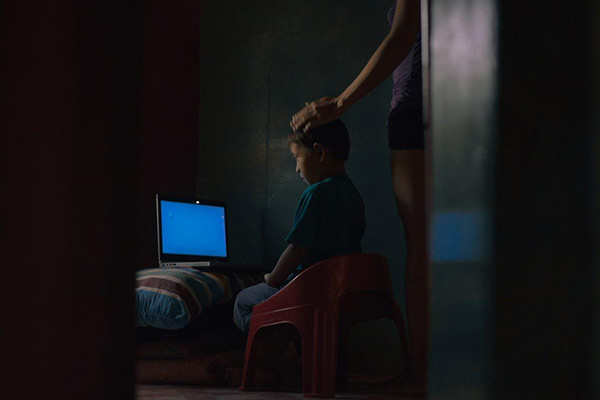 According to a study released by IJM last year, the median age of victims of online child sexual exploitation was 11 years old, with the youngest being less than 1 year old.
*Note: this is a stock photo; child is not an actual victim (Photo: IJM)

Established in 1997 as a victim-centered organization that protects children from violence and abuse, our purpose at International Justice Mission (IJM) is to work collaboratively with our partners and local authorities to strengthen justice systems and build communities where all people can be safe and protected.

Among a variety of justice system-strengthening projects around the world, IJM specifically focuses on ending impunity for online sexual exploitation of children in the Philippines, a global hotspot for the trafficking of children to produce new CSEM through livestreaming video on popular video chat platforms. As part of that work, we urge governments and the tech sector to promote child safety by acknowledging and protecting the privacy interests of victimized children — not just the privacy interests of users.

IJM’s newest effort, the Center to End Online Sexual Exploitation of Children, partners with governments, industries, nonprofits, and other key stakeholders to fight the online sexual exploitation of children around the world. Building on IJM’s experience in the Philippines, the Center has three critical objectives: improve the detection and reporting of the crime by technology and financial sector platforms, strengthen international collaboration in law enforcement and prosecution, and support effective justice system responses in both the source-side and demand-side countries. Through these strategies, the Center aims to create sustainable protection for children and accountability for perpetrators.

Even before the COVID-19 pandemic forced millions of people to stay home, the global demand for CSEM seems to have been growing rapidly. In 2019, NCMEC reflected on “explosive growth” in CyberTipline reporting, with 18.4 million reports—more than one-third of the total ever reported up to that point—received in 2018 alone. This upward trend has continued, as the CyberTipline received nearly 21.8 million reports in 2020. Livestreamed sexual exploitation of children has increased so rapidly in recent years that the U.K. National Crime Agency considers it one of the emerging threats to children today.

The pandemic forced the world to adjust to working from home and remote learning as offices and schools closed. Consequently, sexually-motivated offenders found themselves with more free time to spend online in the privacy of their homes, financially-motivated traffickers had increased access to vulnerable children to exploit for profit, and governments were focused like never before on public health, travel restrictions, and relief efforts for impacted citizens. The perfect storm of circumstances prompted by the pandemic exacerbates the need for improved child protection and makes the already-heated data privacy debate more important and urgent than ever before. 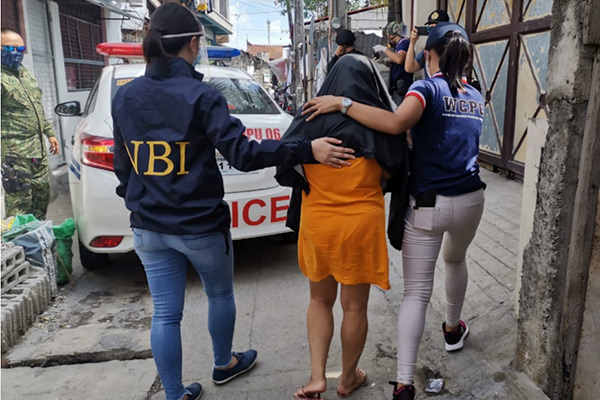 Operatives from the Philippines’ National Bureau of Investigation (NBI) and the Philippine National Police – Women and Children Protection Center (WCPC) arrest a suspected trafficker in the city of Caloocan in 2020. She is facing charges for allegedly trafficking three minors for livestreamed child sexual exploitation. (Photo courtesy of WCPC – Anti-Trafficking in Persons Division)

The Responsibility of Tech Companies

While IJM’s core expertise involves strengthening public justice systems, CSEM production and livestreaming are technology-enabled crimes that require technology-enabled solutions. Because these abuses happen on technology platforms — like video chat platforms, messaging apps, and social media sites — the tech industry has both a profound responsibility and a critical role to play in detecting, disrupting, and reporting these crimes.

The idea that child safety is opposed to user privacy is far from the truth — user privacy has co-existed with CSEM detection technology like PhotoDNA for the last decade, as tech companies and other agencies have identified and removed known child sexual abuse imagery without compromising the privacy of non-contraband materials.

While PhotoDNA is widely used by tech companies today to identify known exploitative content, it’s not designed to find newly created or first-generation content — much less spot the livestreaming of these abuses. Additional detection technologies must be developed and deployed. Early detection, coupled with robust reporting, will help law enforcement identify and safeguard potentially thousands of children in urgent need of protection.

The widespread disruption of these crimes will also deter traffickers from using mainstream platforms, driving some of them out of their exploitative business and relegating others to darker corners of the Internet. When the tech sector does its part, children will be protected and law enforcement can continue its pursuit of offenders on the run.

Tech companies can fulfill their central role in proactively detecting abusive livestreaming and other first-generation CSEM by: 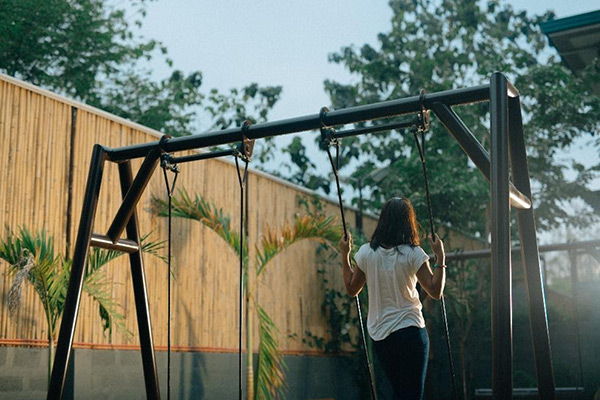 The IJM-led study released last year revealed that victims of online sexual exploitation suffered abuse for two years, on average, before law enforcement intervention. In the case of Cassie (pictured), the abuse and exploitation lasted for nearly five years.(Photo: IJM)

The global tech sector must do its part to improve detection, disruption, and reporting of those who traffic children to produce new CSEM. This is a global crime demanding a collective global response. It requires a collaborative effort between international law enforcement, government, nonprofits, and private sector companies. We can protect children from online sexual exploitation — and honor the privacy of victims and survivors — while simultaneously protecting legitimate user privacy interests.

Register now to attend Nonprofit Summit on April 21, where you’ll hear from IJM and other nonprofits doing life-changing work. 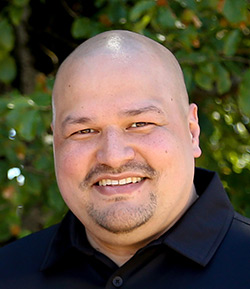 Brandon has been with IJM since 2016, when he left his nearly 18-year career in U.S. law enforcement to help launch IJM’s project against online sexual exploitation of children in the Philippines. He served for three years as an investigative advisor/consultant to the Philippine National Police, building capacity through daily mentoring and more formal training. Brandon regularly presented in various international venues about IJM’s work in the Philippines and global strategies for countering online sexual exploitation of children. In 2019, Brandon returned to the U.S., where he now remotely supports IJM’s Center to End Online Sexual Exploitation of Children and related programming as a Technical Advisor.