Ending the Cycle of Poverty With Access to Quality Education

Their fate seems set from a young age: Children living in some of the most deprived communities in Cambodia are often denied the chance of an education, trapped in a cycle of poverty with no escape. At risk of abuse, neglect, or exploitation, often forced to work, these children fall through the cracks and have little hope of any schooling at all.

The Cambodian Children’s Fund (CCF) is changing this and giving these children hope — of an education and a better life. CCF is a non-governmental organization and a registered charity in the U.S., U.K., Hong Kong, and Australia. Since 2004, CCF has been working with the most impoverished communities to ensure these marginalized children get access to education. By removing barriers and supporting their families, CCF keeps children in school, allowing them to fulfill their potential, lifting entire families out of poverty and offering a brighter future for the next generation.

It started with just one child — and one man’s wish to change a life. Scott Neeson was born in Scotland and grew up in Australia. A school dropout, at 17 he found a job at a local cinema, working his way up to managing director of distribution at 20th Century Fox (Australia). By 2000, Scott was living in L.A. with a million-dollar salary as Director of 20th Century Fox International.

When he took a trip to Asia in 2003, he was taken to Steung Meanchey in Phnom Penh, Cambodia, the largest landfill site in Southeast Asia, where 1,000 children lived and worked. After hearing one girl’s story and meeting her sick mother, he decided to help them. Years later, this first girl, Srey Nich, has graduated from university. More children followed, because Scott gave up his Hollywood life and moved to Cambodia to set up the Cambodian Children’s Fund. 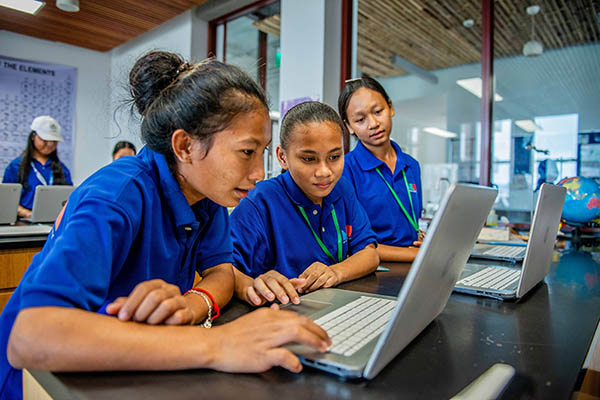 The mantra and model of CCF remains education for all and a commitment to equal opportunities for girls.

CCF has transformed the lives of thousands of children by delivering high-quality education, leadership training, and support programs. CCF now has five schools, with the flagship Neeson Cripps Academy (NCA), located less than 300 meters from the landfill site, providing a first class STEM-based education and route to university, vocational training, or directly into a career. The opportunities the students have through access to the latest technologies and an enhanced teacher training program are a world away from their former prospects.

Our mantra and model remains education for all, and a commitment to equal opportunities for girls:

How Salesforce Is Driving Change at CCF

CCF has recently undergone its own transformation, building sustainability through a new fundraising and donor relations strategy underpinned by the Salesforce platform. CCF supporters are passionate about being deeply engaged with our work, so we wanted to improve our communications with them.

Salesforce became the partner of choice thanks to its unmatched technological solutions and a foundation of shared values. The Salesforce CRM system provides a unified view of our donors and their giving history, which enables meaningful donor communications wherever CCF staff are.

The system is integrated with Blackthorn Payments and Stripe, so we can transact monthly and recurring payments directly, avoiding time-consuming manual data-loading processes. Donations made via our website are also fully integrated. The system provides timely notifications of significant donations and new donors.

We are also launching a self-service portal where supporters can update their details online and a regular giving program to secure new donors. Unlocking new funding streams will allow us to deliver greater social impact with a sustainable income.

Support CCF in its mission to transform the lives of some of the most impoverished children and learn more about how technology can drive equity in education. 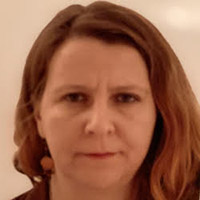 Kate is a British journalist working as a Senior Communications Editor for the Cambodian Children’s Fund in Phnom Penh, Cambodia. She has previously worked in Cambodia, the Middle East and the U.K. for newspapers and magazines.