How to Implement a Data-Driven Approach to Fundraising

The National Aquarium opened on August 8, 1981 as the jewel of Baltimore City’s Inner Harbor redevelopment. With a mission to inspire conservation of the world’s aquatic treasures, the Aquarium is consistently ranked as one of the nation’s top three aquariums, and as Maryland’s largest paid tourist attraction. It features thousands of fish, birds, amphibians, reptiles, and mammals — all living in award-winning habitats.

Old ways and old systems led to the National Aquarium re-examine its approach to fundraising. Using Salesforce, coupled with iWave, they found a solution that enabled them to be more proactive in their fundraising efforts. Here’s how the organization updated its legacy systems, resulting in better, more robust fundraising. 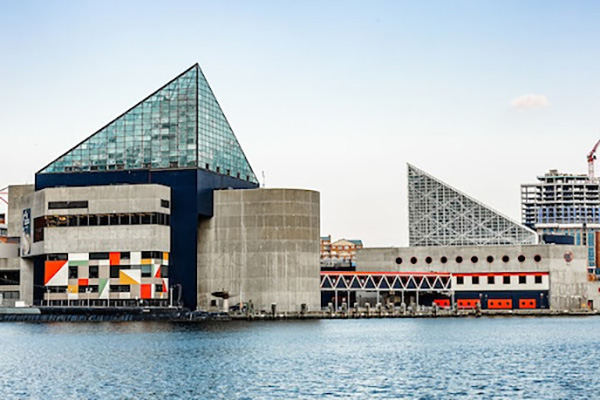 Old processes and tools weren’t allowing the National Aquarium to fully maximize its efforts. Previously, they used a proprietary CRM that was clunky, had no reporting capabilities, and required programming knowledge to be fully used. When the organization first adopted Salesforce in 2014, it was easy to implement and learn, and the added bonus of Salesforce being cloud-based allowed for quick and easy information sharing.

These seemingly basic upgrades fixed things that their previous donor prospect research software lacked, which often resulted in inaccurate donor information and led to asks where the prospect did not have nearly the level of wealth that the old system indicated they did. An embarrassing — and easily avoidable — situation for both the potential donor and the Gift Officer. In 2018, the National Aquarium took its Salesforce use a step further, hiring a database administrator that improved the team’s reporting, organization, and understanding of the power of the CRM they were using.

Previously, the National Aquarium was reactive — instead of proactive — with its fundraising initiatives. Individual giving officers would find a viable prospect, then request a profile be manually created. This manual process was, predictably, very inefficient. In addition, the ways they screened potential donors were often unsuccessful, which compounded the issue. It wasn’t until the organization started screening its donors using iWave, a Salesforce partner, that the National Aquarium started setting successful parameters around which potential donors would be screened. For example, those who’d previously given a $500+ gift in the previous month.

Eve Longlade, Philanthropy Innovation Director at the National Aquarium, said that learning the new integrations has been relatively easy, and has served as a team building opportunity to learn together. “Actually, learning the systems and using the plugin is very straightforward. We have ongoing Research Roundtables that my colleague Kristin leads, in which she shares new tools, new ways of filtering data, and best practices.”

“The Lead Pool is a new attribute for us that helps us to track donors that may not be a prospect at the moment,” Vitale says. “As folks move out of our portfolios, we are quickly able to add folks in from the Lead Pool. We can run reports on who is in the Lead Pool and sort them in different ways. We are also able to create additional attributes such as Lead Pool or Planned Giving.”

Salesforce and iWave seamlessly integrate, so the researcher does not have to leave the CRM in order to get more insights into their database. With a powerful bi-directional sync, profiles, scores, and analytics are generated in one system and are easily updated into the other with a single click. With the integration, users can:

Get Start at Your Organization

Salesforce is the world’s #1 customer relationship management (CRM) platform. They help your marketing, sales, commerce, service, and IT teams work as one from anywhere — so you can keep your customers happy everywhere.

iWave is the most recommended fundraising intelligence solution among industry professionals. Why? It provides access to a comprehensive suite of reliable wealth, philanthropic, and biographic information on prospective donors, so you can be confident you’re asking the right person for the right amount at the right time.

Interested in duplicating this integration in your organization? Schedule a demo of iWave and Salesforce, and check out the upcoming iWave webinars for more information.

Read more about how to integrate your organization’s systems. 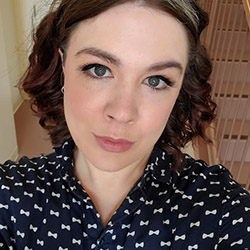 Bre Alexander is a content marketing manager at iWave. She has a diploma in Marketing and Advertising Management and has found her passion for empowering nonprofit organizations through her work. A self-proclaimed geek, Bre has used her unique skill set and experience to create engaging content and help implement new processes. Bre is outgoing, creative, and determined to continuously learn and grow.