Higher Ed Fundraising: Thinking Outside the “Thank You”

Now that fundraising is second biggest priority for presidents of higher ed institutions, campaign stewardship (reporting back to donors on the impact of their gifts) is more important than ever for today’s advancement and development offices. 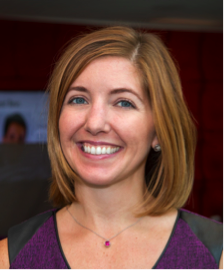 For Carrie Casper, Senior Director of Campaign and Donor Engagement at the Illinois Institute of Technology (IIT), campaign stewardship is a living, breathing, and ever-changing effort that goes far beyond a simple “thank you.”

On Thursday, April 5th, 2018, Casper will be a featured speaker for a Salesforce.org webinar, presenting a series of examples of how stewardship was put into place and used to motivate donors during IIT’s six-year campaign. Here is a preview of what to expect in that webinar from a recent Q&A:

Q: When thinking about fundraising, it’s easy to just consider the gift itself. What is important for everyone to understand about campaign stewardship?
A: Campaign stewardship is about ensuring that we are adhering to a donor’s intent for their gift, finding creative ways to demonstrate that the use lines up with donor expectations and then communicating the impact of that gift. It’s also really important to think about the cycle of giving. Giving starts with building a relationship with the donor; when that donation is made, we’re always thinking of how we can help to further cultivate and support that relationship. One of the best ways to do that is to show donors the impact that they’ve made in the life of the student or university or patient, etc. Again, because it’s a cycle. If you’ve done your job, the donor is happy and will stay connected with the institution and likely make another gift.

Q: Your last campaign took place over the course of six years. How did you develop your initial strategy?
A: Going into the last campaign, we had a lot of work to do because there was no formal stewardship plan in place from previous campaigns. We essentially had to start from scratch. First, we found ways to make sure that the “thank you” was communicated broadly – through written communications and events – and that we could demonstrate impact. Second, we established processes to implement the work and make it seamless between multiple team members and staff. In order to keep our stewardship plan manageable and sustainable, we needed to scale activities. We also needed documentation, policies and procedures. We took a lot of time in the beginning to document everything and consolidate it on an internal website. This included how-to guides, resources, toolkits, etc., so that other staff could implement stewardship initiatives on their own.

Q: What did your initial campaign outreach look like?
A: In terms of outreach, we organized a portfolio of donors by gift level and then developed tiered communications for each level. This enabled us to take a custom, more personalized approach for the higher level donors, and then work our way down the pyramid.

Q: How did plans change or shift throughout that six-year period?
A: As far as adapting to changes, we had a major leadership change in the latter part of the campaign. IIT’s President was planning to retire while the campaign was still in-progress. This required us to be proactive and find ways to use this change to drive new energy into the campaign. We developed a farewell tour for the President and used his departure as a way to say thank you to current donors as well as a way to connect with new, prospective donors.

There were other changes that we had to adapt to as well. For example, there were donors that had different priorities than our initial campaign goals. One donor felt passionately about a new building on campus that wasn’t a campaign priority at that time. However, by thinking creatively, a shift in priorities actually allowed us new opportunities to engage and motivate donors, while also providing new donor recognition and stewardship activities.

Overall, stewardship professions have to be nimble and adapt to changing circumstances. It can be tricky, but it forces you to be innovative and think of new ideas.

Q: Sounds like there was quite a few changes to adapt to. What about the message? Were there major tenants that you wanted to maintain regardless of change?
A: Absolutely. There has to be some consistency in the messaging. We knew that we had to stick to our primary messages and our focus on showing impact as a way to thank and inspire our donors.

We also created a campaign video that succinctly represented the story of IIT with the hope to inspire donors about making an impact of their own. Efforts like that enabled us to get the word out and re-engage the donors.

In the future, we’ll continue to build on the work we are already doing. We regularly sit down as a team to brainstorm new ideas and fresh ways to show impact. Sometimes ideas are shelved so we can reference them at a later date, but that’s the best part. Stewardship is ever changing. It’s a living and breathing program.

Want to hear more? Join Carrie Casper and Salesforce.org on Thursday, April 5th at 2pm ET, 11am PT to learn how stewardship was put into place and used to motivate donors during IIT’s six-year, $250 million campaign.