In 1990, Colorado Governor Roy Romer created the Great Outdoors Colorado Citizens Committee with the help of Ken Salazar, then-executive director of the Colorado Department of Natural Resources. The committee consisted of conservation, business and political leaders from across Colorado, and was charged with answering the question: What should we do to sustain and enhance our outdoor resources—parks, trails, wildlife, and open space—for the future? After an extensive public process, the committee issued recommendations that included establishing a trust fund to invest in the future of Colorado’s outdoors.

As a result of the committee’s work, citizens placed an initiative on the 1992 ballot: a constitutional amendment to create the Great Outdoors Colorado Trust Fund. The initiative was approved with 58% of the state’s voters in favor.

Salazar, notably, later became a U.S. Senator and U.S. Secretary of the Interior. While at Interior, he established the America’s Great Outdoors Initiative to conservation and recreation ethic to reconnect Americans, especially young people, with the natural world.

Today, GOCO still helps to preserve and enhance the state’s parks, trails, wildlife, rivers and open spaces. An independent board awards competitive grants to local governments and land trusts, and makes investments through Colorado Parks and Wildlife. GOCO has committed more than $1 billion in Colorado Lottery proceeds to more than 4,900 projects in all 64 counties without tax support. 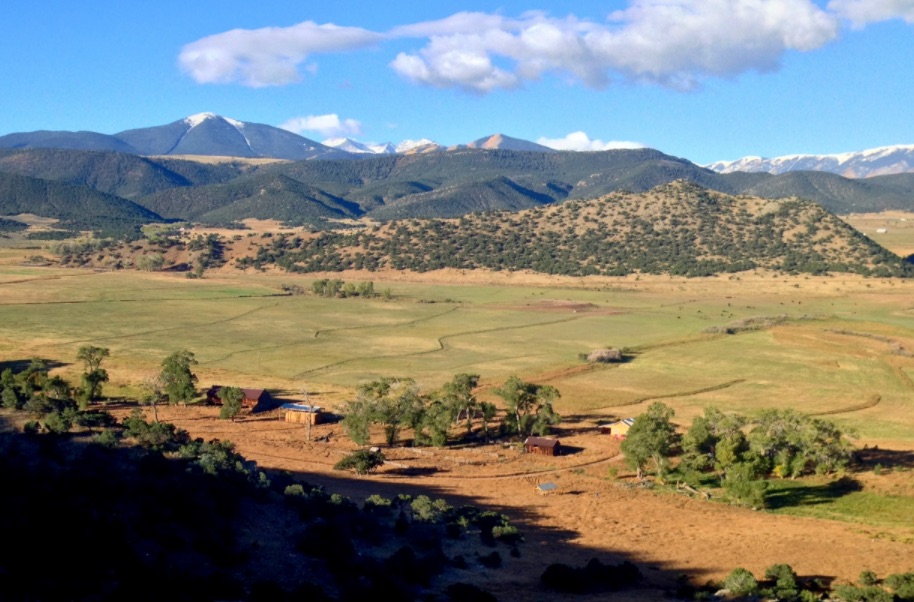 Grant applications were previously only accepted on paper, totaling up to 100,000 pieces of paper each year. As a result, the team was almost buried under stacks of paper on grant deadline days and each of the paper grant applications then had to be manually entered into the database.

GOCO’s Board recognized that business processes like these were time-consuming, prone to error and prevented staff and the organization from doing what they do best: preserve and enhance Colorado’s parks and wildlife. To streamline the entire grantmaking lifecycle and to save valuable time and money, GOCO’s Board placed a priority on becoming a paperless foundation.

GOCO was seeking a variety of functions that would support the foundation’s day-to-day operations, including a CRM for their Communications team, better data tracking for Program staff and online grant applications. But most of all, it was on a mission to become a paperless foundation, and ultimately work more efficiently. With the power of the Salesforce platform and roundCorner’s grantmaking solution foundationConnect, that goal appeared within reach.

foundationConnect’s Grantee Portal enabled GOCO to accept online grant applications, saving the foundation 600 hours and up to $18,000 each year. At the same time, the team is enabled to identify potentially ineligible applicants before they get too far down the road.

Approval processes that were previously managed on paper that migrated around the office for sign-off are now turned into email-based approvals that reside solely and entirely in the Salesforce cloud. Grant contracts are now executed more easily with integrated apps for automatic agreement creation and DocuSign, preventing staff from having to mail or email paper copies to staff, grantees or other external recipients. This frees up staff time, allowing them to focus more on the foundation’s mission instead of dealing with the minutiae of getting a piece of paper signed.

Salesforce and foundationConnect have not only streamlined GOCO’s business processes, GOCO’s environmentally-minded grant applicants love the ease of using foundationConnect to submit their grant applications online with less effort, less time and no paper. Salesforce Admin at GOCO, Dale Craker says, “foundationConnect is the indispensable bridge between where foundations are now and where they need to be: it is a fully integrated system that houses most, if not all, of their essential functions.”

foundationConnect is a grants management application for foundations. Built on Salesforce and delivered by roundCorner, it offers a grantee portal, reviewer portal, payment management, grantee report management, benchmarking and outcomes, a budget module, custom reporting and more. foundationConnect enables foundations to focus more on their mission and less on administration, so they can transform philanthropic giving and achieve a greater impact in the world. To learn more, visit www.roundcorner.com/foundationconnect.