Giving Back and Paying it Forward

Last month, a group of Exact Target Marketing Cloud employees in Halifax, Nova Scotia gave their time to a great cause, the IWK Children’s Hospital’s annual telethon. Doing what Salesforce.org does best, connecting customers and community, the employee volunteer team set up a social media command center to drive funds and promote the telethon on a variety of social networks. Led by Robert MacCormick, Senior Customer Success Manager at Salesforce.com, this is the second year the Halifax team has provided support. Driven by a desire to give back, the cause is a personal one for Robert. In March 2010, his son Liam was stung by a box jelly fish on a family holiday in Jamaica. Upon returning home, Liam was admitted to IWK where he was diagnosed with Complex Regional Pain Syndrome (CRPS). His treatment involved a month long stay and numerous surgical procedures.

The support Robert and his family received from his work family was incredible. Liam was making a strong recovery, one that was to be profiled by the telethon, but unfortunately he suffered a major relapse. During a work call with a fellow colleague Robert explained the situation. Unbeknownst to him Liam’s plight made its way to Marc Benioff, Chairman and CEO of Salesforce.com. A week later, Robert received an email from Marc and was invited to the UCSF Benioff Children’s Hospital to receive a second opinion for Liam. Both hospitals worked in conjunction to provide the best care possible and Marc continued to keep track of Liam’s progress. 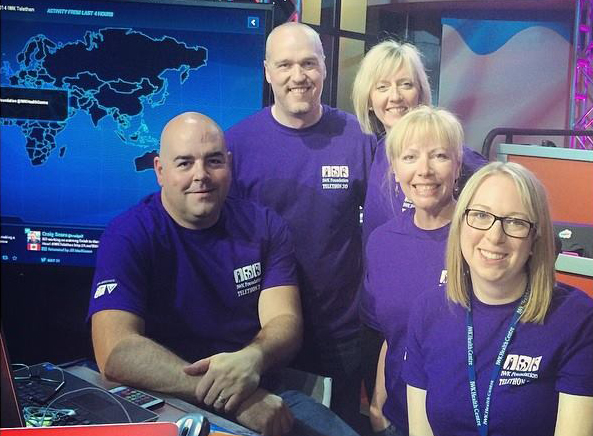 Being on the receiving end of such generosity and concern, Robert was impassioned to keep up the momentum of giving back. Through the Salesforce.org 1–1-1 model he is able to do just that. “The Foundation is something I deeply believe in. It feels great to give back, it’s how I was brought up. Give back and pay it forward. I give personal thanks to Marc for his vision and leadership. The Foundation is something I treasure.”