Four Meaningful Things You Can Do on Earth Day 2019 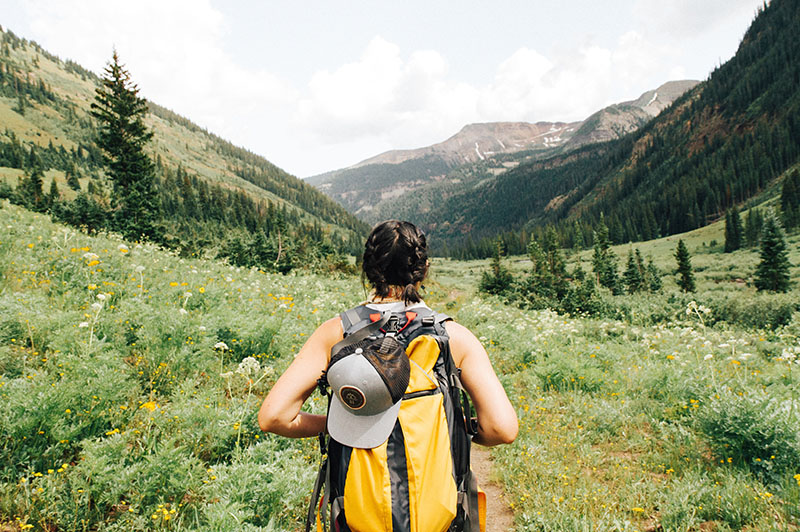 This April 22 marks our country’s 49th Earth Day. We’ve come a long way since 1970, when one out of every 10 Americans first came together to march and to demand protections for this one place that we all call home. The number of those who marched on that first Earth Day was impressive—with so many Americans standing up for clean air and clean water that every single American deserves. Nearly 50 years later, we are at a similar juncture where we need to take swift and immediate action to stop climate change, as well as continue to protect our air and water.

I don’t have to be the one to tell you that our future is in trouble. You have most likely seen or experienced more extreme weather events that are becoming more frequent—the wildfires that engulfed California last fall, the persistent drought conditions in parts of the West, and intense flooding in the Midwest in March, just to name a few. You may have noticed worldwide news, too, like the record-shattering heat in Australia, a powerful cyclone that recently hit Mozambique and nearby countries in southeastern Africa, or the high-tide flooding event that was way above the norm past October in Venice, Italy. What’s more, our air and water quality are constantly under threat from sources like industry, transportation, and lack of regulation. And those who are suffering the most, including communities of color, low-income communities, and the Global South, are those who have the least amount of resources to deal with the effects.

I know—it’s easy to feel overwhelmed. But this particular Earth Day provides us with a good reminder that we need the same level of action and energy that we saw on that very first Earth Day—for the country and the world.

If you’re wondering about what meaningful action looks like, here are four ways to get engaged and do your part on this Earth Day.

If you’re new to Earth Day and starting fresh, there are many things you can do at an individual level that could slash your carbon and environmental footprint. Things like composting, reducing your own plastic use, doing an energy audit of your home with the goal of making things more efficient—they matter. Not only do they raise your own awareness of your consumption habits, they bring forth other changes that you may not realize, especially if more and more people take their own actions, too. There’s no shortage of things to choose from: Your action can be as easy as swapping out your lightbulbs for energy-efficient ones, or committing to commuting by bike or public transit a couple of days out of the week, or if you’re feeling really motivated, looking into electric vehicles for your next car purchase. The important thing is to find a place to start that’s right for you.

If you are as concerned and alarmed about these issues, you are not alone—in fact, you’re in good company. There are many people across the country who are waking up to the urgency we need on climate and environmental action: In the latest Global Warming’s Six Americas survey from the Yale Program on Climate Change Communication, the number of people who are alarmed or concerned about climate change has nearly doubled from 2013 to 2018, and now comprise six in ten Americans. This might have something to do with the fact that anywhere you look, climate change is affecting all of us personally.

There’s no doubt that this is a hugely emotional topic. There’s a lot at stake: our futures, our children’s futures, and the future of the world. We have a lot to accomplish collectively as people who owe this to each other, which means we have to start talking, sharing, and exchanging our ideas on how to solve the biggest challenge of our time. Talking about it not only connects us and bands us together, it gives us a shared language from where we can start building—a basecamp for the unity and action we want to achieve. So, strike up a conversation on climate change with your friends or anyone you know; chances are, they are feeling the same concerns and desire for change as you are.

3. Find ways to speak up and have your voice be heard

If you feel really energized about the problems facing your communities and the world, speak up. It is your right as a citizen to exercise your power to do so, and this can come in so many forms. You can write to your representative and tell them how clean water, clean air, and a livable future matter to you and your family. You can attend town halls and hearings to voice your opinion about any issue that is local to you. Chances are, there are problems that need solving directly, right in your own communities.

Why should you speak up? Historically, the change that has been worth fighting for—and we had been able to bring forth in this country—happened precisely because individuals stood up and raised their voices. There are many examples of this; in the U.S., they include the Clean Air Act, the Clean Water Act, and the Safe Drinking Water Act. These laws that set precedents and the high standards of living in the U.S. were created as a direct result of that first Earth Day. It is exactly this type of individual action that all adds up to something bigger, and becomes the collective force changing the future of the country and the world. This is what Earth Day makes possible.

There is immense opportunity right now, for every single person, to find the courage to speak up. We’ve seen this in the last couple of years with the first Women’s March in January 2017, the Science March that same spring, and most recently, the children who have been skipping school to march every Friday to demand climate action from leaders. These types of bravery and action are exactly what we need right now to move the needle on these critical issues facing America and the whole world. 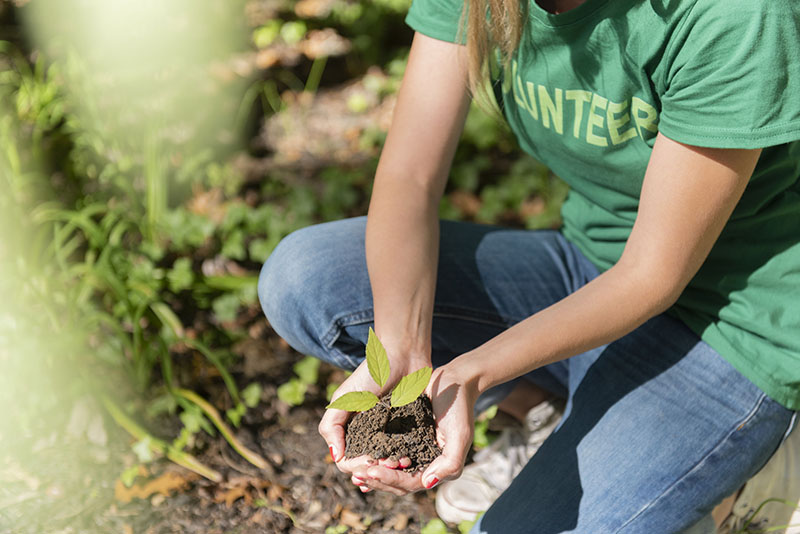 Earth Day provides a great opportunity to get involved—especially in places like your own community garden or neighborhood park.

4. Roll up your sleeves this Earth Day

All of that brings us to today, April 22, when there are many activities near you to get your hands on—whether it is learning about composting in a community garden, using work-sponsored time to volunteer at an Earth Day event like planting trees, showing an environmental film at your workplace, or hosting a “sorting contest” to help raise awareness of what goes in recycling, compost, or trash. The best part: these are events you can find right in your communities, and there’s no better way to connect with other like-minded people in local groups who care about these issues. So whatever your interests are—clean water, clean air, clean energy, or all of the above—find an activity that speaks to you, and bring a friend to make it more fun.

About the Author
Rhea Suh is the president of NRDC. Under her leadership, NRDC has helped steer high-level discussions that led to the historic global climate agreement in Paris; joined the citizens of Flint, Michigan, to ensure an end to the city’s toxic drinking water crisis; and stood united with a sea of social justice advocates as a presenting partner at the Women’s March on Washington, D.C. Before joining NRDC, Suh served as the assistant secretary for policy, management, and budget at the U.S. Department of the Interior.