The last two years have seen higher education institutions around the world pivot to virtual or hybrid forms of learning due to the pandemic. This shift has profoundly affected not only students but also faculty and staff working at universities and colleges. Enrollment dropped in many regions, leading to slashed budgets, revised business models, and layoffs. Institutions have purchased new technology tools to support virtual and remote work, all of which staff and faculty have had to learn how to use.

In a survey conducted by Salesforce.org and the Chronicle of Higher Education for the second edition of our Connected Student Report, we dove into some of these institution-level operational issues with staff members at institutions in the U.S., Europe, and Australia. Their responses revealed some regional differences in the ways that universities and colleges are rethinking their approaches to technology tools, training, and student engagement. Here are five areas of particular interest:

1. Virtual and Hybrid Learning Options for Both Staff and Students

Institutions in the U.S. are significantly increasing virtual and hybrid learning options for students, with Australia not far behind, and are also doing more staff onboarding for virtual learning. Meanwhile, staff in the Netherlands said their institutions are actually creating fewer virtual learning and staff onboarding opportunities. The differences are interesting, given that roughly six in 10 respondents from all three nations said they had a platform in place that allowed them to quickly pivot during the pandemic. Schools in the U.K. were the least likely to have such a platform in place, at just 50%. Respondents from the Netherlands also said they anticipated their institutions making fewer investments in faculty and staff learning and engagement opportunities than those in other regions.

Institutions realized it was difficult for staff to adapt to virtual or hybrid learning without increased support and training. Across all regions we surveyed, six in 10 staff surveyed said their institutions are reevaluating their faculty and staff support and service models and investing in reskilling and upskilling to help them adjust to performing their roles virtually. Unsurprisingly, given their focus on virtual learning, the U.S. and Australia led on the first point, while staff in the Netherlands were the least likely to reevaluate their support and service models. Australia also led on reskilling and upskilling initiatives, while France lagged behind.

Moving from in-person to virtual learning and working meant that many institutions needed to quickly purchase new technology solutions. In some cases, this has led to more or different people and departments getting involved in decision-making around technology purchases. France, in particular, saw an above-average increase in the frequency of involvement with these decisions by their Chief Financial, Information, and Innovation Officers and Provost, while in the Netherlands the opposite was true.

In terms of which technologies universities and colleges plan to invest in going forward, institutions in Australia were by far the most likely to envision themselves investing in CRM software (43%) and AI automation (39%), while those in France had little interest in CRM software (20%). Schools in the U.S. are very interested in research technology (62%) as well as chatbots and other self-service tools for students (40%). Those in the Netherlands were the least interested in chatbots (22%) or in pursuing AI automation (13%).

Australian institutions were most likely to implement new business models as a result of the pandemic, at 58%, while the Netherlands was the least likely at 35%. In particular, respondents in Australia are most frequently implementing part-time learning options for students, by a significant margin (64% versus an average of 48%). Staffing changes are also in progress to support shifts in business focus and learning models, with institutions in France most likely to hire new innovation and technology-focused staff, including heads of digital experience (36%), chief innovation officers (34%), and instructional designers (33%), while schools in the U.K. are least likely to hire for the aforementioned roles or for a chief marketing officer.

5. Negative Impacts on Revenues and Enrollment

Undoubtedly, the pandemic has had its share of negative impacts on all sectors, and higher education is no exception. Like everything else, those impacts differed by region. For example, staff at U.S. institutions were by far the most likely to say that decreased enrollment has impacted them over the past year, at 36%, a full 7% higher than the next most likely, Australia, where the biggest impact felt was the loss of international students — 43% of respondents said it was a challenge their institution had faced.

Colleges and universities in the U.S. also felt the biggest impact from budget cuts (45%) while France experienced the least (20%), but French institutions did feel a greater impact from decreased funds raised via fundraising campaigns (27%). France was also the region least negatively affected by the shift to virtual learning. Meanwhile, institutions in Spain took the biggest hit from in-person events being canceled (48%) while those in the Netherlands suffered the least (31%) from the same issue.

Looking for more insights into how higher education staff and faculty around the world are dealing with the pandemic and creating their new normal?

Download the complete second edition of the Connected Student Report and read the full Chronicle of Higher Education report on how tech solutions are elevating the employee experience. 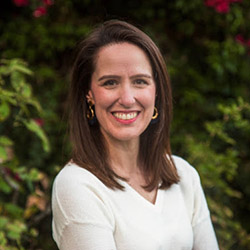 Jean Pembleton is Director of Education Industry and Solution Marketing at Salesforce. She has experience across strategic product partnerships, sales leadership, strategic marketing, nonprofit fundraising, and scalable operations. Prior to her work at Salesforce, she worked in Advancement at Stanford University, the Chicago Symphony Orchestra, and the University of Chicago.