The balestra is my favourite move in fencing. It is used when one fencer realizes that the bout has fallen into too much of a pattern so they do this odd, quick, little half jump half hop – the balestra- to break up the pattern that has formed. As with most fencing techniques, it is 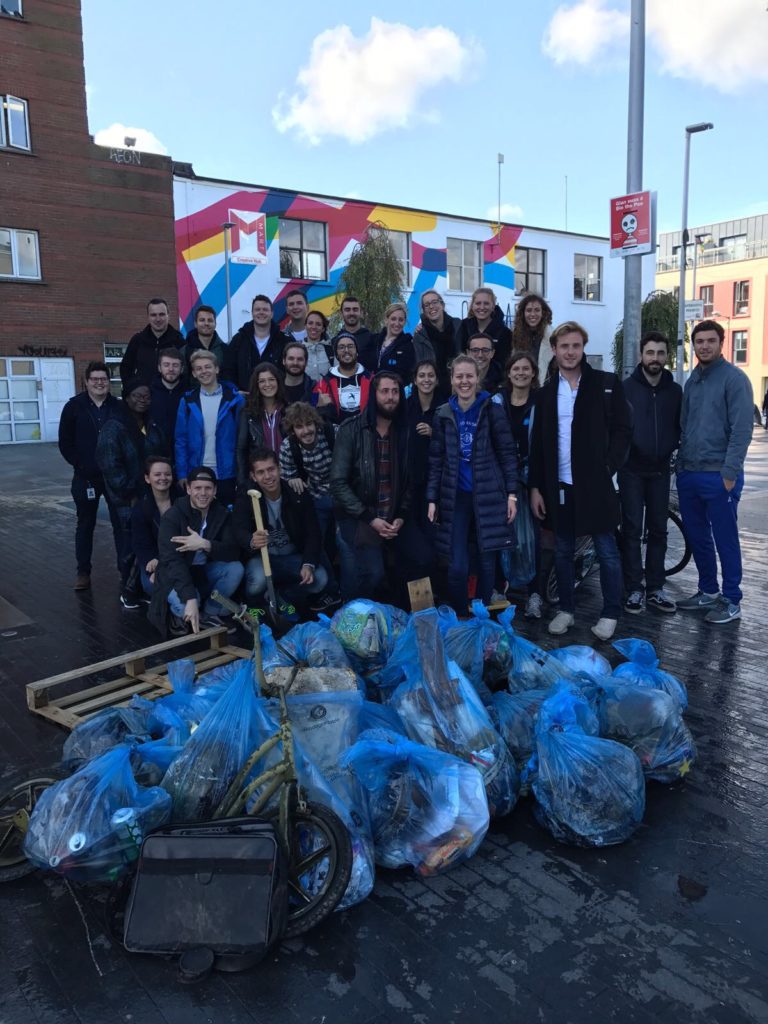 not designed to attack but rather to create an opportunity. A couple of weeks ago the Dublin Success Graduate Program team went to the canal to pick up litter for the afternoon using some of our Volunteering Time Off – we get 56 hours per year! Having previously had our volunteering event cancelled on the Tuesday, it was now rescheduled to the Thursday and the weather was patchy but holding up. We were given fluorescent jackets to give us a degree of Rubbish Authority, bags for rubbish, and those litter claw things which immediately turns even the most seasoned business school alumni into 8 year old kids (apologies for any insult to 8 year old readers). I had personally thought the rescheduling was for the following week and the result was kindly phrased by one of my friends as, “You must be one of the best dressed litter pickers I’ve ever seen.”
Over the course of a few hours we got into the swing of things. We meandered along the canals, some chatting and joking, and some just getting lost in the actions. We had all been working on various administrative tasks and Trailhead modules so taking this break was welcomed by everyone and as my soon to be roommate, Marleena, said,

“It was nice, you know, the teamwork and holding onto other people (to stop them falling in) as they grabbed stuff.” 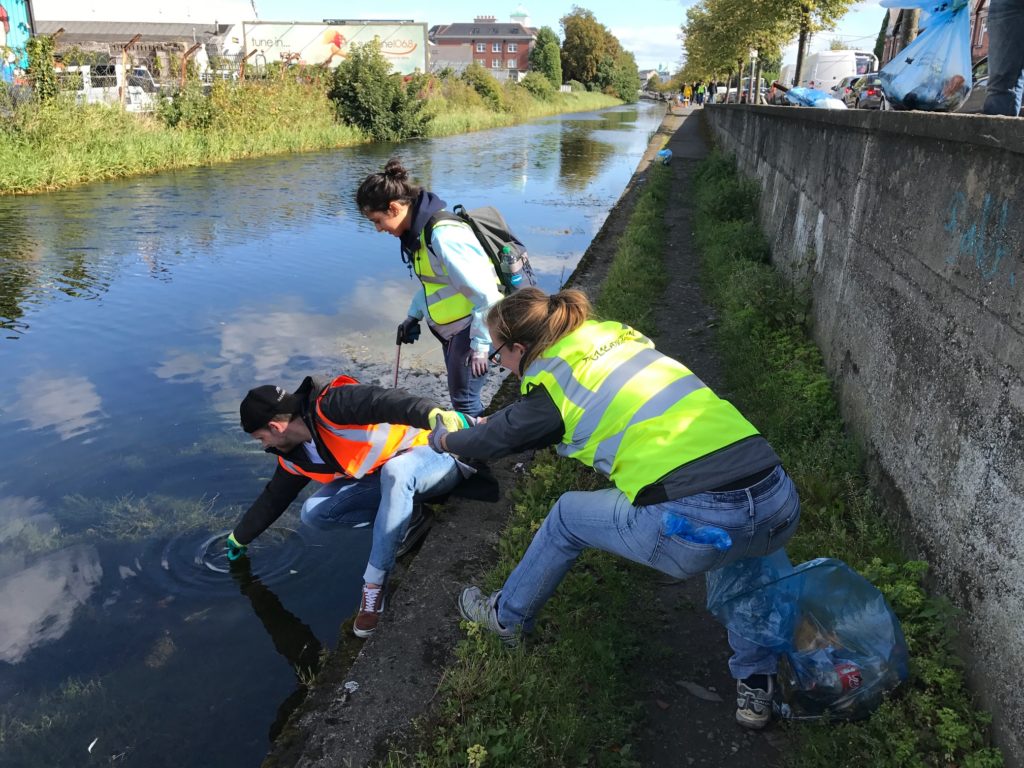 I by no means wish to diminish the deontological arguments for volunteering in general, nor the consequential benefit of simply showing – as a man who stopped to talk to me who once a month also picked up litter by the canals said – “that someone cares about the environment” but there is a somewhat more individual gain.

While heaving waterlogged coats, scooters, caps, pacifiers, innumerable cans, and some things which I cannot in good professional conscious mention here, you get to thinking about Stuff™.

I found myself thinking about the history of Dublin and about the people that threw their things into the canals over the centuries; I heard many a light-hearted hypotheses around me about how all the items must be linked by some story of a drunk man with a scooter who fell in and proceeded to strip while floundering. My point is that these things kick-start the imagination. In between collecting those thirty-something bags of rubbish, lying on our stomachs to reach into the waters, holding onto one another to stop people falling in, and having to run back from the sudden Irish downpour, we found something creative and interesting born from natural human curiosity and downright silliness. In the few attempts I’ve made at mindfulness, that seems to also be what it is after; a way to break the cycle and to create an opening in the mind.

We go back to the office now having made closer friends, feeling more refreshed, and though no systematic change has occurred, we have shown we care a bit. This balestra made us think and in turn created an opportunity, “{It} gave us an opportunity to get involved with the environment… it made me realize it was very easy to do it,” as my colleague Sofiane put it.

Want to learn more about Salesforce’s community impact programs? Check out these pages.