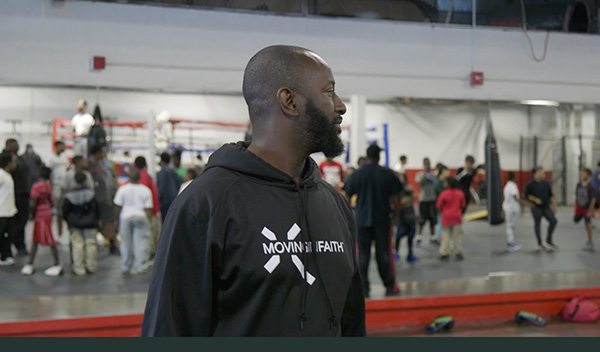 A popular boxing maxim says that it’s not about how hard you can hit, but how hard you can get hit and keep moving forward. In a sport ripe with analogies for life, perhaps none represents Detroit’s Downtown Boxing Gym (DBG) better.

When I first walked into DBG about two years ago, I was both blown away by the long-term success of this free, innovative after-school program, and inspired by the tireless dedication of its founder and CEO, Khali Sweeney. His passion for his mission–and his steadfast adherence to his values–resonated deeply with me.

These are traits that are commonly shared across amazing leaders, and Khali is certainly one of them. He struck me most deeply when he described his uncompromising position on ensuring no child is left behind. It is his devotion to this mission that has resulted in a 100% high school graduation rate among his students–and, almost more impressively–the fact that 98% of those graduates go on to college or professional employment.

That dedication to the students in his program is due in large part to his own life experiences, which he sees mirrored in theirs.

“I still see a lot of the same issues in our community that I encountered growing up. I see so many kids out there doing the same thing I did and treating life the same way I did,” Khali told me on a recent episode of Leading Through Change.

He went through his formative years of education without learning to read or write, and yet he was passed along from grade to grade without getting the help he needed. Teachers cautioned that there were only two outcomes for him if he didn’t figure it out quickly.

“I never learned to read and write in school and was told I was destined for prison or an early grave. A narrative was created for me and I started to believe it and lived my life that way,” he shared. 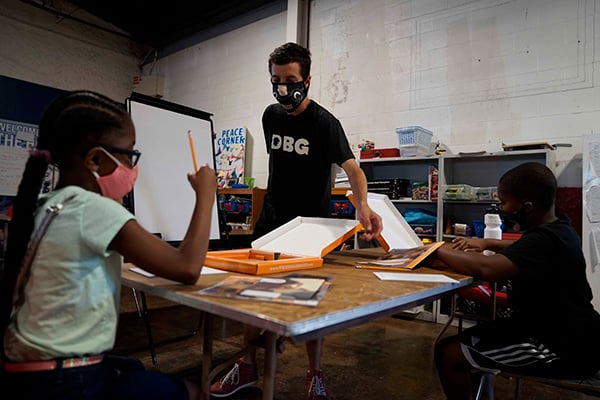 Volunteers and full-time staff are a big reason for DBG’s 100% graduation rate.

It wasn’t until his senior year of high school that he allowed himself to reject this narrative.

But before that monumental moment of realized potential were a series of rock bottoms that culminated in Khali joining a gang. By the time his teenage years hit, his closest friends were either dead or in jail. His teachers’ warnings had come true for everyone around him.

“I ended up in a gang and didn’t care because I didn’t have anything to live or die for,” Khali said. “One day, my brother sat me down and showed me how big the world was beyond my circle. After that, I made it my mission to learn to read, and although I was so embarrassed, I stuck with it. From there I never looked back and it changed my life.”

Not only did Khali change his life, he sought to change the lives of kids just like him. In 2007, he founded Downtown Boxing Gym to provide a safe and formative after-school program for youth across Detroit, Michigan.

What started as a fledgling organization in a ramshackle car wash-turned-gym has blossomed into a beautiful 27,000 square foot building dedicated to impacting the lives of more than 150 (and counting) Detroit youth annually.

That transition over the last 13 years would not have been possible without DBG’s Executive Director, Jessica Hauser, who stumbled upon Khali and his life-changing organization when both were on the ropes. Khali was homeless, having given every last dollar he had to try to keep DBG going, and running the program was no longer feasible.

“Khali told me that he was going to have to close because he couldn’t afford to keep it going, and I told him that we couldn’t let that happen. I’m still surprised that he trusted [me], a random person off the street.”

The two together form a dream team. Or a perfect one-two punch if we’re sticking with the boxing analogies. The vision is straightforward: “We train kids for life.” The message is profound: “I don’t see bad kids–just kids who haven’t been heard yet,” Khali says. 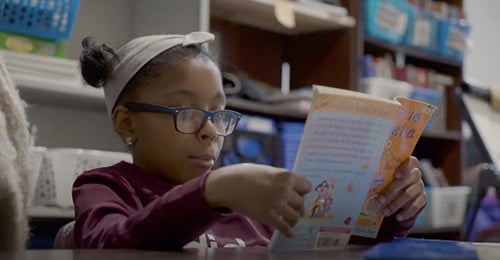 At DBG, the motto is books before boxing.

With the program’s proud 100% high school graduation rate since 2007, that message has obviously been well-received by the hundreds of kids who’ve come through the gym.

Thirteen years after Khali first opened DBG’s doors, the program has become a model for mentorship, success, and growth. With its expansive new building, fleet of seven vans to shuttle kids to and from the facility, and full-time staff of tutors, mentors, and coaches, it would be reasonable for Khali and Jessica to turn their attention to admitting more of the organization’s 1,300-person waitlist.

That will happen, they say, in time and with thoughtful and careful planning.

“We want to scale, but we need to do it the right way,” Khali said. “We don’t want any kids getting lost in the shuffle. I want to reach every kid and I don’t want any kid to miss that opportunity just because we’re trying to grow.”

“We have to be expansive. It’s not just about the kids–it’s about their families and their communities. For every job opening, we send it to the families of our students first before posting it publicly. About eight of our parents right now are employees. We also have paid internships for our high school students so they can start making money and getting experience.”

Jessica’s biggest takeaway from her 10 years at Downtown Boxing Gym? “As adults, we’re failing children all over this country and it’s on us to step up and step in and make it right. This program has really opened my eyes to that.”

Learn more about the Downtown Boxing Gym’s life-changing work in their feature on a recent episode of Leading Through Change. 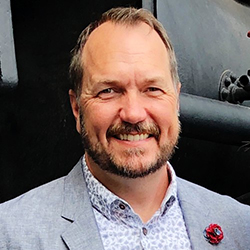 Sam Allen leads the global Marketing, Sales Strategy, Global Impact Engagement, Distribution Readiness, Program Management and Strategy teams. Sam drives the overall business of Salesforce.org and creates strategies for future growth. Sam also sits on the board of Habitat for Humanity and is a Veteran of the US Marine Corps.