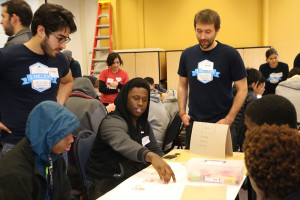 The goal of the workshop was to offer high school students a chance to learn about coding and the elements of game design in an engaging and fun way. The first part of the day focused on video game idea development, and started with the students being broken up into groups of six students and two volunteers. Students brainstormed as a team, coming up with a concept for a video game and each member focused on a specific role, coming together at the end to pitch the idea. The roles varied; the marketing manager was responsible for coming up with a plan for how the team was going to reach their customers, while the team artist was responsible for coming up with a mock draft of the game. The students shared drawings, construction paper cut outs and all sorts of creativity with the volunteers. After just an hour the teams pitched their ideas and volunteers were able to give positive feedback. 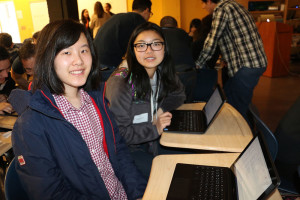 The second part of the day focused on coding. An HTML coding course was led by Bryan from Mission Bit, an organization that strives to eliminate the tech divide for youth living in urban poverty and rural areas across the San Francisco Bay Area by building computer programming and professional opportunity pathways for public school students. For many students this was their first time learning about coding. The crowd was incredibly diverse with a range of languages spoken. Volunteers were able to utilize their bilingual skills to connect with Latino students in their first language, making students feel comfortable and guiding them through the demonstration. 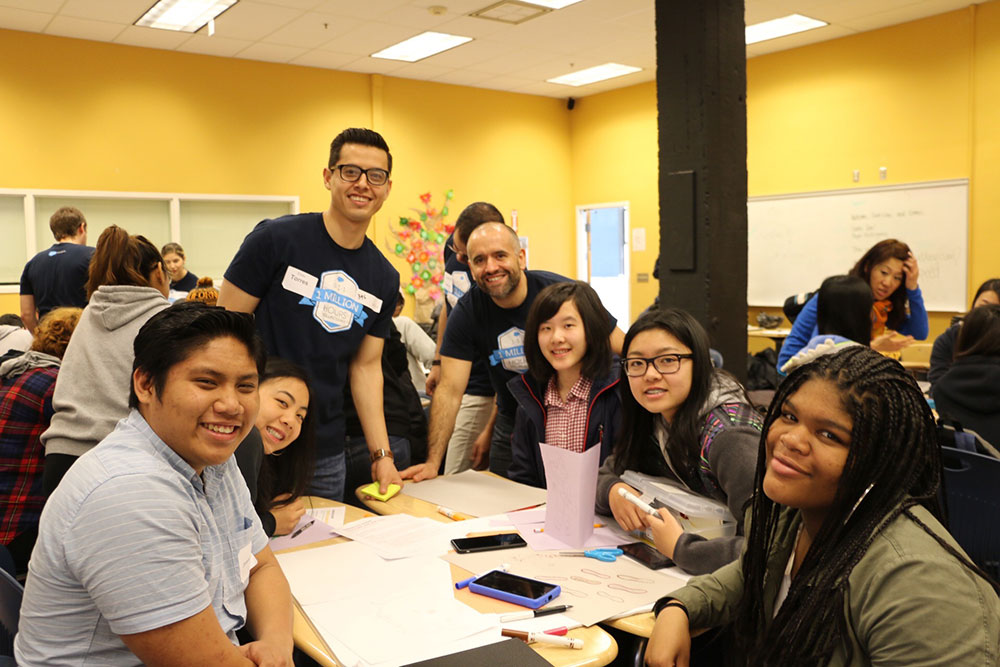 Each student worked to customize a simple maze game with a ball that rolled down a path. They started out by changing a bit of code to modify the size, color and speed of the ball. Where Bryan was really able to make an impact was when he downloaded an image of a Pokeball and replaced the simple ball with the new image. The room erupted with cheers and laughter- success!

The day wrapped up with students hanging out with volunteers from Zynga, Salesforce and SFUSD. The event was a great chance to exchange stories and of course brag about how our team’s game was the best! 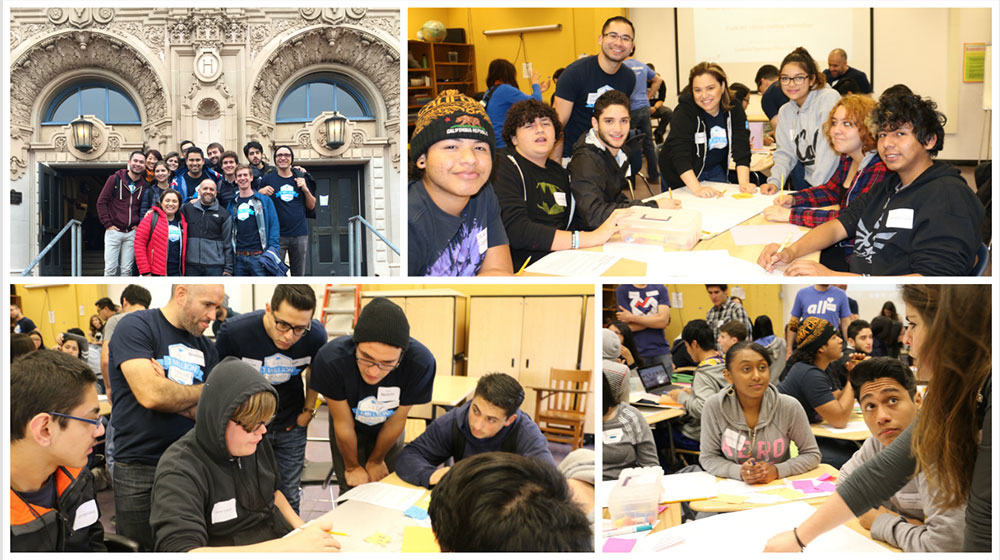