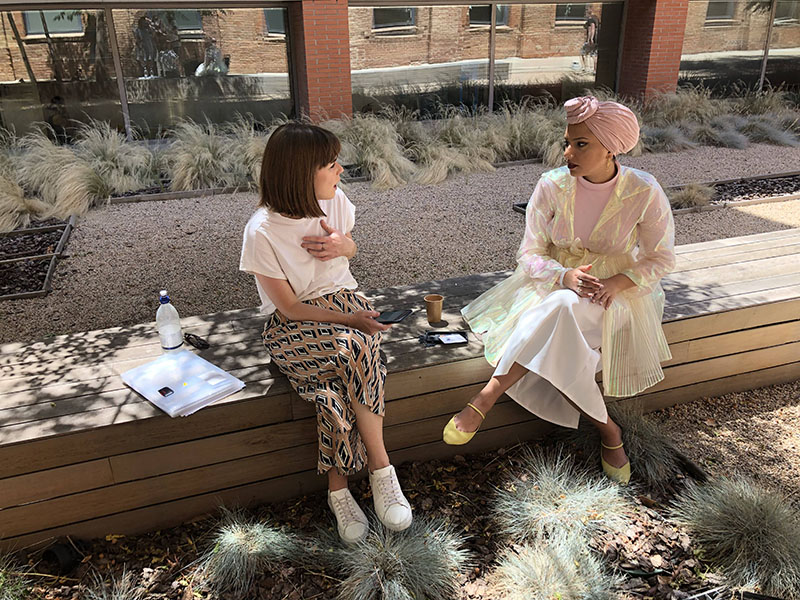 Haifa Beseisso is no ordinary travel blogger…but she’s really not ordinary in anything she does. The 27 year old travel blogger and changemaker has broken stereotypes and defied expectations, all while fearlessly embracing her identity. This was not an easy journey for Haifa, however. When she was first beginning her career, she was told that speaking the Palestinian dialect of Arabic was not a possibility if she wanted to make it big. Nevertheless, she persisted. 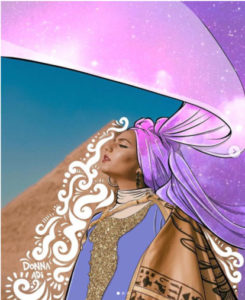 Haifa is a creative influencer. Photo from her Instagram channel.

Today, with over 700,000 subscribers on her YouTube channel, Fly with Haifa, Haifa has not only crossed physical boundaries, but has challenged many of the cultural boundaries and stereotypes that exist globally. Haifa has attracted international attention for the difficult conversations she starts in order to highlight the similarities between people, rather than the often-emphasized differences. Of course, her many global adventures don’t hurt in attracting her now-international following!

Haifa’s global impact has attracted projects with the Nobel Peace Prize Concert, Youtube’s #CreatorsForChange Campaign and the United Nations High Commissioner for Refugees (UNHCR). Through these, she’s continuously committed to her mission in being a voice for human connection across all backgrounds.

Haifa’s global pursuit for human connection recently brought her to the Universitat Oberta de Catalunya (UOC). At UOC she again implemented her international perspective locally meeting with both students across ages, races, and borders and administrators trying to change the education game. Through them, she gained an understanding how the University is empowering marginalized populations with access to quality education.