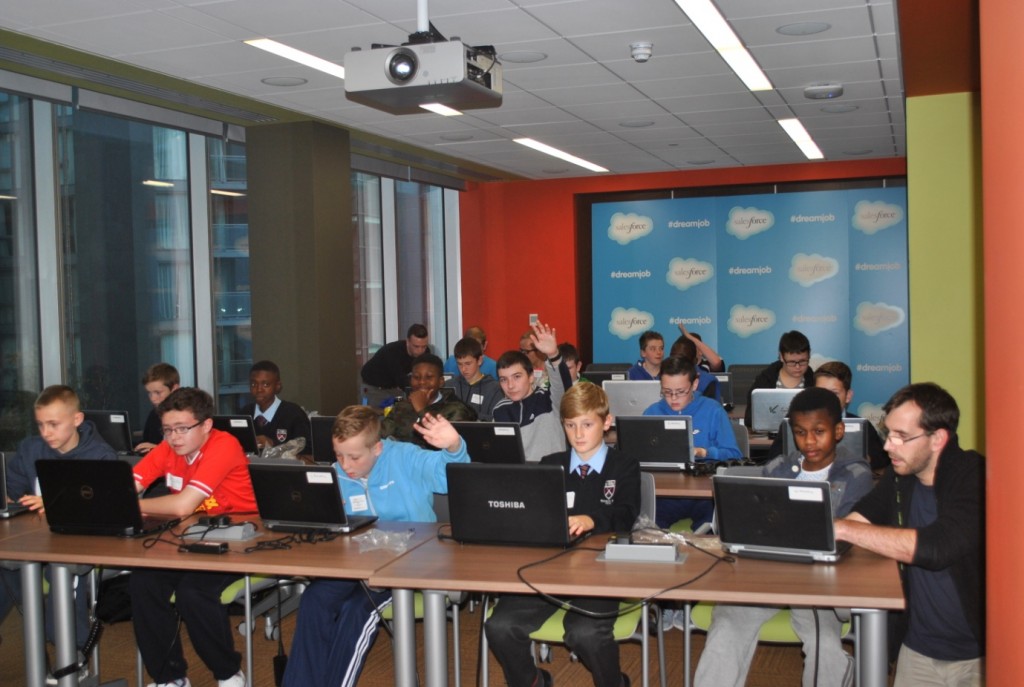 I first came across CoderDojo at the Dublin Web Summit in October 2013 where I met Eugene O’Donough the COO. There, I offered to help him deploy Salesforce CRM to help CoderDojo scale their program from 200 that were taking place at the time.

CoderDojo is a global network of independent volunteer-led community based programming clubs for young people. These young people, between 7 and 17, learn how to code, develop websites, apps, programs, games and explore technology. 500 Dojos are held each week across 50 countries, accommodating 27,000 children.

In November of that year, I attended Dreamforce and was inspired by our CEO Marc Benioff who said his life was three phases: the first third was education, the second third building Salesforce and the final third giving back.

I decided then and there to become a Dojo Champion for our Dublin office.

What is a Dojo Champion?

A Champion is a volunteer who takes charge of setting up, running and maintaining a Dojo. They don’t have to have the ability to program, but should possess the skills required to bring together mentors and supporters and to arrange a space to run the Dojo.

Why I got involved:

I have two daughters Brianna and Roisin who were ten and six in 2013 and I wanted to show them the potential of a technology career – something a six year old would not think about. This is not really an option at school; however, with CoderDojo and its free coding classes, which now include Elsa from Frozen as an extra incentive, there lies a great opportunity to start teaching children at a young age to code.

Even if they don’t become programmers, their problem solving skills will become useful in all facets of life.

How did I get started?

I didn’t know where to start on this journey except from the overview I read on the CoderDojo website – there is no manual or Q+A, and I had so many questions.

I dithered for some time on these questions, and then decided our new Central Park Dublin office was the best location as we have a 30 person training room, perfect for the classes. 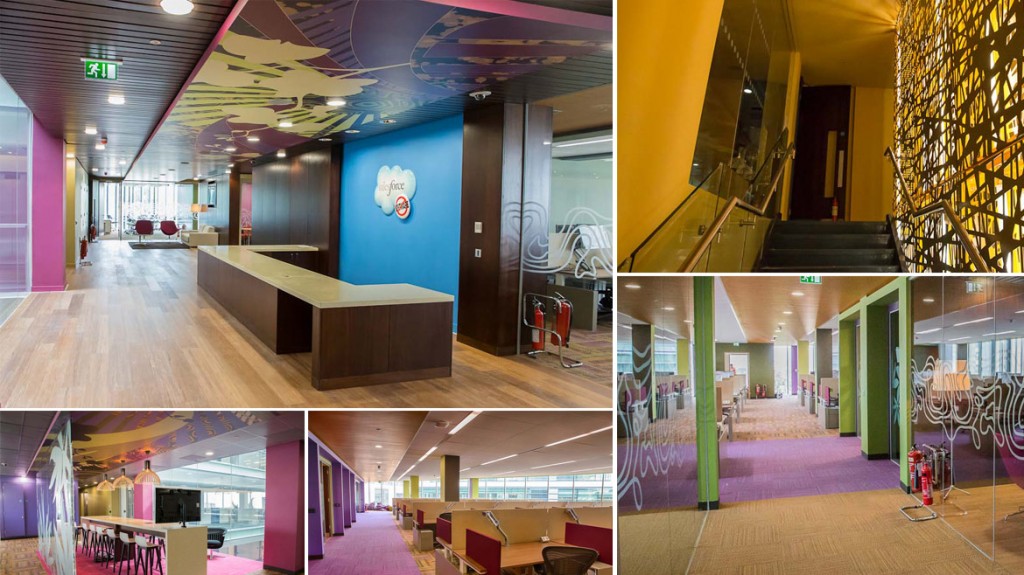 As a technology company we have plenty of coders and so we quickly recruited 10 mentors who had HTML, CSS and Scratch experience. A mentor is a technically skilled individual who guides Dojo attendees and facilitates their learning.

Phase one of our project would start with our own children as their parent/parents are onsite. Parents were keen to get their kids coding – we had 12 girls and 11 boys aged 6- 14 years registered to attend so we set a date and a rota for mentors and away we went on February 27th, 2014.

On October 7th we launched our first external Dojo and invited 18 teenagers from Citywise, a long standing Foundation supported charity based in Tallaght, Dublin to learn HTML at our office every two weeks.

Working as a Dojo Champion has many rewards, but the smiling faces of the children as they learn life changing skills is thanks enough on its own. It is very humbling giving back to society, and teaching the next generation to code will help them develop problem solving skills for a lifetime so take that first step for them and setup a dojo.

A big thank you to all the mentors in Salesforce who are supporting the programme:

As well as running Dojos in our Salesforce Dublin office, we were keen to help support CoderDojo in a wider sense. Stephen Hurst and some of our Sales Support Engineers worked on a Frequently Asked Question (FAQ) section for the new CoderDojo website to help ‘would be’ Champions get started. Sales Engineer, Sean Finucane developed a HTML repository where young coders could save and access the HTML they’ve written, and Niall Murphy and Killian Walsh helped the CoderDojo team deploy Salesforce for donations via our Foundation product programme. 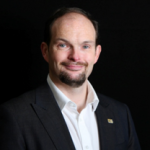 Cyril Treacy is the Sr. Director of Sales Engineering at Salesforce Dublin. During his 14 years at Salesforce, Cyril has continuously supported the work of the Foundation and his efforts in bringing the Salesforce Dojos has impacted not only the young people who are gaining new skills but also the Salesforce mentors who transfer their skills onto the next generation of coders.