The Center for Policing Equity is Fighting Bias By Measuring It

The Center for Policing Equity (CPE) is taking a radical approach to eradicating bias in police departments across the United States– by measuring it.

CPE’s team of self-proclaimed Justice Nerds are leading this movement. The Justice Nerds, made up of research scientists, data analysts, and race and equity experts, together have an essential blend of skills required to inform meaningful police reforms.

The organization brings together officers and activists, governments and citizens, and police departments and communities. The common goal is to implement evidence-based reforms to reduce violence and advance racial justice. 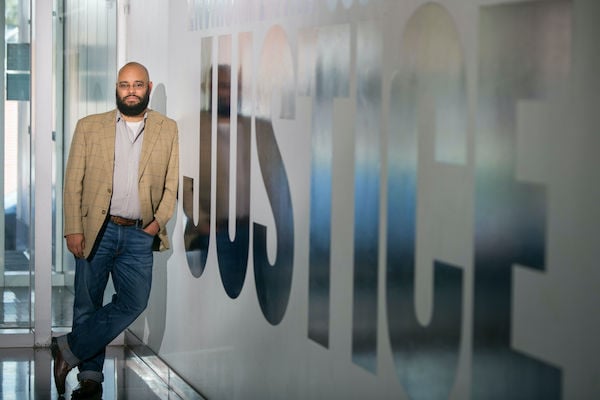 Dr. Phillip Atiba Goff is the CEO and Co-Founder for the Center for Policing Equity, the nation’s largest project focused on police-community relationships.

Rob Acker: Dr. Goff, you’re one of the most inclusive, bridge-building, and inspiring speakers I’ve heard. There is no better person to talk to about racial injustice and ending bias in our police departments. Can you share more about CPE’s crucial work?

Dr. Phillip Goff: The Center for Policing Equity is a research and intervention institution. We work with law enforcement and communities to help make policing less racist and less deadly. We do that by working with the data that they either do or should collect, and then analyzing it for disparities, among other things.

The reality is that the modest recommendation of measuring what matters is a radical solution because it guides culture. It sets a map of how we can actually make different decisions on how we’re policing.

RA: What got you into studying law enforcement and, ultimately, creating CPE?

PG: When I was writing for then-candidate Barack Obama, we realized there was no data on what police officers do. Police behavioral data is a black box nationally. So when the Police Chief asked us to put data together right after Trayvon Martin was shot and killed, we started building out the National Justice Database, funded by the National Science Foundation. It’s the nation’s first database that tracks national statistics on police behavior, and aims to standardize data collection across police departments.

Shortly after starting the process of building the database, Michael Brown was shot and killed in Ferguson, Missouri. The next day, I got an email from the Brown family therapist saying, “We could really use your help.” And now, six years on, we’ve built an infrastructure that is attempting to cover the United States with a management tool that can actually measure justice, not just crime–which is what law enforcement measures all the time.

RA: The data tells us that on average, Black people are 2-4 times more likely than white people to have force used against them. How does CPE use data like that?

PG: That use of force statistic is part of it, but what we look at goes beyond that because that’s just a correlation. It shows the size of the problem, but not how much the police are causing that problem, versus how much of that is poverty, unemployment, crime, or any number of things that are outside the purview of law enforcement. Police are asked to do too much with too few resources for things that they can never train their officers to do.

RA: That belief in a 360-degree view of the problem offers insight into where support for social services should be allocated is the crux of the ‘defund the police’ movement, right?

PG: Exactly. We work with activists and organizers in the community, in conjunction with the city. That collaborative partnership creates activists and allyships by doing a responsible diagnosis of the set of problems. In today’s climate, when people are talking about abolition and defunding, that map is even more valuable than ever.

At heart, we’re data scientists trying to leverage data to make the world a better place. The modest recommendation we make is we say, “Here’s a management tool that tells you how much of the problem you are.”

PG: The goal of the defund movement is giving resources to communities so they don’t have to call the police in the first place, so that when they’ve got a crisis, there are more options on the table. This is something law enforcement agrees with. You could have social services, psychological services, a set of child services that aren’t also deeply racist and problematic. You would have a set of things besides police so that the appropriate tool is responding to the appropriate problem.

My hope is that we don’t look away from this moment and we don’t get so exhausted. Juvenile attempts to talk about it result in stopping before we’ve actually made the progress that folks desperately need in the communities that have been so neglected for so long.

RA: What does change look like for you? What is the opportunity that we have right now in front of us right now?

PG: When we articulate the things that we really care deeply about, it’s easy to find alignment. That’s how change happens, and it’s what change is going to have to look like going forward. The reason why we aren’t where we want to be is partially because of a criminal failure of imagination. We as a society haven’t imagined what it could look like for these communities that are the most vulnerable if they had the option to take care of things themselves, and if they have the resources not to have to call the police in the first place.

The result has been a focus on fixing law enforcement, as opposed to this broader project of democracy and public safety and race. In this moment, that’s my hope of what the opportunity is. Not just fixing policing, but taking a clean break between the policing that was built to deal with slavery and Jim and Jane Crow and the public safety that we need now.

So, change will likely look like smaller police departments and more resources for black communities. It will look like a fuller accounting of the debt that’s owed to the communities that we’ve been screwing over, and it will look like a more community-centered approach for how public safety is defined and the institutions we set up for it.

RA: You’re capturing a tremendous amount of datasets to inform the many angles to this issue. What role do you see technology playing in helping you with your work?

PG: In a nutshell, Salesforce technology allows us to scale what is otherwise unscale-able. We use technology to digitize historical records of when the shootings were, when the protests were, when the community meetings were. All the little nuance that’s necessary to make sure that a city can make good on their plans to provide better public safety for vulnerable communities. What used to take a team of three PhDs between nine and 24 months to clean the data–not analyze it, just clean it–for one police department, now takes under 24 hours because of technology. You can’t scale these solutions if you don’t have technology, because measuring justice is harder than measuring crime–and it’s a more worthy thing.

RA: In doing this incredibly important work, what’s the biggest insight that you’ve gained that makes you look at the issue differently now than you did early on?

PG: If we imagine that the problem is inside the hearts and minds of people, we are truly and royally screwed. Racism is mostly about behaviors. We think about it as emanating from these terrible contaminated hearts and minds, but it actually usually works the other way around. Attitudes and feelings predict about 10% of behaviors at best, but behaviors are big predictors of racist attitudes.

Training and policy are important, but more important than those is culture. Culture eats policy for breakfast. How you change culture is a hard nut to crack. That’s part of the reason why our theory of change is to shape culture through access to the biases that you can control so that you’re held accountable to them in real time.

RA: How should we think about giving adequate resources to this issue if we want to get serious about fixing it?

PG: I was part of the largest federal investment in police reform in American history with the National Initiative for Building Community Trust and Justice. There were four organizations doing this work in six cities across three years and the total investment was $4.75 million. That’s the largest in federal history. Do the math on that. It’s about $75,000 per organization, per city, per year.

RA: I’ll end it with this–for those who ache for change, how can we help make an impact right now and in the long term?

PG: The most important thing you can do is don’t look away. Everybody with a heart has been engaged and activated in the last several weeks. But this has happened before. Every time, it’s slightly different. The inciting incident is sometimes a noose, sometimes a knee, sometimes a gun. This is not the last we’re going to see this. The only path to the light on these issues is through a pile of bodies, which means you got to do whatever emotional work you got to do to stay engaged now that the cameras are turning away and the window for momentous change is already starting to close.

But the one thing we always do at the end of this moment is we forget. I want it to be different. If this is going to be truly different, like we all felt like Ferguson was going to be, don’t forget.

Learn who your chief is. Learn who the head of your union is. Who has the authority to hire and fire? When is the next union contract up? Who are the local organizations actually making a difference? Figure it out, so that the next time, we as a country aren’t so ignorant about what people are doing in our name with our dollars.

That’s the most important thing that you all can do: don’t look away.

Follow the Center for Policing Equity on Twitter to learn more about their work to promote police transparency, equity, & accountability via research. 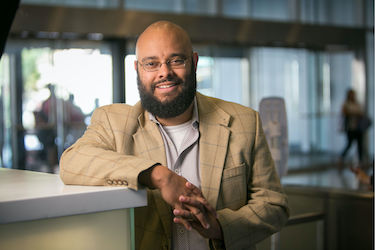 Phillip Atiba Goff is the inaugural Franklin A. Thomas Professor in Policing Equity at John Jay College of Criminal Justice. He is the co-founder and CEO of Center for Policing Equity, and an expert in contemporary forms of racial bias and discrimination, as well as the intersections of race and gender. Dr. Goff serves as one of four Principal Investigators for CPE’s National Justice Database, the first national database on racial disparities in police stops and use of force. 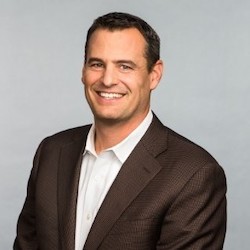 Rob Acker leads the business that enables Salesforce.org to be the most impactful nonprofit social enterprise in the world. He has responsibility for the management of Salesforce.org and focuses on delivering world-class technology to nonprofits and higher education customers.