We refer to the Nonprofit Success Pack as “The Foundation of the Connected Nonprofit” and say that it has “a flexible data architecture for every nonprofit.” But what are some of the things you can build on that foundation, and how can you customize that flexible platform for your organization? In this ongoing series, we explore how you can extend, expand, customize, optimize, and build on NPSP.

NPSP’s Membership Functionality
When we think of membership, we often think of buying a subscription to a magazine or something like that. But with nonprofits, that definition doesn’t quite fit the bill. For many nonprofits, membership signifies more of a donor level than anything else.

Say there’s a household purchasing memberships or donating certain levels of gifts that qualify for memberships over a multi-year period. When they first give, the fields from that opportunity — such as membership start date, end date and level — will roll-up and populate on the account, which has similar fields.

If they give different sized donations in different years, the account fields will be updated accordingly (though the membership start date will remain the same).

Those are the basics of how membership works in NPSP.

4 Things You Should Know About NPSP Membership 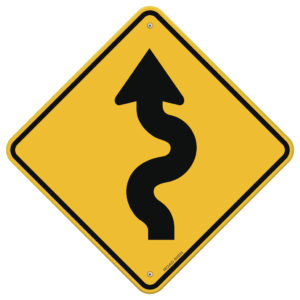 There are some limitations and nuances that you need to watch out for when it comes to NPSP’s out-of-the-box membership functionality.

2. Automation needed: You need to define and automate the process of adding up the total amount of gifts a donor has given and assigning the right membership level to them. If your staff members don’t like to do math in their don’t do this, you start getting some unhappy staff members. We’ll talk about ways to automate these processes below.

3. Renewal Periods
Let’s say a household’s membership starts on January 1. For the first three quarters, they’re considered members. And then Q4 is this special period for your organization where any gifts given in that period are special and count toward a renewal (i.e. count as a donation given the following year). But this special renewal period is not a part of NPSP out-of-the-box functionality. And we’ve found that a lot of organizations need that. 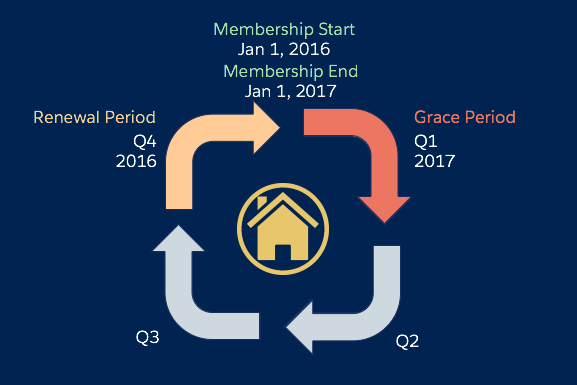 Let’s say a household gives a gift in 2012 that qualifies them for Basic Membership. They’re giving donations throughout the year, and then give a really big gift the next year which qualifies them for Major Donor Membership, which is a distinct program. So you update their start and end dates to match this new program.

Then, they continue giving throughout the year again, but that at the end of the next year, they haven’t given enough to re-qualify for Major Donor Membership. What often happens here is because organizations who are doing this are often manually doing a lot of this calculation in their head, you get a household turning into Wile E. Coyote and falling off of membership completely — even though they should still be at least a Basic Member.

But there are some easy ways to extend NPSP membership.

Let’s say you use a typical membership scenario of one year, so your membership start date is always the close date of the opportunity, and your close date is one year out from that. That’s a pretty consistent scenario that you can automate with Process Builder.

Another area where you can do some membership automation is with Forms. If you have donors sign up for membership online, you can use Forms to automate a lot of those membership fields for you. And we see a lot of organizations doing that.

Essentially, each month that the donor gives, they will move their membership end date one month forward. So whenever they stop giving, they’ll still have a full year of membership.

Another quick and dirty way to automate membership is to send reminders to donors with some schedule actions, or scheduled workflow rules. Instead of having a staff member determining whose membership will phase out this month, you can schedule that with email templates.

Idealist Consulting has done a lot of great work on NPSP with Oregon Humane Society, one of the largest humane societies in the nation that finds homes for more than 11,000 pets each year. They have over 25,000 active members in their membership programs.

Prior to Salesforce, Oregon Humane Society was handling their processes manually and doing calculations in their head.

Thus, there was a lot of opportunity for automation.

The first thing we did was create custom rollups with floating timeframes. They used to manually look back 60 days and add relevant donations to see if a new gift qualified the account for membership. NPSP automated that process in a snap.

They also manually determined whether gifts within the account’s renewal and Grace Period to see if a gift qualified for a renewal. We simplified this process by creating distinct rules for them in Salesforce. One of those rules was being able to add all of the gifts they give in both the renewal and the Grace Period. If someone gave ten dollars before their membership end date (i.e. during the renewal period) and ten dollars after (i.e. during the Grace Period or beyond), we’d add them together and make them equal a membership.

The final piece of what we did for Oregon Humane Society was recognizing that they had two distinct membership programs. Previously, they viewed them as levels, but they were actually tracking start and end dates for those different programs, and they were distinctive enough programs where we repeated the and built a second set of the same membership fields, but they became the major donor membership fields. We mimicked that functionality and created two systems for them and tied them together in ways so that as someone becomes a Member Donor Member, their Basic Membership stays up-to-date in the background, so you don’t get the Wile E. Coyote effect of them falling off the cliff.

To review, NPSP has a lot of built-in functionality that you can easily add on to and harness more powerfully with simple automation tools. But ultimately, if you try to group multiple gifts together to equal one membership, that’s when customization and automation should become key components of your strategy. And never question the power of custom code!