Building Better Lives: App for the Early Detection of Autism

As a parent, it’s easy to remember the first time you held your new born child. Then, the world was your child’s oyster and your hopes for your baby’s future were sky-high. Then, and now, you’d do anything in your power to give them the best chance of a bright future.

What would happen though if their development was not as you imagined? What if they were non-verbal, if they made no eye contact, or if they tantrumed endlessly for no apparent reason? How would you respond?

These sentiments have driven a very exciting volunteer project here at Salesforce.

Working closely with the Olga Tennison Autism Research Centre (OTARC) at La Trobe University, we have developed a smartphone app that parents can use to detect the early signs of Autism Spectrum Disorder (ASD). 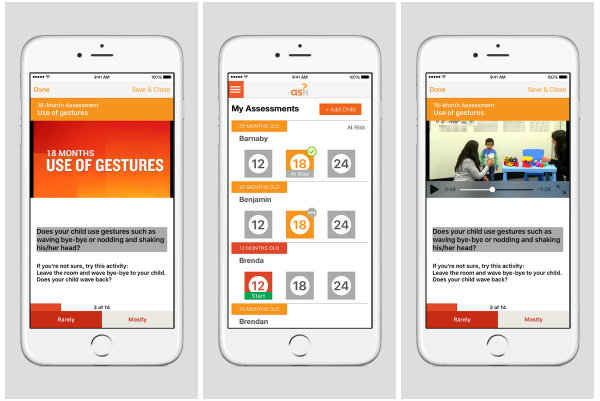 ASD impacts approximately 1% of the population, and in Australia is increasing each year. The ASDetect app, which launched on 14 February 2016, has the potential to significantly change the lives of many children and their families.

Why early detection of ASD is so important

Until recently, the average age for diagnosis of ASD was four to six years old. Yet OTARC research has found that early detection – at as young as 12 months – is not only possible, but fundamental to early intervention. The sooner therapy can start, the sooner the child can rejoin the social loop, learn from others, and improve their long-term quality of life.

To enable early detection of ASD, OTARC developed an assessment to aid the early detection in infants. The assessment has been used over the past decade by hundreds of child health nurses in Australia, as well as early childhood professionals around the world. It has proven to be more than seven times more accurate than the next best tool in the early identification of ASD.

This got OTARC thinking. What if the assessment could be made available to parents, too – so that you can assess your own child from the age of 12 months onwards, wherever you are in the world?

At Salesforce, giving back is at the heart of our culture. Our 1-1-1 philanthropy model enables us to look not only at how our technology can benefit our business customers, but also how technology can help the communities in which we live and participate.

OTARC came to us last year and said they wanted to make their research widely accessible through the development of a mobile app aimed at parents, and asked if we could build an app within two years. In the end, it only took us eight weeks.

ASDetect is the result of the dedication, expertise and collaboration by a very passionate team of volunteers at Salesforce. Leveraging our 1-1-1 model, we were able to build the app on a probono basis on the Salesforce App Cloud using our Heroku platfform and Heroku Connect to integrate the data back into Salesforce. It is now available on both iPhone and Android platforms.

ASDetect contains a number of questions, such as, ‘Does your child respond to their own name? or “Do they routinely enagage in eye contact?” ’. Each question has accompanying videos, showing typical and atypical behaviours at that age. Parents answer each question, and the results assessed by OTARC to determine whether the child is at risk of having ASD. 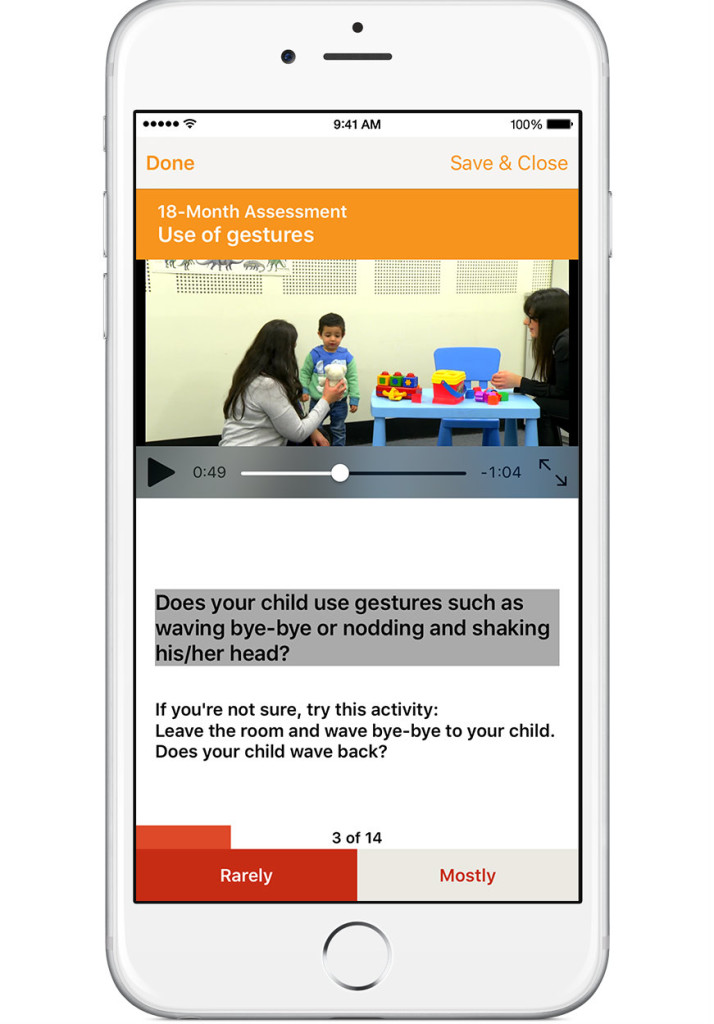 Parents are then sent information via a notification through the app, with advice as to whether they should seek professional help. If a child is identified as being at-risk, the support mechanisms kick in to ensure that the child benefits from early intervention.

It is important to note that ASDetect is not a replacement for professional assessment; however it will provide parents with an indication as to whether they should seek a professional opinion from a doctor at a time when intervention will have the biggest impact.

It has been immensely rewarding to work on this project with OTARC.

When we decided to take on the pro bono project, we put a call out on Chatter (our internal collaboration platform) to see who would be interested in helping. Within 24 hours we were over-subscribed and had to turn people down. It was incredibly humbling to see how many people believed in the cause and wanted to be a part of it.

The core team of developers, designers and engineers – based across three continents – had never met or worked physically togetherbefore. They collaborated via Chatter and used a highly agile development process to create ASDetect.

The project highlights our core culture of giving back as well as our commitment to improving the local communities we operate in. It has been extremely rewarding for everyone involved, and we are really looking forward to seeing the results of this important initiative.

Into the future, we hope to explore ways to roll out ASDetect to other markets around the world, and investigate whether similar things can be done for other health conditions. In the mean time, you can download the ASDetect app now from either the Google Play or iTunes store.

Thank you to Mike Burnside for inspiring us; to Rob Newell for managing this project; and our amazing team of developers Babu Duggirala, Ben Gottlieb, Dan Nufer, Mihir Panchal, Richard Enojas, and Rob Smith.