Salesforce.org Partners with Atlantic Re:think for Custom Film of the Boys and Girls Clubs

“Technology, and access to technology, is the great equalizer,” says Lorraine Orr, the COO of the Boys and Girls Clubs of America (BGCA), in a new film showcasing how Black youth are benefitting from better access to digital platforms. 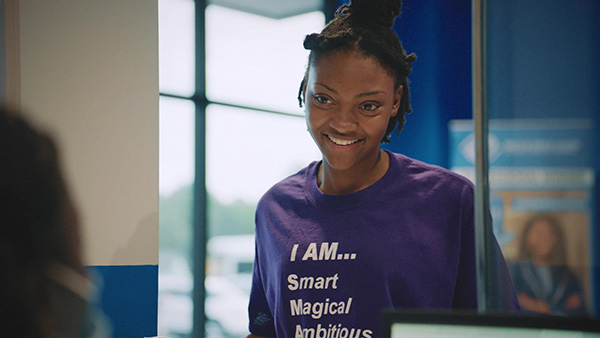 Salesforce.org partnered with Atlantic Re:think for a film about how the Boys and Girls Clubs are powering tomorrow’s leaders.

The video is a product of the partnership between Salesforce.org and Atlantic Re:think. Salesforce.org is also the technology partner for The Atlantic’s “Inheritance”, a critical reporting project about American history, Black life, and the resilience of memory. The short film, titled “Powering Tomorrow’s Leaders,” shares how the Boys and Girls Clubs movement is connecting local clubs with Salesforce.org technology — and building on its 160-year history in the process.

Serving more than 4.2 million young people nationwide, BGCA has turned to Salesforce.org Nonprofit Cloud to help the organization standardize digital technology across its more than 4,700 locations.

“It’s all about opportunity and infrastructure,” says Bob Mackey, the CEO of Boys & Girls Clubs of North Central Georgia, in the five-minute film. “It’s going to open up doors and help us become more effective and more efficient as we serve youth and community.”

As Orr continues to explain, a new club management system powered by Salesforce.org is going to allow a real-time data exchange between local clubs and the national BGCA headquarters. The system’s tools enable clubs to scan in members, account for those coming, and track the impact of the clubs on the people they service.

Brad Parr, the director of operations for Boys & Girls Clubs of North Central Georgia adds, “The technology built in through Salesforce.org will free the staff up to do what they’re hired to do, which is to work with kids.”

“Powering Tomorrow’s Leaders” also pays homage to the history of BCGA, which dates back to 1906, when 53 youth clubs banded together. Only one of those clubs — the Wissahickon Boys and Girls Club in Philadelphia — served Black youth. Its director was William T. Coleman, a Black educator who left a legacy of training young Black people with the skills they needed to take on jobs in Philadelphia.

The clubs became a place where kids could have fun and get the guidance and care they needed. The organization’s tradition continues in a story even better told through Salesforce.org technology. Coleman’s legacy remains as leaders are equipped with the tools to become even better role models. “Young people today, and particularly Black girls and boys should be able to look in any organization, particularly Boys and Girls Clubs, and see leaders that look like them,” says Orr.

One hundred and fifteen years after its founding, BGCA remains an organization dedicated to the power of human connection. As Mackey says in the film, “A high-five, a handshake, and a hug — that never gets old.”

Learn more about the Inheritance project and the partnership between Salesforce.org and The Atlantic.