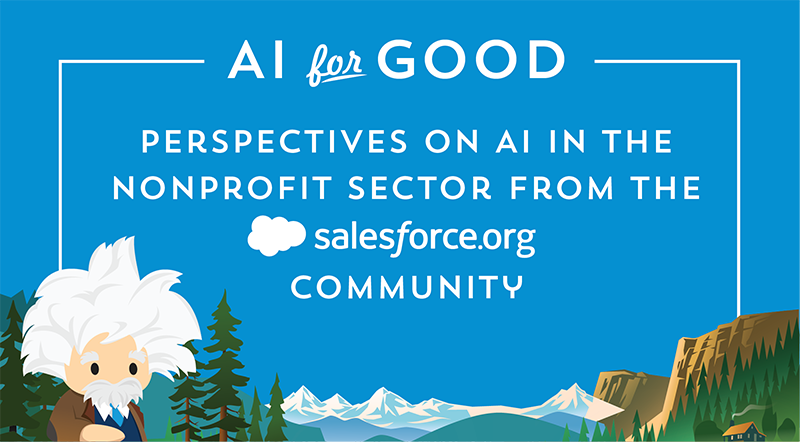 In the future, your emails to donors will write themselves. So how will your fundraisers spend their time?

While nonprofits are important leaders in addressing social issues, they have historically not been early adopters of technology. Indeed, for-profit companies typically adopt new technologies 3 years before the nonprofit sector does. Artificial intelligence, however, will change that.

Because of the amazing datasets that nonprofit organizations have collected over the past twenty years, they are well suited to lead the artificial intelligence revolution to make more of an impact, which we call AI for Good. Why should nonprofits engage in AI for Good? Because when a nonprofit has plenty of resources, they are in a better position to accomplish their world-changing missions of housing the homeless, feeding the hungry, protecting the environment, educating future generations, or anything else they are working on.

How can nonprofits use AI for Good?

Nonprofits can use AI for better fundraising; in particular, these three areas:

1. Greater efficiency for the individual fundraisers
2. More attention to rated but unassigned prospects (the top of the middle of the giving pyramid), and
3. Better use of institutional data instead of a focus on aggregating more data

Let’s look at each of these in turn.

If you’re a major gifts officer, you’re faced with difficult choices when you begin each day. You have limited time and your database has many more prospects than you could possibly review, contact and manage. As a former major gifts fundraiser, I know firsthand that what usually happens is that our fundraisers have to spend hours every day working through donor lists manually instead of having software learn their processes, prioritize prospects and suggest next actions per individual donor. Cheryl Porro, SVP for Technology and Products at Salesforce.org (@cporro_sfdc on Twitter), wrote an amazing article about how artificial intelligence can be used for good and pointed out that, “AI systems should be designed so that their goals and behaviors align with human values.” This is particularly true for our frontline fundraisers who bear the weight of the organization’s revenue and thus the organization’s potential impact.

Gravyty’s artificial intelligence is aligned with this paradigm by using the data that Salesforce holds, applying 17 different lead scoring algorithms, and using a set of neural networks to actually write the first draft of an email for a frontline fundraiser to a prospect or donor. In this example, AI has replaced the repetitive and monotonous tasks that major gift officers go through every day, which include: running reports, analyzing the data to pick the most important donors that day, conducting research in Salesforce and elsewhere on the internet, and crafting an appropriate, personalized message that helps that donor move forward in making their commitment to the organization’s cause. AI, however, does not replace human fundraisers but rather accelerates them – and that’s an important distinction.

When prospects are categorized as “rated but unassigned,” it simply means that no fundraisers are assigned to cultivate a relationship with them. This happens because the prospect pools are larger than the number of donors that their trained major gift officers can handle and almost every large and mid-sized nonprofit in the world struggles to cultivate these donors.

Take, for example, an organization with 37,000 alumni. In this situation, as with most donor pools, the top 10 percent of donors in the pool make up 90 percent of the donations, and 3,700 donors were rated at $100,000 plus. This organization, however, only has 10 fundraisers with portfolios of 150 each. The result: they are only managing around 1,500 hundred donors, leaving 2,200 donors with capacity totally unattended. As our major donors age out of our organizations, the rated but unassigned pools of donors will be the future revenue drivers for our organizations and they want more than a generalized annual solicitation mailer. This is where artificial intelligence can have a significant impact.

By using artificial intelligence to surface top donors every day, fundraisers now have the ability to communicate with double or triple the number of donors they were previously reaching. When First Draft is used (Gravyty’s self-writing emails), “unassigned” prospects immediately become “assigned” because staff members with minimal training can substitute for gift officers and manage the cultivation process. For example, one of our clients has generated significant returns on a portfolio that previously lay fallow when a fundraiser left their organization six months go. AI on top of Salesforce can democratize the process, allowing gift officers to be more efficient and non-fundraisers (administrative staff and volunteers, for example) to function as fundraisers on behalf of the organization.

From Data Storage to Actionable Intelligence

Data without AI is just more information; AI without data is just another algorithm. Put the two together and you have another kind of AI, “Actionable Intelligence.” Artificial intelligence products like First Draft produce an outcome in the form of a self-written email that is ready for action by the fundraiser, not only prioritizing prospects but also drafting unique and personalized messages to them. As First Draft scours the treasure trove of data stored in Salesforce, artificial intelligence can take the guesswork out of fundraising and provide actionable and personalized next steps that move donors through the pipeline at scale.

Nonprofits are already a force for change, making the world a better place. Now imagine organizations like yours with much greater resources because you can be more effective in your nonprofit fundraising. With Gravyty’s artificial intelligence combined with Salesforce for Nonprofits, this vision is a reality. Welcome to the future. 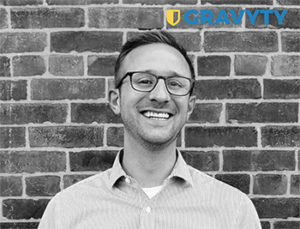 Adam is the CEO and cofounder at Gravyty, the first technology company specifically focused on developing artificial intelligence products for frontline fundraisers at nonprofit organizations.

Before starting Gravyty, Adam worked at Babson College as a major gifts fundraiser, which is where he developed the concept for Gravyty’s revolutionary software. Adam has a deep and personal understanding of the challenges that nonprofit organizations face while trying to raise money to support their causes and throughout his years as a front-line fundraiser, he has worked with thousands of donors and has helped nonprofit organizations raise millions of dollars.