May is Asian American and Pacific Islander (AAPI) Heritage Month, and I hope our Salesforce.org community has taken the time to read and put into action three ways to support the AAPI community, which includes learning about the history of Asian American racism in the U.S.

People of Asian descent tend to get lumped into a single group, but the Asian American diaspora is incredibly diverse. To truly honor all the individuals that make up the AAPI community, it’s important to tell the stories of different Asian Americans, be challenged to relate these stories to your own lived experiences, and begin to think about what true diversity and inclusion looks like.

To help us personally reflect and connect with these stories, consider reading through the questions from Terri Givens’ book, Radical Empathy: Finding a Path to Bridging Racial Divides. Through empathy and identifying shared values, we can bridge racial divides. Listening is step one to building allyship, as Santa Ono, president and vice chancellor of the University of British Columbia, explained in a recent webinar about celebrating AAPI Heritage Month:

“If people see you investing time to understand their situation, it’s a critical first step that you have to take, so that they trust you’re not working out of self interest,” Ono said. “Ironically, one of the first things you have to do is look at yourself and ask yourself, ‘Are you being impartial? Are you giving equal time to groups of people that don’t look like you?’”

We tend to describe a person’s point of view by their race or ethnicity. However, there are so many other characteristics that define someone’s lived experiences. That’s especially true for Asian Americans. Let’s deep dive into two nuanced perspectives that bring light to how different Asian identities must navigate American culture.

Around six-in-ten Asian Americans (57%), including 71% of Asian American adults, were born in another country. A common denominator across many Asian cultures is their encouragement for modesty and motivation for common good. Their emotional restraint and deferral to seek group consensus is often interpreted as a lack of initiative or leadership skill.

It’s important to call out that American-born Asians are raised with the same mentality and values, though they are innately exposed to and thus aware of the need to play into American individualism.

“We don’t talk about [cultural differences in communication],” said Grace Wang, executive vice president for research innovation and knowledge at Ohio State University. “We need to make sure people know that [modesty is] our culture: When we say something is good, it’s probably equivalent to great in Western culture. We need to communicate our culture.”

Cultural differences have been misconstrued for beta-like stereotypes: all Asians are quiet, Asians won’t fight back, etc. How can we undo these false and debilitating assumptions?

“Being in higher education, I see our social responsibility to empower this culture change through education, through mentoring, through working with our students,” Wang said. “Think about in the coming decades, if all our students understand the implicit bias, understand different cultural perspectives, we will truly empower a culture change that our generation has been struggling with.”

How Can You Relate to Foreign-born Individuals?

I have a friend who was born in Shanghai and adopted by a white family from Florida. Her parents adopted a second daughter from the same group home a few years later, and they were raised in a happy, loving unit of four. She grew up identifying as Caucasian and began to explore her relationship with her Chinese heritage when she moved to California after college. She recently confided in me that, as an adoptee, she was hesitant to feel like she can be part of the AAPI conversation — which just broke me because she is undisputedly part of it.

While we may have grown up with different cultures and perspectives, from what the world can see, she and I are the same, and thus, we are treated the same. In a world that always qualifies its individuals — the brown-eyed girl; the tall boy; the Asian girl — adoptees face the same inequality and discrimination that other Asian American do, and also must explain these challenges and how they impact them to their families. Their experiences are the same, if not more complex, as my own, yet judgements from both the Asian and American sides of society alienate them to feel like they don’t qualify as part of the conversation.

How Can You Relate to the Adoptee Experience? 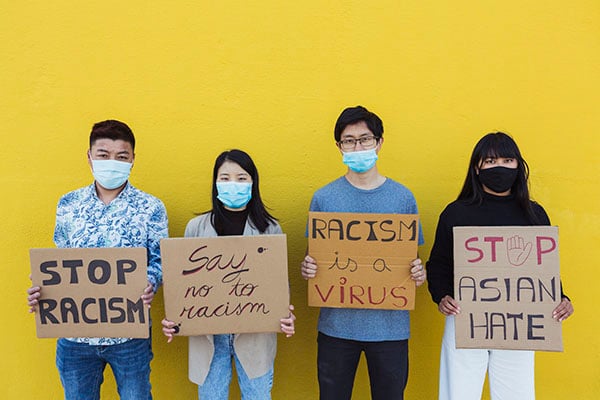 True inclusion is removing social defaults and recognizing diversity and unique perspective as the keys to societal growth.

Representation vs. Inclusion: Can Asian Americans Really be Considered Marginalized?

Asian Americans are known to earn acceptance to well-respected institutions and companies. I can’t tell you how many times I’ve been asked my opinion on affirmative action and immediately been told, before I can even speak, “Not like it would help you because you’re Asian.”

On the whole, Asian Americans do well on measures of economic well-being compared with the overall U.S. population, but — again — this varies widely among Asian origin groups. In 2019, the median annual household income of households headed by Asian people was $85,800, compared with $61,800 among all U.S. households. These overall figures hide differences among Asian origin groups, however. Households headed by Burmese Americans, for example, had significantly lower incomes than Asian Americans overall ($44,400 vs. $85,800).

Because Asian groups earn a healthy income and are well represented in the workforce, society will ask, “You do well, so why do you still feel ignored? Is AAPI actually marginalized?”

There is a difference between representation and true inclusion. So while the model minority myth tells people we’re hard workers and gets us the job, that’s all they see. There is a large disparity between Asian employees and Asian leadership. In higher education, AAPI makes up 12% of the faculty but only 2% are in department chair, dean, or provost positions. Too often, we are merely considered great worker bees.

“People use the analogy: just being invited to the party is not the same as being asked to dance,” Wang said. “Those are two very different things, so how do we truly empower that kind of culture and enable change? As universities, we’ve used the word “underrepresented minority” for a long time, but this is the time to rethink how we talk about diversity and inclusion and how we truly measure it.”

Let’s Get to Inclusion

What is true inclusion? Our goal should not be “to not see color or race,” particularly because we then cannot acknowledge that society currently has a “norm” that is defined by color: being white. True inclusion is taking away that default by recognizing diversity and unique perspective as the keys to societal growth.

It will take decades of systematic and cultural reform; however, I hope these thoughts help us take one step forward in realizing the nuanced and complex experiences within our diverse community. Beyond the end of this month, let’s keep honoring AAPI, Black, indigenous, people of color, LGBTQ+, and all identities by listening to their stories. With understanding comes empathy. With empathy comes the motivation to take action.

Read more from Kaitlin about how to support the AAPI community 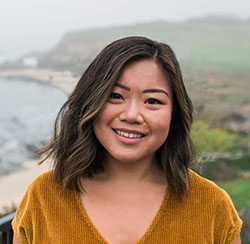 Kaitlin Lee
Senior Business Analyst, Salesforce.org
Kaitlin was born and raised in Chicago with parents who immigrated from Hong Kong. She identifies as a 2.5th generationer – of which her father came to the States when he was 18 years old and her mother when she was just 5 years old. Having lived in Chicago, Hong Kong, Washington DC, Los Angeles, Central California, and the Bay Area, Kaitlin has experienced what it means to be Asian American in many different lights, as its meaning in society changes depending on geographical demographic and culture. She contributes to Salesforce.org on the Marketing Operations team and sits in San Francisco.