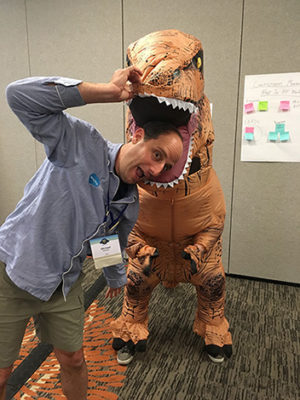 Open source collaboration can be fun! Michael Kolodner and Jace Bryan (#Sprinty) at the Denver Sprint in July.

Have you ever wondered how to bring something new, like a feature, or a document, or a tool, into the Salesforce world? Thanks to the power of Open Source Community Sprints, like the next one coming up in Portland in October, it’s not as mysterious as some might fear. It’s a five step recipe for success:

Follow those steps. Add a dash of “can do” spirit, a heap of community members, snacks, meals, and a good dose of hotel wi-fi. Season to taste with meals, conversations, fun, and T-Rex visits and you’ll be delighted with the results, I guarantee it! 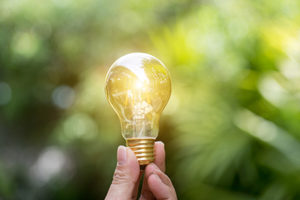 We’ve all had that moment where we thought, “Wouldn’t it be nice if…” Sometimes we answer our own musing by building something in Salesforce for our colleagues or our clients. But when you’ve dreamed up something that is outside your abilities, or too big to take on amidst your other work, you may have found an Idea ripe for a Sprint. You won’t necessarily know that until you discuss it with others.

As soon as your “what if” is formed enough to be put into words, put those words into the Power of Us Hub. You might not even have a fully formed question. But if you can capture the basic outline, the “essence” of the idea, you can throw it out there for others to start chewing on. Tag a Hub group or a thoughtful friend or two who can kick off the discussion. This is the opportunity for flavor to develop in your mind and the minds of others.

I started a thread a few months ago about a minor modification to the Lightning for Gmail connector that I’d like to see become a reality. It was quickly made obvious that there was interest beyond just me and my users. As that interest grew, I could see that the thread deserved the inclusion of the hashtag #SprintIdea.

However, tagging something as a #SprintIdea in the Power of Us Hub doesn’t mean it’s going anywhere at the next Sprint. The idea needs to call attention to itself on the right day! The first activity of a Sprint is a giant brainstorming session among all the attendees that we call Stickypalooza. With direction from the Community Sprint Facilitator and support by the Sprint Coordinators and Topic Leaders, attendees brainstorm ideas on post-it notes around the room. 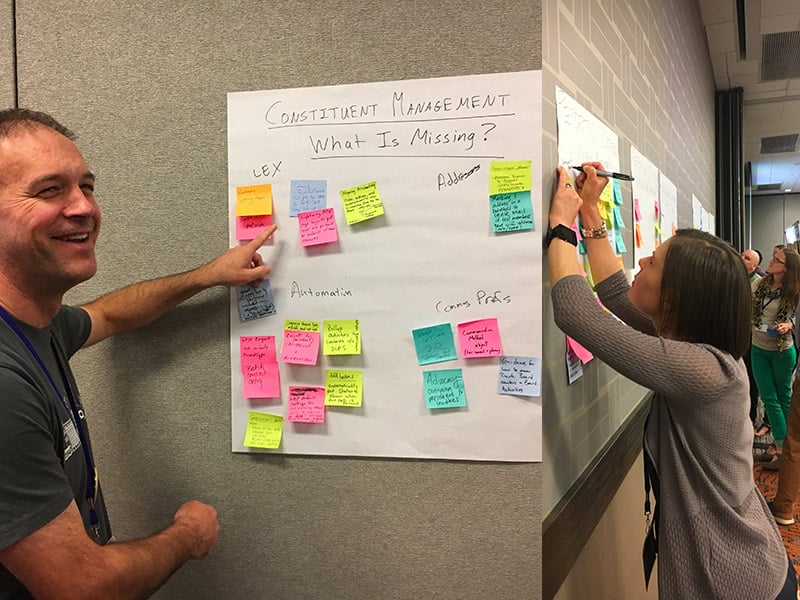 Prioritizing ideas can be fun!

In a mad scramble we all grab a pile of sticky notes and a Sharpie and begin to write our list of What’s missing, What we like, and What isn’t working as it pertains to each broad topic of “Salesforce and Nonprofits/Education.” Then we stick those sticky notes up on the wall. With help from community members that have volunteered to be Idea Traffic Cops (a.k.a. “Sprint Coordinators”) and Sprint Topic Leaders, the room is prepared with some theme landing zones. Most stickies will fit into broader categories and that is when the Coordinators and Topic Leaders help find them a home. 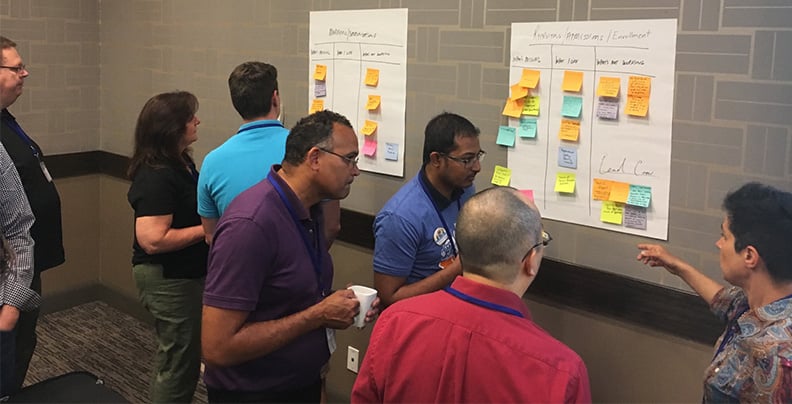 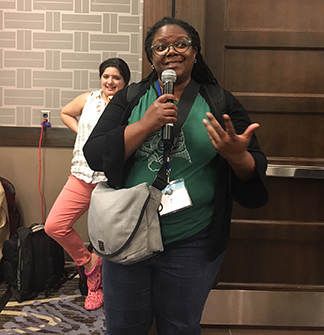 Joy Dixon from Salesforce.org speaks at a Community Sprint

If you’ve come all this way and you still have a passion about the “what if” you started so many months ago, it’s time to turn thought leadership into regular leadership. Grab a microphone, pitch the idea you want to work on and ask others to come help you.

Once Stickypalooza had finished, I still thought my component idea was interesting enough that I would devote my Sprint time to it. (But make no mistake: there were plenty of other projects getting started that were of interest to me as well. I was very torn.) So, I grabbed a microphone and asked if there was a coder in the room that would be willing to help me build a Lightning Component. 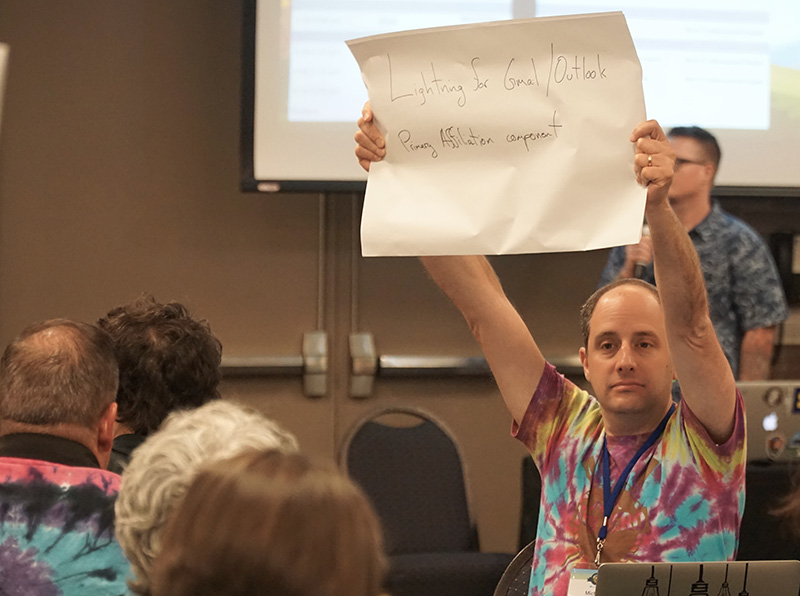 The author shares his idea with the Sprint crowd.

From the far corner, Chris Yao said he would help. We had never met. Chris barely knew the outline of the problem I was describing, but he heard my ask for someone to code and he answered the call. That is the Sprint spirit!

Suddenly, Chris and I were a team. I grabbed a table and declared that it was be the nexus for the Lightning for Gmail/Outlook Component group. My project was real.

Several more people came to join our table, including two more coders (Dhruv Khattar and Chris Vaughan) and people that understood the need for their users or their clients (Emma Bloksberg-Fireovid, Matthew Poe, Collin Zimmerman). With a team of rockstars like that, it was clear that this project is going to happen! 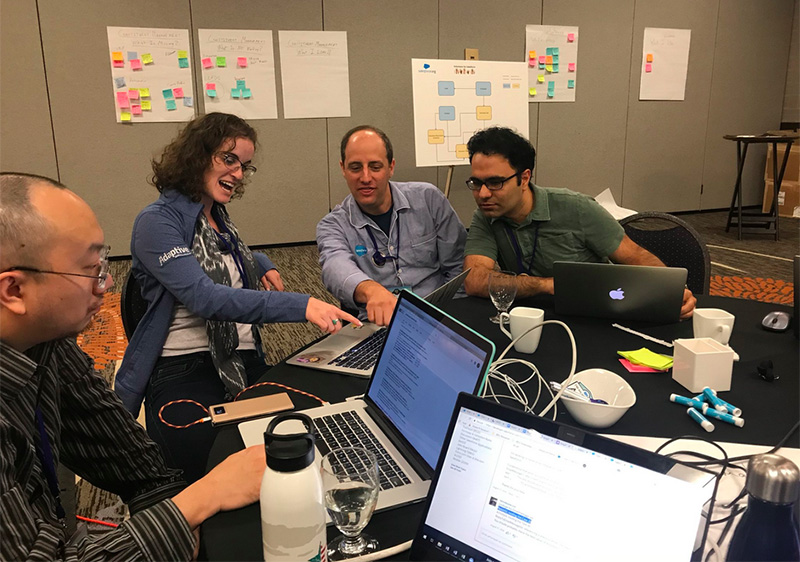 That’s all it takes to bring a Sprint idea into the world. Our team has some collaborative work to continue in the next several weeks to finish our component and release it into the world. Or maybe we’ll have to gather again at the next Sprint in Portland to put ourselves over the finish line. Would you like to help us or lend your expertise to some other project? Then register now for the Portland Sprint and I’ll see you on October 24th! 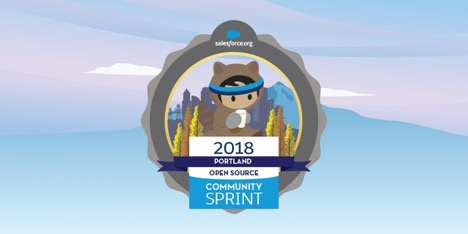 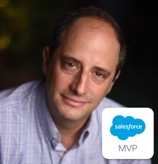 Michael Kolodner is an “accidental admin,” Salesforce MVP, and active member of the Power of Us Hub. He loves to help nonprofits use technology and data to work efficiently, solve problems, and make the world better.

Here are 7 nonprofit organizations working to combat sex trafficking, human trafficking, and modern slavery, while rehabilitating victims of these…