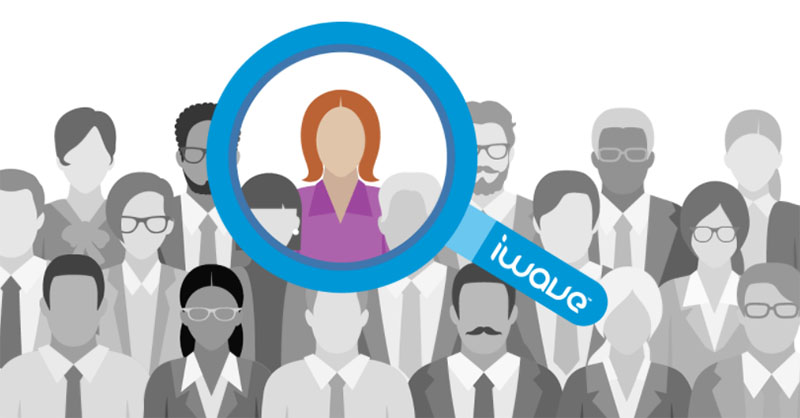 Whether you’re in the early stages of launching a capital campaign, planning an event, or just trying to hit your annual fundraising target, major gift donations are a must! This begs the question – is every nonprofit focused on major gifts in the same way? It doesn’t appear so.

In a survey of 700 nonprofits in North America, nearly 60% of respondents said their organization has no major gift strategy. This is surprising, because 54% of respondents said major gifts are “absolutely vital” to an organization’s success. This stark contrast may arise from the fact that roughly 68% of nonprofits do not have a full-time major gift fundraiser. Okay, how about a full-time prospect researcher then?

There appears to be a disconnect. Nonprofits need and want major gifts, but three out of four nonprofits say the reason they don’t pursue major gifts fundraising is that they haven’t invested in the necessary resources and strategies. These statistics beg the question: are major gifts even worth the hassle?

The answer, in brief: yes!

How to Define a Major Gift 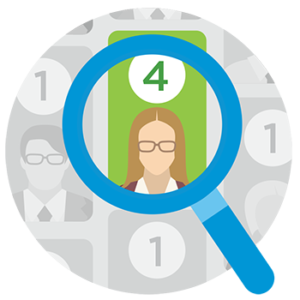 Before jumping into the “how,” let’s define a major gift. According to nonprofit consultant Amy Eisenstein, “Major gifts constitute the largest donations a nonprofit receives. [However,] the exact dollar amount that’s considered a major gift varies from organization to organization.” This means the “right” major gift is all about context. During her career, Amy worked at a local shelter where gifts of $1,000 were rare and considered major. Compare that to her time at a higher education institution, where a gift wouldn’t be considered major unless it was over $100,000. For some organizations, $100,000 might still be too low to be categorized as a major gift.

Since major gifts consist of large sums of money, they are relatively rare. Typically, only about 10-15% of your donor base has the ability to become major gift donors. Don’t despair though; they are worth it. The right major gift could give your entire organization the breathing room it needs to accomplish your mission.

Whether you are a fundraiser, prospect researcher, head of development, or a little bit of everything, here are some strategies you and your team can use to boost your next fundraising campaign…and hopefully score a few major gifts.

Use Wealth Screening to Uncover Your Hidden Gems

If you read iWave’s blog series on wealth screening, this strategy will sound familiar. A fundamental part of uncovering ‘your’ major gift prospects is screening your donor CRM.

Screening focuses your fundraising strategy by helping you segment and prioritize your best prospects. By screening early and often, your research stays focused, which means less time and fewer resources spent on prospects that aren’t going to deliver exactly what you need.

In the fundraising world, few things are worse than getting burned by an ill-informed gift ask. Maybe you have spent hours working on a prospect profile thinking the person will be a slam dunk, only to get burned in the meeting. Looking back, you see the prospect had an affinity to your cause, and is philanthropic. But a good screening platform would have revealed they simply don’t have the capacity to donate a “major gift.”

Even if you have hundreds, thousands, or hundreds of thousands of “prospects” in your Salesforce CRM, like Nonprofit Cloud, development teams still often feel like they have exhausted the major gift potential within. There is good news though! It’s easier than you may think to uncover new major gift prospects with capacity and interest in your cause. These people could be donating large gifts to organizations similar to yours, or maybe they live on the same street as many of your other well-to-do donors. To find these distinguished philanthropists, you simply need a prospect research tool and a little bit of digging.

How Do You Get Started?

In prospect research platforms like iWave, you can build prospect lists using many types of data. But the process starts with determining a “theme” for each list. Are you looking for wealthy CEOs in your city? How about out-of-state foundations that support organizations similar to yours nationwide? Or maybe you’re trying to learn how many of your alumni have paid off the mortgage on their vacation home? You can leverage a variety of filters and search queries to quickly generate lists that pull in large numbers of prospective donors. From here, you can segment further to focus on gathering fundraising intelligence for the top prospects identified. This cheat sheet from iWave outlines how to build the following 5 prospects lists: Executives, Foundations, Distinguished philanthropists, Wealthy property owners, and Insiders.

People don’t contribute major gifts in a vacuum. They give to make a positive difference. Did you know that many wealthy philanthropists will donate a small sum of money first to see how you “handle” their donation? To attract lifelong donors or to increase your major gift ask, you must show the donor how their gifts of time, money, or expertise are helping your organization and furthering your cause. Remember – an informed donor is a loyal donor.

Researching your prospects is vital to making educated gift asks and vital for speaking to donors in language that resonates with their passion and interests. Research can help keep the entire development team informed about changes in the donor’s life and financial situation. 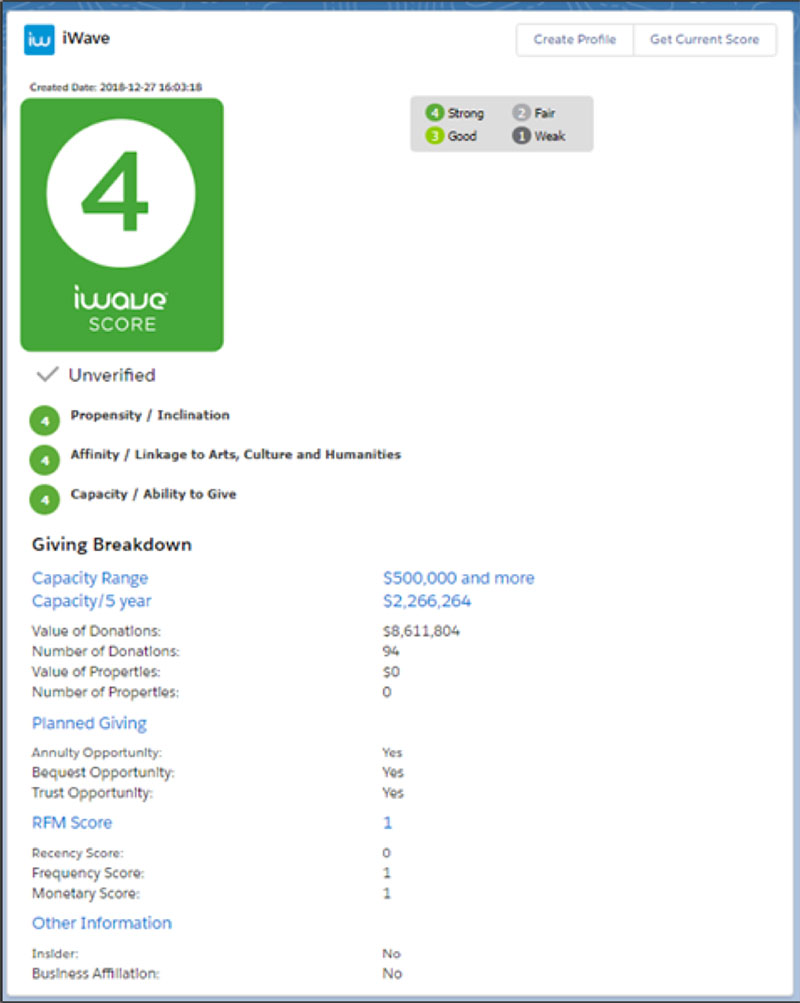 Prospect research tools like iWave bring this wealth, philanthropic, and biographic information together in one place. You’ll uncover information such as real estate holdings, previous charitable donations, foundation affiliations, employment information and compensation, and relationships with other noteworthy individuals.

Time to Get Started!

Major gifts are an important part of any strong fundraising strategy. Finding those major donors doesn’t have to be an overwhelming and daunting task. Following a few strategies and adjusting your focus will have those major gift donors knocking down the doors of your nonprofit to hand over their money (we hope!). The fact is, there is always much more you can learn about major gift fundraising. iWave has an e-book on getting more Major Gifts from Major Donors. Inside you’ll learn more ways to leverage fundraising intelligence to fuel your prospect development pipeline. 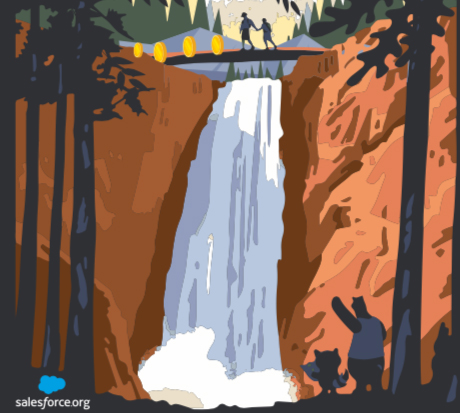 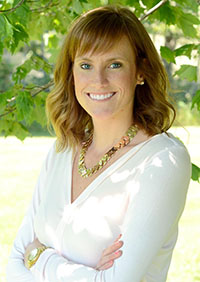 Jill is the VP of Marketing at iWave. Jill leverages expertise in innovation and marketing to assist iWave in the creation and development of new products and features that will help nonprofits fundraise with confidence. She has a passion for talking to and learning from clients and using their feedback to ensure iWave products are tailored to user needs. iWave is an industry-leading prospect research and wealth screening provider with the wealth, philanthropic and biographic intel you need to present the right ask to the right person at the right time, empowering you to fundraise with confidence.