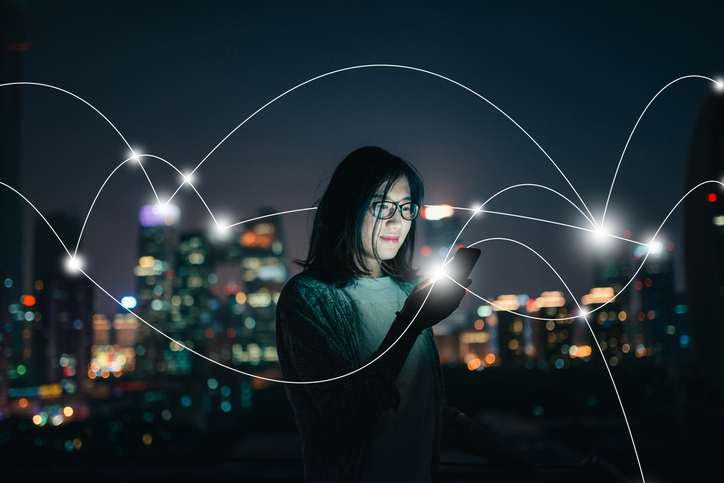 2017 was a turbulent year across the globe, with natural and manmade disasters on the rise, putting tremendous pressure on nonprofits and their resources. However, that didn’t impact the rate of new technology adoption across the sector – if anything, it’s made those working in the third sector even more determined to develop and progress innovation in order to increase their collective impact and to tackle the world’s problems head-on.

With that, let’s look at some of the emerging trends in nonprofit technology that started to gain momentum in 2017 and that are going to come to the fore in 2018.

2018 will be the year nonprofits get to grips with blockchain

If you haven’t already heard of blockchain, prepare to become a lot more familiar with the term in 2018. It has been described as the technology that will ‘redefine transactions‘ and has the potential to disrupt just about every industry in some way shape or form. But what is it exactly?

Blockchain is the technology behind cryptocurrencies like bitcoin.The most commonly used definition is that it acts as a public digital ledger where information or anything of value can be managed, stored and recorded securely. Blockchain distributes information across a network of computers rather than a centralised network which makes it practically impossible to hack or tamper with. It also removes the need for ‘middlemen’ such as banks and other financial institutions.

The biggest impact for nonprofits is the potential to remove much of the complexity and cost of making financial transactions. It also enables nonprofits to deliver financial aid to areas where they have had difficulty reaching before. Early blockchain adopters, The United Nations World Food Program (WFP), have already built a pilot program called Building Blocks to distribute food vouchers to 10,000 refugees in Jordan and have plans to expand this to 500,000 people in need around the globe where WFP operate in 2018.

3D printing has come a long way since its creation. Today, it’s carrying out tasks most thought would not be possible in our lifetime. So, what does this mean for the nonprofit and development sectors?

From printing parts for taps and faucets in the Lebanon to improving sanitation in developing countries to building prosthetic limbs for amputee victims of the Syrian war – 3D printing is already making a huge impact.

Looking ahead to 2018, 3D printing technology will continue to become more intelligent and easier to use, but the most exciting part is the price of 3D printers, which is set to plummet as demand continues to increase at an astronomical rate making them much more accessible to nonprofit organisations.

For organisations providing aid in developing countries, this is going to be a game changer. It will not only reduce the cost and the amount of equipment aid workers need to bring to disaster areas, but it can also help them increase their impact. Most aid workers don’t know what they will be faced with in the field – having a 3D printer means they can produce a range of resources onsite.

Currently, 60 to 80% of humanitarian aid is spent on logistics and shipping, which adds $10–$15 billion annually on top of other aid costs. The use of 3D printers is set to help cut these costs dramatically.

Once seen as a technology that only had a place in Hollywood blockbuster movies, Artificial Intelligence (AI) is now widely adopted and understood across all sectors. It can impact and influence every organisational department, from finance to marketing, to operations, and of course – analytics and insights. Will AI play a more critical role in how nonprofits operate in 2018? We think so.

First off, what is AI? Well, in most cases, when we refer to AI we’re talking about machine learning techniques which use algorithms and data to predict trends and outcomes based on what is already known. Nonprofits are already collecting data across multiple areas, like field data, fundraising data, impact data and program data –  with AI technology they can finally understand the true value of their data and use it to grow their reach and maximise their mission impact.

Salesforce Einstein is the latest technology from Salesforce that incorporates AI features and capabilities across the platform. It’s constantly learning more about your business model based on how your organisation is using Salesforce. Using Einstein, nonprofits can get predictive insights into fundraising and marketing and they also can also use it to measure their outcomes and impact more effectively. Check out some of the ways nonprofits can use AI to get more value from their data in this blog.

Would you like to know more about how you can transform your impact using data in 2018?