Today is Martin Luther King, Jr. Day. What’s the purpose? To begin your week, and your year, in the same spirit of building, service, and advocating for equality that Dr. King exemplified.

Here are a few ways to learn more about our shared history, Dr. King’s legacy and ways to give back while carrying his legacy forward.

You’ve probably heard the phrase “I have a dream” at least some point in your childhood. If it’s been a while since American history class, listen to the whole speech today. It’s only 16 minutes – about TED talk length – and is sure to inspire. The speech was given in 1963 at the March on Washington at the Lincoln Memorial, where 250,000 people showed up to protest racial injustice.

2. Read “Letter from a Birmingham jail”

One of Dr. King’s most famous writings, “Letter from a Birmingham Jail” talks about why nonviolent resistance to racism is important. It emphasizes why direct action to break unjust laws is needed, rather than waiting for justice or equality to arrive. Birmingham was one of the focal points of the Civil Rights movement in 1963, since Birmingham was one of the most racially segregated cities in America. Nonviolent resistance to unjust laws eventually influenced the passage of the Civil Rights Act of 1964. 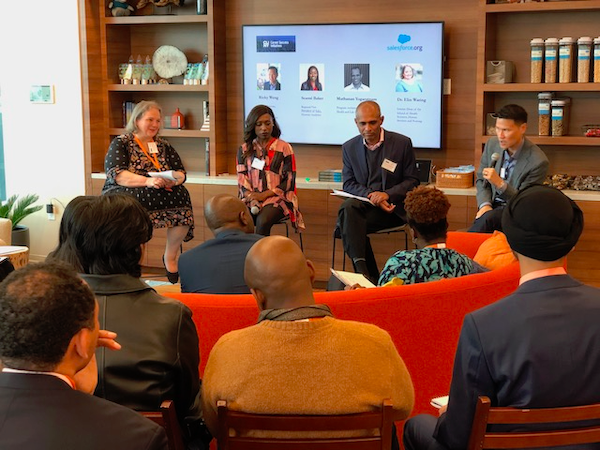 We see allies on a journey that range from curious to courageous. Allies may be on all stops along this journey. Some may be curious and want to learn more, while others may be further along the journey and be courageous allies, ready to use their platform to advocate for a community.


At Salesforce, we define the principles of being an ally as asking, listening, showing up, and speaking up for one another. This doesn’t necessarily mean you agree on every single issue — but it does mean that you support others and use your platform for change.

Having courageous conversations about race and injustice isn’t easy. Resources like the UNtraining, Beyond Separation, and Showing Up for Racial Justice (SURJ) can be helpful and also have specific workshops you can attend. For more on what you can do to drive equality and be an ally in your workplace, check out the Cultivate Equality at Work Trail.

Many cities have a local MLK march or volunteer activation. Showing up for your community has a great impact. For example, at Salesforce, we marched together as one company in our local MLK marches the last few years — learn more here.

Speaking up starts with learning about the issues and better understanding how you can be an ally of racial equality — whether through reading some of the authors mentioned above, or staying current on issues that impact us today with newsletters like Fortune’s Race Ahead or the New York Times’ Race/Related. Once you have that foundation, you can begin to advocate for change — whether in your workplace or by getting involved in local politics. 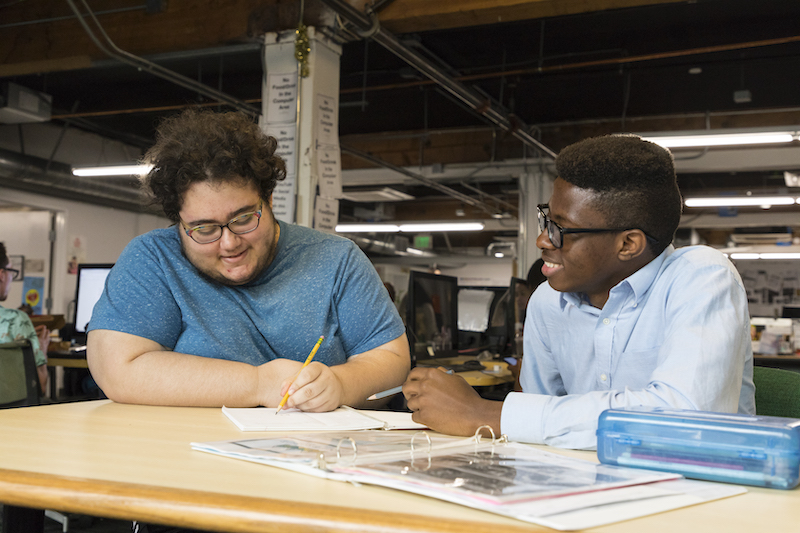 There are many civil rights issues that still need to be addressed today. As the NAACP has noted, African Americans are incarcerated at more than 5 times the rate of whites, and though African Americans and Hispanics make up approximately 32% of the U.S. population, they comprised 56% of all incarcerated people in 2015. Additionally, the black-white wealth gap in America persists, as the average wealth of a white household is still seven times that of the average black household, decades after civil rights legislation and the Great Society program that fought poverty. African Americans make up 40 percent of the homeless population despite only representing 13 percent of the general population.

The good news is that nonprofits like Larkin Street Youth Services are working to help address homelessness. Larkin Street recently launched a new strategic plan which affirms that solving homelessness for all begins with solving it for youth of color and LGBTQ youth. In addition to offering direct services like housing, healthcare and education, Larkin Street centers youth of color by amplifying youth voice and leadership, both internally and externally, while focusing on relationship-building. And it works: three out of four young people are no longer homeless after completing Larkin Street’s programs. You can support their work here.

As we know, media and advertising has the power to shape and influence the world around us. As companies, we have the power to use our platforms for social change and create content that reflects and empowers communities of color. Check out the Inclusive Marketing Practices Trailhead here, or read the blog about inclusive marketing.

When you’re building your team, make sure you’re recruiting from a diverse pool of candidates. Consider working with organizations like Year Up, Black Girls Code, and MLT, to create internship and apprenticeship programs.

Talent is everywhere, but opportunity is not. Volunteering with a local workforce development program can be a great way to make an impact for Martin Luther King, Jr. Day, or any day of the year! You can find ways to serve your community in this list of MLK Day of Service opportunities from the Corporation for National and Community Service.